All Grown Up: How Revisiting My Favourite Films Years Later Changed my Perspective

I distinctly remember watching Legally Blonde. I was about 12 years old and tried really hard to be cool by having a key from my journal attached to the small hoop in my ear. That was obviously not an original idea but I seemed not to care back then.

Legally Blonde was a light, but an entertaining comedy with Reese Witherspoon in her iconic leading role. I watched it once and forgot about it for a while. It was 11 years later when I returned to it. I had already graduated University, relocated across the ocean, and was trying to find a job in my profession. After re-watching the film, I was astounded by the way it displayed the power of women, the prejudice that was candidly related to the colour of someone’s hair (sic!) and the way Elle Woods prioritised education over her relationship. What can I say? I was shocked, and I reflected on it for some time when I concluded that somewhere in your life, everybody should stop for a moment and re-watch some of their favorite movies to see, not how the films themselves change, but how your perspective changes while growing up. Legally Blonde was such a nice surprise for me. I realised then that appearances may be more confusing than we think and maybe we should pay less attention to them and more attention to the actual person inside.

The changes I’m talking about don’t transform distinctively with big steps and turn your world upside-down. No, they creep up on you with little details, itty bitty things you never noticed before but now make so much more sense. It happened to me again after I got married, and a couple of months later I saw Mr. and Mrs. Smith. Suddenly, it wasn’t only a simplistic romantic comedy about spies; it was a picture that painted marriage and all of its problems- mostly connected to communication (or lack thereof) between partners. I was watching Angelina Jolie and Brad Pitt in their roles of Jane and John, and at the same time making notes for my wife that compared her and the personality traits of the characters, because she obviously had to know all about it. I suppose I was rather happy that I found a piece of pop culture that I could relate to together with my partner and our domestic life. 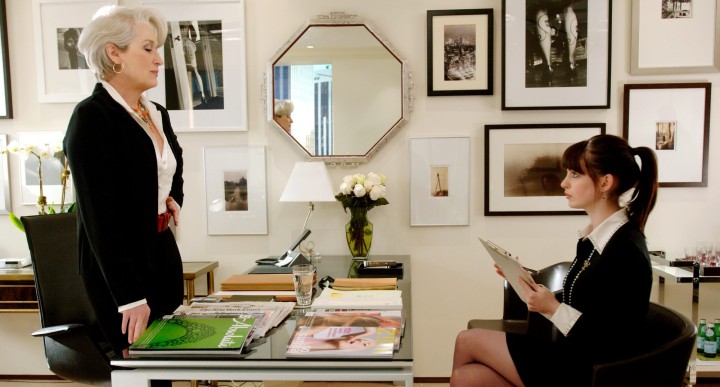 However, before I revisited Angelina Jolie and Brad Pitt’s roles, I had a very intense meeting with Miranda Priestly (Meryl Streep) and Andrea Sachs (Anne Hathaway). The Devil Wears Prada was a delightful comedy depicting an ice cold boss and quirky journalist at the beginning of her career trying to make it in this big, evil world. Andrea Sachs, by the way, sounds a lot like me.  I was probably in high school at the time, and the most astounding thing I found in this movie was Meryl Streep’s glorious hairstyle. Quickly after graduating, I found a summer job in my hometown. It was my very first job, and I took it seriously, but sadly, I was being taken advantage of to the point of me regularly crying after work. The employers mistreated my friend and me, and it instantly reminded me of The Devil Wears Prada. It occurred to me then that this is not a comedy, this is a pretty much a horror documentary, because people really go through this abuse from their employers. I realised then that no job is worth something like that. Being around someone like Miranda Priestly might be tempting, but as soon as I am being taken advantage of, I’m done. That summer, I ended up pulling myself together and survived two months of working there, but after I went to University, I promised myself that I will never work full-time somewhere, where they don’t treat people right. I suppose in this case The Devil Wears Prada revealed to me a rather bitter truth that I couldn’t grasp.

I would advise everybody to come back and revisit their favourite films. I remember I watched Practical Magic when I was relatively young and was into witches (I still am). I returned to it after a Stevie Nicks concert that changed my entire being, but that’s a whole different story. Sandra Bullock and Nicole Kidman did such a fantastic job playing sisters. It was a film about being a witch, but first and foremost, about being in a sisterhood. You can be blood-related or not, but Practical Magic revealed to me that people seldom don’t fit in, but you don’t have to make them feel bad about it. And for the people that don’t fit in in some social group or maybe in their own family for many reasons – you’ll finally find someone who will get you. As Misty Day from American Horror Story mentioned, sometimes people have to find their tribe to feel complete. It made me feel warm in my heart. I thought about my siblings as well as my two female friends who are like my sisters and immediately felt complete. In the same time, it made me more cautious. I feel like it helped me realise that I should be more understanding and empathetic while talking to other people. Practical Magic also opened my eyes on the subject of women supporting women. I now try to always be supportive of them, because let’s be honest – we have enough enemies already, we don’t have to become our own. 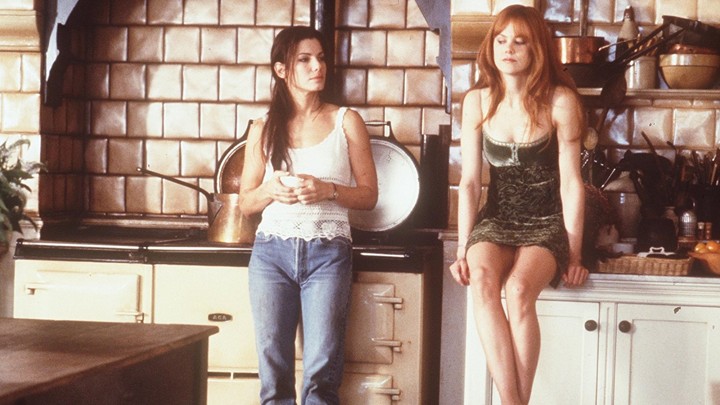 There was another film that made me reflect on its essence for a good two weeks. It was The Matrix trilogy.  I saw it for the first time on my 12th or 13th birthday. I obviously got an unconscious crush on Carrie Anne Moss as Trinity and wanted Keanu Reeves to be my buddy, but sadly, that didn’t happen (maybe one day?) After watching it for the first time, I became immensely obsessed with The Matrix and its world, but I didn’t fully grasp it back then. I didn’t know that The Matrix has various important metaphors and connections to Greek Mythology as well as the Bible.

The central idea of The Matrix was that we live in an artificial world, and only some people can break free. Zion, the lost city, created by the Wachowski’s in the second film, was inspired by the mountain in City of David that first appeared in the Hebrew Bible.  It’s an embarrassment to admit, or maybe not, but I only just found out about some additional aspects recently. I suppose it’s one of those films that make you find something unconventional every time you watch it. I sometimes still don’t know how The Matrix changed me. I believe it gave me some sort of sensitivity that helps me look at films differently. I noticed that whenever I watch something now, I see the way the camera moves, the way colours play such an important part in the whole picture or connections to pop culture in some films or series.

I know that I’ll have many more films in the future that will become relevant to certain stages of my life and I can’t wait to discover them anew as I continue to get older. It’s something satisfying to be able to see the motion picture with a new perspective, newfound maturity, and different experiences.