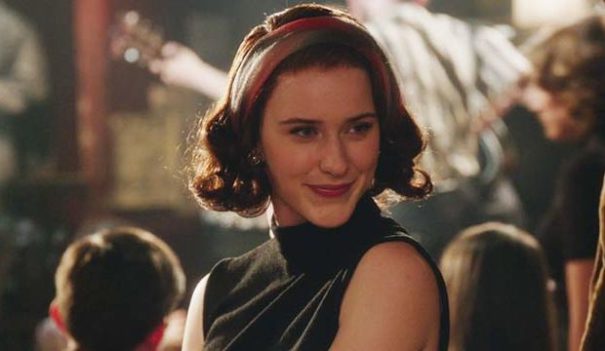 It’s nearly the end of my summer and I’ve had a lot of free time to search through categories, follow obscure recommendations from friends and discover works of actor’s filmographies. So, in no particular order, here are some shows that I think you should think twice about scrolling past on Amazon Prime:

Following the intertwining destinies of Tyrone Johnson (Aubrey Joseph) and Tandy Bowen (Olivia Holt), this is the latest Marvel television endeavour with a fresh cast that doesn’t disappoint. Traumatic events bring out contrasting powers within our heroes – one with teleportation and the ability to see fears, the other a dagger of light and the ability to see hopes. Mirroring the struggles of each other and those around them, a web of mystery is built up involving police cover-ups and the nefarious exploits of the Roxxon corporation. With the back-drop of New Orleans and a voo-doo priestess who predicts history will repeat itself, the parallel of an epic mythical tragedy with the modern struggle against racism and corruption make it a fascinating comic book adaptation.

Tyrone: “It’s like you’re afraid if I don’t do everything just right – perfectly – you’re gonna lose me.”
Adina: “Oh baby, I wish it were that easy. I’m afraid that even if you do everything perfectly I’m going to lose you.”

I’ve decided if I could resurrect a show from cancellation, this is the one. Created by Abi Morgan and set in the late 1950s, The Hour is the topical news show you cannot miss. Privileged broadcaster Hector Madden (Dominic West) joins an intimidating team of investigative journalists who navigate political landmines to expose a world of scandal and intrigue. The current affairs capture the growing anti-establishment sentiments around events like the Suez Crisis with commitment from the art director to accurately recreate an old BBC newsroom. The dynamic between the star reporter Freddie Lyon (Ben Whishaw) and producer Bel Rowley (Romola Garai) makes for brilliant watching and the supporting cast ranges from series regular Anna Chancellor to Vanessa Kirby and Peter Capaldi over the two seasons, all having proven themselves as part of a gold standard of British acting. Of the five shows: this quick, stylish, jazz style soundtrack is a favourite.

Hector: “How do you do it? How do you know exactly the right question to ask?”

Freddie: “Because, I’m not afraid of the answers.”

Created by and starring Australian comedian Josh Thomas, this simple comedy documents the antics of him, his dysfunctional divorced parents and his romantically confused roommates. With the bouncy opening credits and episode titles reflecting Josh’s love of food, it’s a show that doesn’t take itself too seriously. But from a pilot where Josh realises he’s gay and moves back home to take care of his mother after a suicide attempt, it remains honest without losing humour. My favourite characters are his closest family: mother (Debra Lawrence), Aunty Peg (Judi Far) and adorable dog, John (John). Comedian Hannah Gadsby, better known for her explosive Netflix special Nanette also features from season 2 onwards.

Dad: “What if she picked up the local paper route?”

Josh: “She’s mentally ill, not saving up for a Gameboy!”

A psychological thriller spanning over three series, Gillian Anderson plays Superintendent Stella Gibson who is summoned from London to lead the hunt for the Belfast strangler (Jamie Dornan). With little mystery concerning his identity, instead the series follows his double life as unassuming family man and therapist Paul Spector. Tension builds as members of her team (Colin Morgan, Niamh McGrady, Archie Panjabi) piece together evidence, and both Gibson and Spector begin to unravel. Notably, Gillian has mentioned that even considering her iconic role as The X-Files’ Dana Scully, Gibson is her favourite character and I’m inclined to agree, with her no-nonsense responses to misogyny so worth a watch. But stay safe! Trigger warnings for the descriptions of abuse, sexual sadism and violence, Spector is one of the few villains who genuinely terrified and haunted me.

Stella: “We’ve chosen to work in a masculine, paramilitary patriarchal culture. Let’s not let it beat us.”

Amy Sherman-Palladino returned after the startling Gilmore Girls revival with an impressively witty pilot https://www.youtube.com/watch?v=w_dGfLxHv1o, ordered for two series on Amazon. Living in 1950s New York, Midge Maisel (Rachel Brosnahan) is a perfect housewife, mapping out her upper class, married life with her two children, a boy and a girl. But when she discovers her husband’s failing hobby at stand-up is his ultimate dream, and that he’s sleeping with his secretary, her life falls apart and she takes to the mic herself. Discovering life as an independent woman to the chagrin of her melodramatic, orthodox Jewish parents (Marin Hinkle and Monk’s Tony Shalhoub) she sets her sights and high standards onto a comedy career. The production and costumes capture a golden city aesthetic and the script is full of the fast-talking humour Gilmore Girls aficionados know and love. Having won two Golden Globes, with a promisingly consistent season 2 trailer and the reported casting of Chuck star Zachary Levi, it’s a critical success with a future I’m excited for.

Midge: “It’s the bras. And the girdles. And the corsets, all designed to cut off the circulation to your brain, so you walk around on the verge of passing out and you look at your husband and he tells you things and you just believe them.”

This selection comprises of ended and ongoing series, mixing drama, crime and comedy but all with high IMDb ratings. As a Brit and a student with less and less time, I much prefer shorter shows, so these are quite manageable – happy binge-watching!

Fatima is a second year biomed at the University of Sheffield. For insight into her personality, her favourite films are: Bright Star, Paddington 2, Taare Zameen Par and Pride & Prejudice and in 2017 she listened mostly to the Hidden Figures soundtrack. Mainly she is an avid TV watcher, particularly shows with original concepts, witty writing and diverse casting. Examples include Legion, Gravity Falls, The Hour, Gilmore Girls, Sense8... and for more, her Twitter and TVShowTime are both @lafatimayette.

Tagged as: Amazon Prime, cloak and dagger, fatima sheriff, please like me, the fall, the hour, the marvellous mrs maisel, tv