Back in 2016, trying to develop a draft for my Bachelor’s dissertation turned out to be very challenging. The only thing I aspired to do was to write about women in film and television. Feeling discouraged, scrolling through Netflix seemed to be the only appropriate option (we all know that it is usually a poor idea). After a couple of minutes, however, everything became clear as day. I found Miss Representation, the documentary created by Jennifer Siebel Newsom. Along with the film, ‘The Geena Davis Institute on Gender in Media’  – a foundation created by the actress, leading research on women’s roles in cinema and television.

Although Miss Representation was directed in 2011, it’s still sadly very relevant. Women are still underrepresented in pop culture: film, television, journalism, entertainment. Director Tom Donahue saw that issue and chose to gather the women of popular culture to do what needs to be done.

This Changes Everything premiered at TIFF in 2018. It was written by Donahue and Dana Benningfield in association with ‘The Geena Davis Institute on Gender in Media’. Actresses, directors, writers, and many other women decided to stand up and address the problem of  the under-representation of women that ensues, as it appears, in every field. Viewers can see some notable appearances. Donahue interviewed Reese Witherspoon, Geena Davis, Cate Blanchett, Shonda Rhimes, Meryl Streep and many other women who are exhausted and frustrated with the condition of Hollywood and everything around it. In its technical simplicity, This Changes Everything raises the problem of gender injustice rooted in the past and all-embracing the contemporary age.

The first women who tried to fight the gender gap were named Original Six. Joelle Dobrow, Nell Cox, Susan Nimoy, Dolores Ferraro, Lynne Littman, and Vicki Hochberg created ‘The Women’s Steering Committee’. It’s a section of the DGA that is an advocate for female employment on film and television and it focuses on filmmakers. But how did they start?

In 1979, six women decided to take a stand and speak out against gender discrimination in Hollywood. They investigated the hiring process that the studios used. Their ‘Women’s Steering Committee’ was to help. In effect, they sued Hollywood for its lack of equality. This Changes Everything brings back this hard history back to the fore of our current discussions on representation. It shows that between 1979 and 2019, sadly, there hasn’t been much progress. It’s stated in the production that all the studios of Hollywood declined to be interviewed: what does that say to the general audience?

As the film progresses, it inevitably turns out that the problem lingers. Chloë Grace Moretz admitted that when she was sixteen years old, she was told to wear so-called ‘chicken cutlets’ – silicone bra inserts. A sixteen-year-old young woman. Let that sink in. Moretz mentions that while shooting Carrie, her and the director Kimberly Peirce, were the only women on the shoot. It reflected on the way film was made, specifically the infamous period scene. Male operators seemed not to listen to the one person who knows accurately how could it be made. Kimberly Peirce emphasises the problem of the lack of employment for female directors. After directing Boys Don’t Cry, Peirce couldn’t find a job for nine years until the remake of Carrie came about.

After analysing how many women and how many men work in specific companies, only FX took a chance and changed it. John Phillip Landgraf, the CEO of the mentioned channel, admitted that he didn’t see the problem. From 89% of male speaking roles, FX came to 49%, improving the number of female characters. Thanks to him and his intervention, viewers got American Horror Story (according to Ryan Murphy, 40% of filmmakers on the latest season were women), POSE, Feud and many others that have equal roles of women and men.

Tragically, it’s just one television channel.  There is still so much to do. The narrative of the film gives the viewers thoughts on the best way to change media outlets and the entertainment industry in general. During a Q&A after the film screening, someone asked Geena Davis, ‘Why the male filmmaker then? Isn’t that a missed opportunity?’ She explained that (ironically), it was Tom Donahue that noticed and researched the problem. The director had already gathered interviews of actresses when he asked Davis and her foundation for co-operation. Altogether, they created This Changes Everything and also highlighted the root of female misrepresentation – childhood television. That’s where everything starts. The example used is Wonder Woman by Patti Jenkins. The film held in DC universe produced by Warner Brothers was the first (sic!) film with female a superheroine as the lead. The feedback was astounding. Young boys and girls were dressing up as Wonder Woman and wanted to be her. That alone should be the essential proof for the film studios.

Not only does the film focus on production/on-screen issues but also journalism. It is stated that over 75% of film critics on Rotten Tomatoes are white males. Women are the majority of students attending journalism studies, yet there are only a few of them in the biggest newsrooms. The lack of female journalists reflects on the reviews written by men on female-led films or television series.

Donahue’s film provides strong evidence of inequality in Hollywood and contains the numbers that show it. He and the Geena Davis Institute, as well as many important women, give the viewers ideas on how to fix the remaining problem. This Changes Everything demonstrates that women in Hollywood and the media need to work together to fight for equality. All we need to do is stand up and speak out. 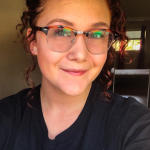