Varda’s 1985 film about the disenfranchised wanderer Mona (Sandrine Bonnaire) is patch-worked together with chance encounters, random acts of kindness, and twists of fairytale. Its underlying commentary sprouts from the French youth’s feelings of betrayal from older generations, but it also seems to say this: men fear a woman who chooses her own path.

It begins with a girl, dead in a ditch. She is found by a stranger, her body taken away, and all the while we see flashes of people wiping blood off of walls. We jump back in time and see a girl in a tough jacket, high boots and dirty trousers, her hair long and scruffy, walking beside a road. Her name is Mona, she is self-sufficient and assured, but lonely and vacant – literally, a vagabond.

And so begins the last few weeks of her life through the eyes of the people she met. There’s an irony in the fact that she’s a stranger in all of the places she visits, but to us it’s the people who tell us about her in interview snippets who are nameless. Just another face in the world, forgotten after a little while. But it’s Mona, as the film says, who “left her mark on them”.

For the men, that mark is, as you might expect, one of scorn and surprise at a female vagabond: “girls who wander around are quite rare,” apparently, “female drifters, all alike. Just loafers and men chasers.” For a little extra money, Mona cleans cars in a garage. The men stare at her, but she either doesn’t notice or ignores it – a talent all girls learn young. One of the boys puts on music and, in one of those carefree moments, Mona starts to dance. But the smile on her face fades when he continues to stare at her private moment.

All through the film, men seem to fall in love with her, but only after they fantasise her wandering (which is made clear isn’t a ‘feminine’ thing to do) into a kink – most of them don’t even know her name. Mona is referred to as ‘dirty’ a lot, and the sexual connotations are obvious when everyone that calls her that is a man. Towards the end of the film, a man Mona encountered earlier in her travels sees her again, but this time avoids her. “She scares me,” he confesses down a payphone, clambering into the booth as though hiding from her. “Because she revolts me”.

People already have a problem with acknowledging anyone who doesn’t fit into society’s systems, but the exaggeration on age speaks loudly too. A teenager wolf whistles Mona and she flips him off without even looking. The boys let her go, instead throwing bottles at a wall and scattering smashed glass across the ground. All are young victims of the generational betrayal Varda explores in the film, but the aggressive option seems to be more socially acceptable than Mona’s wandering, which transforms her into the other, the consequence, the ‘last resort’.

Varda almost mythologises this other into twisted a fairy tale. “Her witch’s hair reminded me of you,” a man says to his girlfriend. He’s afraid of her, but there’s something alluring about that ‘danger’ too. And when she’s found sleeping rough in a bungalow about to be torn down, she’s described as sleeping beauty. One of the first things we hear about Mona likens her to a mythical creature: “I know little about her myself, but it seems she came from the sea”. On cue, she walks up a sandbank and away from the boys with their motorbikes watching her.

A little while on, Yolande (Yolande Moreau), a stranger we come to know better than most, wanders through a crumbling mansion, staring at faded paintings and cobwebbed statues. She turns into a room and finds Mona asleep with her lover David, curled up on two sofas pushed together that almost echoes a grand bed that might once have been there. For a moment, Mona is a stranger to us and it becomes something enchanting, like a fairy tale tinged with dust; red and gold faded in mold and mildew, stained wallpaper with stretching halls. It’s Beauty and the Beast in a different era.

When Yolande returns home, she admits she wishes her boyfriend would dream of her, and that she’d love to live in a castle. She also says that couples are cute “if they’re asleep”, and we cut back to that same tableau of Mona and David curled on the sofas. It’s like Sleeping Beauty not just because of its imagery, but its ideas; the traditional beauty of passivity associated with femininity, and how Mona is anything but that.

A lot of Mona’s tale is told realistically, with Varda’s token French New Wave emphasis on environments, movement and behaviour. It shows the brutality of her chosen path openly, but these little moments of fantasy show how her choices are romantacised in a stranger’s eye. Once again, two young people lost in a world built by their elders (literally) are separated in understanding each other in their responses to these traditions. Yolande has given in to it (and is thus allured by something other), but Mona has isolated herself in her rejection of it.

Although it’s important to note that most of the positive perspectives of Mona’s story come from the women interviewed. “She was free, she goes where she likes,” one says. She glances at the man sat beside her at the table, murmuring “I’d like to be free”. They seem to understand a motive to Mona’s wandering that the men don’t; to be free to do as she likes, not what she ‘should’, potentially to attract a man.

Varda’s arrangement of subtext is too specific towards the women in the story to not be making another point: that female friendship, when found, can heal these wounds the young women got from their society. Vagabond could pass the Bechdel Test ten times over, probably presented with a framed still of Mona sharing a drink with an old lady who knows her young nephew is waiting to steal her inheritance, but is happy making him wait a little longer for it.

For a while, Mona lives with a vine-cutter, Assoun (Setti Ramdane), who (surprise) falls in love with her. Interestingly, he is the only person not to speak in his interview, but instead smells a red scarf she left behind longingly. When Mona goes out to the vineyard with him, she tells him that “the foreman’s wife told me vine-cutting isn’t a woman’s job”. But she clasps her scratched hands like she’s proud.

In the car of Professor Landier (Macha Meril), we find out that Mona was a secretary who quit to escape the demands of her bosses. Her new friend says she could have worked at a big conference one day. “If I had the right look,” Mona replies. Again, the expectations of femininity come back into play, as does the ‘kink’ of the dangerous fairy tale, the wicked other.

Half of the time, people imply the cure to Mona’s wandering is to find a man. Indeed, it’s mentioned how it depends on the kindness of the man who picks you up as to your success on the road. But at the same time, the women Mona meets are fatigued by their relationships, disappointed by their imperfections and the way they have to babysit their partners. “Marry the wrong man and you’re stuck for life,” they say.

The few occasions Mona does settle down with someone, the moment they say they’ll look after her she’s instantly stepping outside like she needs air. Whatever way Mona turns, the only option offered to escape the society she’s running away from is to join it and find a man to look after her. Personal commitment issues might be a problem, sure, but this isn’t just something Mona is up against. We see it in the teenage boys who smash glass bottles, in Yolande and her boyfriend and their less than perfect attempt at independence through a relationship.

A father in one of the interviews complains about his daughter: “Times have changed. Look at Florence. She’s worse than the boys. She wants to ride motorbikes.” His wife interrupts; “Wait until she finds a nice boy”. Because to them, that is the solution. It always has been, hasn’t it? But Mona spends the whole film rejecting these old-fashioned ideas. She isn’t necessarily lonely when she’s alone, in fact she seems most comfortable when she passes through architecture by herself. “No one’s here,” she’s told. But no, “I am”.

In another dark twist of fairy tale, the final sequence is complete with men dressed in mud and twigs chasing women through empty streets, covering them in dirt in some bizarre village tradition. What we had assumed was blood at the start of the film is only this, but it’s interesting how these animalistic-seemingly men are quite literally ‘dirtying’ the girls around them.

And so, muddied and tired and alone, Mona tumbles into a ditch and just lies there, her breath fogging as we fade to black. Unfortunately, the conclusion isn’t optimistic for this new wave of independent thinking. But I like to think that it is Varda’s way of saying that Mona thought ahead of her time, but her world wasn’t ready yet. Perhaps she is telling us this story so that next time, we are.

You can find Vagabond on Criterion here. You can also watch it on the Criterion Channel 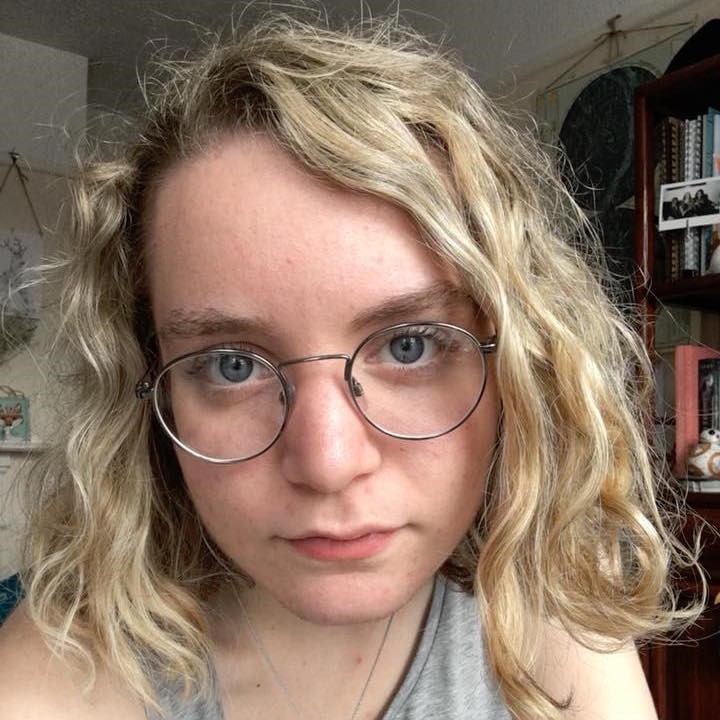 Daisy is studying film production at Arts University Bournemouth with the aspiration of becoming a director and screenwriter. A lover of independent and foreign film with female perspectives, her favourites include Pan’s Labyrinth, The Handmaiden, Frida and anything that has ever come out of Hayao Miyazaki’s brain. You can see her work on thedaisydeer.wordpress.com, and follow her on Twitter, Letterboxd and Instagram.