‘Cat People’ and Exploring Lesbianism Through the Otherness 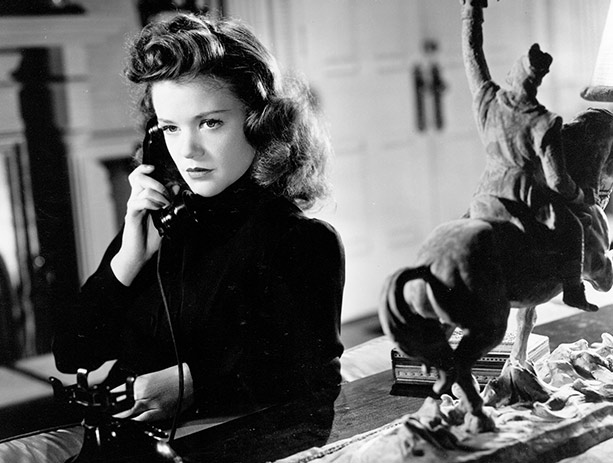 In 1942, during the height of monster horror films, Cat People was born. Directed by Jacques Tourneur and produced by none other than Val Lewton, the feature follows the story of Irena Dubrovna (Simone Simon), a Serbian immigrant living in New York City. We first meet Irena at a zoo, whilst she sketches a black panther. Alongside us, Oliver Reed (Kent Smith) also meets Irena and, just like us, falls in love with her. Irena is amenable; she plays along and eventually marries Oliver.

Newlywed, both Oliver and Irena slowly start to feel disappointed with their relationship. They still haven’t consummated their marriage and Irena falls into a depression that leads Oliver to find psychiatric help for her.

Irena is haunted by a legend that supports the story that, after being enslaved by the Mameluks, Christian residents of her home village turned to witchcraft and Satan. King John of Serbia drives the Mameluks away and, after seeing what their people have become and have done, kills them. Some of them, however, are able to escape to the mountains – the “wisest and most wicked” – where Irena was born.  Notwithstanding, the legend also says that should Irena engage in any sexual activity, she will become a cat person and kill everything and everyone in her way. Irena believes her past is tainted and, needless to say, everyone around her deems her anxieties as “silly”.

Before we analyse the film, it is important to recognise the period in which it was made. The Hays Code was still a very important factor in Hollywood, with all the DOs and DON’Ts of a picture. One of the aspects they used to censor was sexuality, therefore when films wanted to portray sex, they were driven to try different and more elaborate ways to imply the act. Homosexuality was a big no-no, therefore any queer reading of films is done through its subtext. This analysis of Cat People will not be different.

The Repressed and Irena as the “Other”

In psychoanalysis, as theorised by Freud and later explored by Robin Wood (Hollywood from Vietnam to Reagan, 1986), there are two types of repression: the basic and the surplus. The basic is the universal and necessary repression individuals undergo in order to maintain a civilised society. The surplus repression originates from particular cultures and works in a way to make people habituated from infancy take on social roles in society; such as man as the provider and the source of power in a relationship, and woman as the dependent.

Furthermore, Wood expanded Freud’s concepts in Film Studies focusing on the definition of uncanny. Freud explains the uncanny from the perspective of the impact on a person’s impressions of certain situations. It is something that is both familiar and unfamiliar, but it’s supposed to remain hidden from our consciousness, as our mind has previously surmounted them.

Finally, we explore the “Other”, which, as written by Wood, represents not only  ‘something external to the culture or to the self, but also as what is repressed (though never destroyed) in the self and projected outward in order to be hated and disowned’. Moreover, he makes a note that the real subject of horror is the emergence of these repressed feelings and our struggle to keep them hidden from normality. As a consequence, when the normality is disrupted by the appearance of a monster, it means that the repressed has returned.

Having said that, despite being the protagonist of the film, Irena is the Other. In simpler terms, she is an immigrant, she speaks with an accent, and she does not belong with Oliver. And, reading the subtext, Irena is not happy with Oliver even though she desperately wants to be – she cries confessing how much she wants to be Mrs. Reed but cannot because of the “evil” inside of her. This evil is her homosexual tendencies that inhibit her from kissing Oliver and from having sex with him. Such an evil that if she does so, she will turn into a wild animal. Irena is crippled by her anxieties; she loves Oliver but she is unable to give him all of her.

Here, the concept of uncanny fits well as it explains something that is familiar, yet unknown to her. Irena feels different; she envies other women because they are “free”, yet she cannot put into words exactly what ails her.

During a scene where the newlywed couple and their friends are at a Serbian restaurant, two men spot a very beautiful woman, although her beauty causes some discomfort – “she looks like a cat”. This woman fixates on Irena and walks up to her and calls her “my sister”, acknowledging that they both have a past or a bond that ties them together. Irena pulls away from that moment and hopes no one has noticed the palpable tension between the two women. Putting the film into context, this scene would resonate with any queer audience watching the film at the year it was released.

Irena as the Monster 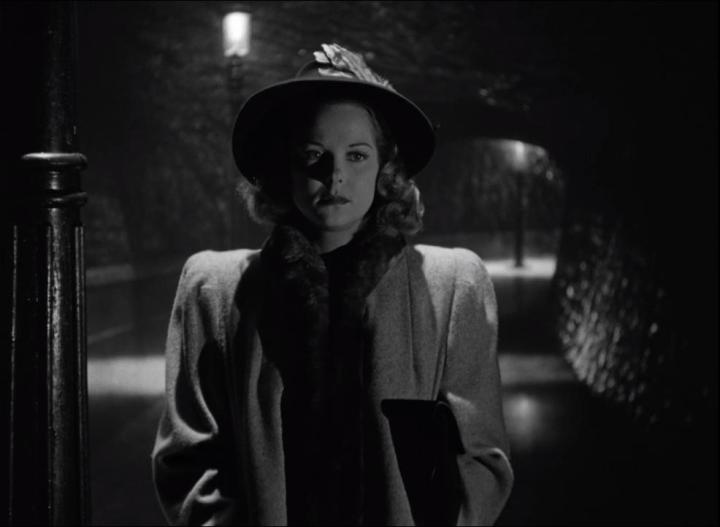 Irena is doomed from the beginning. In horror films, especially in a psychological reading, the Other is the monster. In Cat People this poses a problem: the monster is often killed, ostracised and excluded from society by the protagonist, the hero. Here, our hero is the monster.

In a theory proposed by Noel Carroll, the role of the monster is dissected, and the conclusion that Carroll arrives at is that not only should the monster be dangerous, but it should also be “be threatening psychologically, morally, or socially.” By turning into a panther, Irina ticks the dangerous box. Psychologically, morally and socially threatening… those boxes she ticks with queer subtext. Psychologically she is spiralling into a paralysing depression that is also taking a toll on her marriage; morally as she fights with her own urges; and socially as she threatens the normality – i.e. a heterosexual couple. Thus, she is “impure”.

Irena’s otherness/monstrousness comes from her sexuality. And here we can find another important element. Wood himself has noticed that horror films often repress women’s sexuality and also punish those who defy the ‘wife/mother framework’. Therefore, Irina must be punished for defying the framework by refusing to be, even if she is unable to be, a good wife and a mother.

In order to belong in a patriarchal society, especially in the 1940s, women had to fulfil a certain role; they had to fit into the part they are meant to play, even if they need to change themselves. As Julia Kristeva explains, in order to belong in society, women must reject themselves and lose their identity – “I expel myself, I spit myself out”. Finally, Irena rejects everything she is in order to fit in. Unfortunately for her, it is too late and Oliver files for a divorce. The divorce means much more to Irena than just the dissolution of a marriage – she has lost her compass, her “excuse” – she has no where to turn.

Having lost her place in society and feeling alone, she makes the conscious decision to accept a relationship with Dr Louis Judd, her psychologist. She knows very well what will happen if she engages in sexual activity with him, but she accepts it and chooses it, as her death is better than a life of loneliness. Therefore, she kisses Dr. Judd knowing this is the end for her – and finally the hero kills the Other. 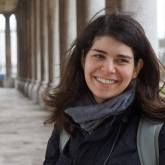 Bruna is passionate about film, especially horror. Her favourite films are Halloween, Scream and Cabaret. She has an MA in Film Studies from Kingston University. Her writing can also be found on London Horror Society and UK Film Review. You can find her ranting on Twitter @Bruna_FinalGirl and posting nonsense stories on Instagram @foletto.b