Into the mind of Michael Corleone 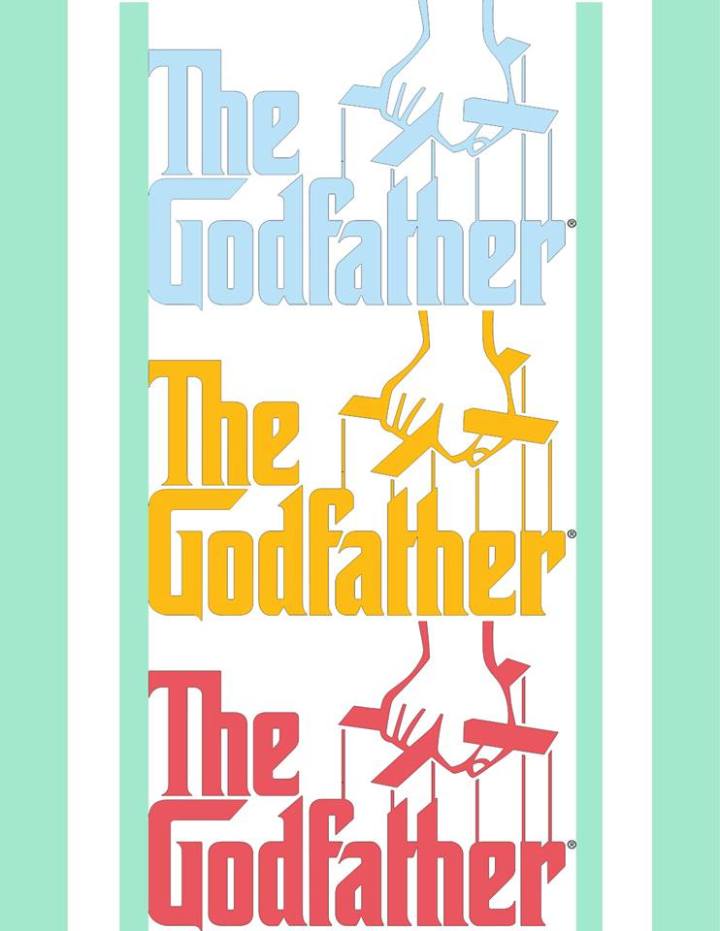 The character arc of Michael Corleone in The Godfather is one of the most fascinating journeys put to film, exquisitely and masterfully played by Al Pacino. He transforms from bright young college student optimistic to cold and ruthless mafia boss. But one wonders when exactly does this transformation occur? What causes Michael Corleone to change and when does it happen? Though there is no clear answer, one can speculate the different instances in the film.

The film opens at Michael’s sister’s wedding. Michael reluctantly ends up telling Kay about his father’s past violent threats to get what he wants. “Luca Brasi held a gun to his head, and my father assured him that either his brains or his signature would be on the contract.” “That’s my family, Kay. That’s not me.” He insists. Michael has been making great efforts to push his family away for most of his adult life. He went against his father’s wishes when he joined the army. Here he is bringing home Kay, a WASP and All-American girl.

But Michael finds himself being pushed back in to the family orbit when his father is wounded during an assassination attempt. Michael and Kay are on a date when he first finds out. Kay spots the headline on a newspaper and tells Michael. One shot in this sequence interestingly highlights the beginning of Michael gravitation towards his family obligations and the eventual abandonment of Kay. From inside the phone booth, we see Michael shut the door on Kay, as she stands isolated outside, unable to hear the conversation has with his brother. Michael is shutting the door to his past life and dreams of being separated from the family, and enclosing himself back into their world again. 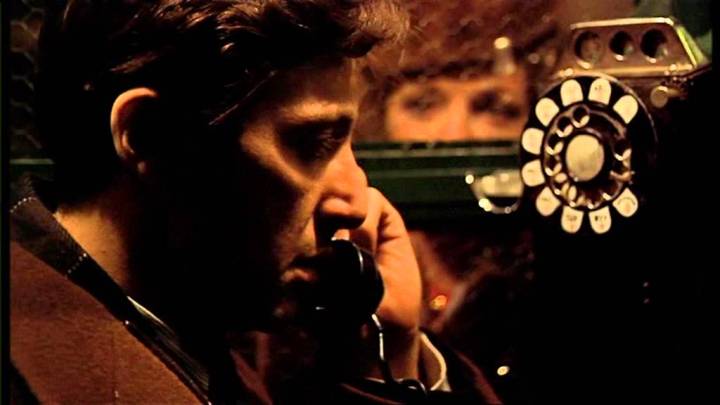 Michael has tried to push his family away, but he cannot deny or stifle how much he truly does care for his father. The seeds for Michael’s change is planted during the scene when he visits the Don at the hospital. Michael finds that his father’s room is unguarded, leaving him vulnerable to another attempt of murder. (This one all the more likely to succeed). Michael quickly and resourcefully is able to get his father moved to another room. Michael runs into Enzo the baker, who was there to visit the Don, and together they stand outside and pretend to be guards to deter the passing car of other assassins.

The baker is frightened to death and tries in vain to light a cigarette, for his hands are shaking too much. Michael remains cool and collected, and effortlessly lights it for him. Michael looks at his steady and unfearful hands for a moment. In this potentially dangerous situation, Michael has managed to stay completely calm. It is in that moment where perhaps Michael realizes he may have the right skills to be good at this kind of game.

Eventually, Michael is punched by a corrupt officer who they discover is Sollozzo’s bodyguard (Sollozzo put the hit out on the Don) It is Michael who ultimately comes up with the plan that will change the course of his life. He decides to kill both Sollozzo and the officer. We see here the forming and sleek execution of cunning ideas that Michael will employ as future head of the Family.

Michael makes the decision to go through with killing the men, knowing full well that he is abandoning his dreams of a simple All-American suburban life, one he’s begun with Kay. He will now be a true criminal on the run, in hiding in Sicily. Michael makes this decision for the good of his family, knowing that Fredo cannot do it, since he lacks the willpower. And Sonny cannot do it because he has a wife and children.

Sonny cheekily chastises Michael for coming up with this plan. “Hey, whaddya gonna do, nice college boy, eh? Didn’t want to get mixed up in the family business, huh? Now you wanna gun down a police captain, why, because he slapped you in the face a little bit? Michael insists that “It’s not personal, Sonny. It’s strictly business.” While Michael has shrewdly come up with this plan for the good of the mafia family’s business, I still believe there are personal motivations for Michael. If he hadn’t seen his father harmed and the family in such shambles, I don’t think Michael would have been so moved to join in and help them.

While Michael is in hiding in Sicily, he gets “hit by the thunderbolt” a.k.a falls in love at first sight with and a beautiful Italian girl Apollonia. At this point, perhaps Michael felt that he could still return to America and live a relatively normal life. After all, as far as he knew Sonny was still alive and his father was on the mend. Either one of them was capable of running the Family. At this point there was nothing particularly tying Michael back to the mafia world.

But it is the devastation of Apollonia’s death, combined with the news of his brother’s Sonny’s death, that brings Michael to a point of no return. Once the love of his life and unborn child dies, Michael becomes a bitter and ruthless man. Love was replaced with hate and a coldness running through within him.

Michael may have left behind an optimistic young man with All-American dreams behind when he killed Sollozzo and the officer to flee to Sicily. But his marriage to Apollonia was a wonderful time for him, where he began to form dreams of a new and blessed life with her. In that moment, when he watches her die, is the germination of the cold Mafioso he becomes.

Michael returns home without his Italian bride, his brother dead, other brother Fredo too weak to run the family, and father too sick to be the boss anymore. Michael has no choice, and does not care to make any other choice, but to submerge himself into the business, despite his father’s hopes for something more.

In watching the scene when proposes to Kay, we see how cold Michael has truly become.. To be respected as a boss, Michael knew he had to have a family. Kay was the easiest and quickest option available to him. The scene is more of a calculated business transaction than a loving proposal. It’s not to say he doesn’t care about Kay, at all.  Michael never cheats on her, he gives her a good life. But it’s much more a business move than anything else. “I came here because I need you—because I care for you. Because I want you to marry me.” Beautiful words, but watch how Michael says them, there’s no true emotion, and this proposal is clouded with mechanical motions with the goal of getting Kay back into his life.

Michael Corleone is one of the most fascinating characters in film history, and Al Pacino captivates the audience with his subtle yet drastic transformation over time. The audience can speculate many instances where Michael may have truly changed, what the turning point for his character truly was.