It’s no secret that Stephen King hates Stankley Kubrick’s version of “The Shining”. In a 2013 interview with BBC, Stephen King described Kubrick’s version of Wendy Torrance as “One of the most misogynistic characters ever put on film. She is basically just there to scream and be stupid and that’s not the woman that I wrote about.” Other problems King has with the film is that it doesn’t explore Jack’s struggles with alcoholism. It is mentioned in the beginning, and there’s still the scene in the bar where Jack finally has a long-awaited drink and talks to ghosts. But other than that, the struggle isn’t really there. This is something that’s dear to King’s self, having dealt with his fair share of his own struggles with alcoholism. Stephen King is also dissatisfied with Jack Nicholson as well, since he looks like a crazy eccentric guy from the start and not the everyman described in the novel. It’s no surprise when he finally cracks.

The novel version Wendy has been described as a “brave, courageous woman whose heroics help her save her son, herself, and Dick Halloran.” King created Wendy as a selfless heroine that tried to balance staying alive, protecting her son, all while trying not to abandon her husband, with whom she has a complex relationship.

Kubrick’s interpretation of Wendy has prompted misogynistic reviews and of her character. Complex.com’s Jason Serafino ranked Wendy at number five on a list of “The 25 Most Annoying Movie Characters”. “It’s not often that we urge — nay, beg — the killer in a horror movie to gut the main characters. Shelley Duvall is just so whiny and dense as increasingly unstable Jack Torrance’s wife that it makes it nearly impossible not to root for him to turn her into a lampshade for the hotel lobby. Her high-pitched speaking voice and shrieks just add fuel to our rage.” Also Vulture’s article, “It’s scary because we’re hoping he’ll kill her. Wendy is the worst! We all want to axe murder her, with her dopey gazes and constant sighing and oppressive mouth breathing.”

Kubrick deliberately made Wendy Torrance ‘whiny and dense’ and chose Shelley Duvall for her against Hollywood-type looks. In a 1982 interview Kubrick said, “You certainly couldn’t have Jane Fonda play the part: you needed someone who is mousy and vulnerable. The novel pictures her as a reliant and attractive woman, but these qualities make you wonder why she has put up with Jack for so long Shelley seemed to be exactly the kind of woman that would marry Jack and be stuck with him.”

Kubrick fails to recognize that in the novel she is torn between returning to her dysfunctional mother and staying with Jack. She and Jack and had an extremely complicated relationship in the book, even breaking up several times before they got married.Wendy loves Jack, but also fears him despite the memories of the great man he could sometimes be. She knows that Jack loves his family despite his inner demons. Is that worth it to stay with someone who physically abused your child? That’s what the novel explores. This more than fully explains why she “put up with Jack for so long.” It has absolutely nothing to do with the way she looks. 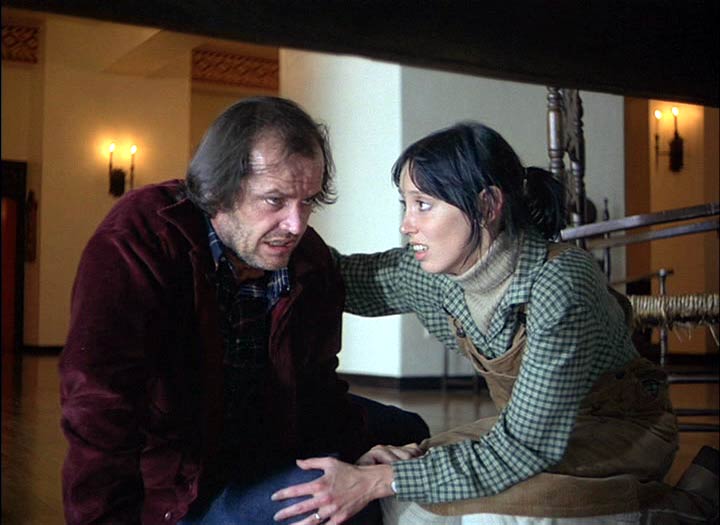 It was Kubrick himself who out most of Wendy’s dialogue according to co-writer Diane Johnson. Giving her less of a role, and less agency. In the novel, Wendy fights back a lot more. The culmination of a final battle with Jack leads her to stab him in the back. In the film she is given no agency in her escape, she makes it out of the hotel and stands by the snowmobile just in time for Danny to come back.

In all, the film cut a lot from the novel. In a book, it is easier to get inside a character’s head. King created sympathy and inner voices for the characters, despite some of the horrors or wrongdoings they commit. These inner voices and backstories are not portrayed in the film. Kubrick used the skeleton of the story to create his ultimate vision. Kubrick wanted a visually evocative type of horror, not a psychological exploration of character. The most famous scenes in the film are visually terrifying, the two twins in the hallway being the most memorable. 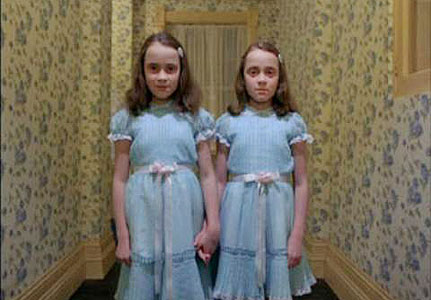 Wendy’s character was unfairly stripped of the independent defiant woman portrayed in the novel. She was a prop for Jack’s madness and not a woman who has spent years desperately trying to keep her family together. She was made into an archetype. But so was Jack Torrance. With his backstory completely gone and Jack Nicholson’s wide Cheshire cat grin, he is portrayed as a mad man already in the making.

I believe Kubrick stuck to the damsel in distress and helpless victim trope because it’s what horror does best, in countless films before “The Shining”. What is more typical to horror than a mad man with an ax and a screaming woman? Kubrick’s “The Shining” is a classic and Shelley Duvall does do a great job of evoking the terror once Jack turns. (How could she not after over 127 takes to do it??) But I wonder if the film could have been even more interesting if Wendy had had the opportunity to be written as a more dynamic character. We could’ve seen more elements of her relationship with Jack rather than a generic wife role, who as King puts it, is just there to scream.

The characterization of Wendy as well as Jack could have been stronger, but Kubrick had a vision to tell a simple (that is until you look at the hundreds of theories) and visual horror story that unfortunately did not coincide with making his female lead as dynamic as she could have been.