WIHM – The Hidden Polemic of Ida Lupino’s ‘The Hitch-Hiker’

In one of The Hitch-Hiker’s first scenes, Emmett Myers (William Talman) makes it clear he does not intend to kill the two travellers whose car he enters immediately. This is surprising, considering the prologue saw him outright murder the young couple who picked him up on a sunny open road. In the dead of night, a purse and a pack of cigarettes fall to the ground at the sound of two gunshots, next to a pair of dark laced boots. Again with a man travelling alone: his motionless body is looted for possessions by one hand while the other holds tight to a gun. When Myers, now a newly-anointed spree killer, hitches a ride with garage owner Roy (Edmund O’Brien) and drafts person Gilbert (Frank Lovejoy), however, it seems this pattern will be broken.

In the immediate wake of World War II, Ida Lupino was the only woman working as a director in Hollywood. Before becoming so, she was a successful yet frustrated actor, in constant conflict with studio bosses for roles of complexity and substance. Eager to exercise greater control over her artistic output, she was able to form her own production company, The Filmakers [sic], with her husband Collier Young in 1949 owing to her foundation of success. In total, she directed or co-directed six feature films, and wrote or co-wrote five for The Filmakers. By the time she began work on The Hitch-Hiker (her final film for The Filmakers), Lupino had gained a reputation for exploring ‘taboo’ social topics including rape (Outrage), bigamy (The Bigamist) and children outside of marriage (Not Wanted). When Hollywood studio films acknowledged these subjects at all, they dipped their toes in the shallow end, viewing them in black and white. Lupino’s films dug in, offering nuanced and complex explorations which acknowledged shades of grey.

Using the recent killing spree by Billy Cook (who murdered six people over the course of 22 days, travelling across several American states by way of hitch-hiking) as a starting point, Lupino and Young wrote a script which placed America’s values under the microscope. Their first move was to alter a central generic convention of Film Noir, a movement infused with the paranoia and political instability which characterised the post-war and early Cold War era. The infamous femme fatale—a sexually active and intelligent woman who threatens the dominance of the male lead, and who is inevitably punished for her transgressions—is absent. Instead, The Hitch-Hiker weaponises Noir and horror to place masculinity in conflict with itself, to ‘dismantle …  the heterosexual white American Dream’, as Gwendolyn Audrey Foster describes in her book Disruptive Feminisms.

“Want a smoke?” asks Gilbert, twisting in his seat to offer a pack of cigarettes to the dark shape sitting between them in the back. Along with his companion, Roy, Gilbert has left his family to go on a ‘fishing trip’, although it has quickly become clear that this is a lie they have told their families, and there is no fixed destination. Their real desire, it seems, is to merely escape the usual rhythms of their lives. The figure in the back seat ignores Gilbert’s outstretched hand, his only reply the raising of his gun. “Face front, and keep driving”, demands Myers, leaning forward, his face finally illuminated in hard Noir lighting. Held at gunpoint, Roy and Gilbert’s escapade is torn from its roots and they have little choice but to obey; they must abandon their original destination and take this stranger wherever he wants to be taken.

What is most astonishing about The Hitch-Hiker, as a film made in early 1950s America, is that the cruel, self-serving values paraded by its villain are a reflection of capitalist values. Myers, writes Gwendolyn Audrey Foster, ‘is anyone who is made pathological by the forced consensus and conservativism of the 1950s’, a time of rapid economic expansion and increase in production, where American capitalist ideology (as the point of opposition with the Soviet Union in the Cold War) had become more forcefully promoted as morally ‘right’ than ever. Individuals, propaganda cartoons of the time asserted, should be ‘free’ to maximise their own profit.

Myers exemplifies a central tenet of capitalism in that he is a staunch individualist, concerned with personal enterprise and self-preservation. He holds his two hostages at gunpoint, preying on their initial kindness but interested only in what they can offer to assist in his getaway, eluding conviction for the murders he committed in the film’s prologue. Myers makes it clear that he is using the two men, telling them that after they make it across the Mexican border, he “won’t be needing [them] anymore”. As Marx writes, ‘the worker [is] a commodity [and] the life of the worker depends … on the whim of the rich and the capitalists’, just as Roy and Gilbert are treated as objects by Myers, their lives secondary to the what they can do for him. After learning the men’s respective occupations, Myers quickly decides that Gilbert is the “smart one”, relegating the more complicated tasks, such as reading a map, to him. Myers’ weapon is a tool not for killing but for coercion; he knows that Roy and Gilbert will have no choice but to obey his instructions to protect their own lives, in the same way a member of the working class must sell their labour to a capitalist so as not to starve.

The relationship between Myers and his victims is a fascinating replication of the power relations between a capitalist and the workers he employs. Robbed of their agency by Myers’ threats to kill them if they defy him, Roy and Gilbert have no choice but to give over their abilities to their malicious master, who exploits them only for the sake of his own private interests; their position reflecting the dependency of a worker on their employer for wages in order to survive. In their book Ida Lupino, Director, Therese Grisham and Julie Grossman refer to Myers as Roy and Gilbert’s ‘brutal oppressor’: he plays sadistic ‘games’ with them, pitting them against each other for his own amusement, in one scene forcing Gilbert to shoot a can out of Roy’s hand.

Myers is also materialistic, reflecting ‘50s America’s ‘obsess[ion] with the pleasure of excess consumption’ (Foster) amidst the production of an overwhelming abundance of consumer goods. Outnumbered by Roy and Gilbert—who, by their subordination to a more powerful individual who exploits their labour, are effectively his ‘workers’—Myers holds onto his gun at all costs, knowing it’s all that affords him his power over them. As an individual obsessed with his own survival at the cost of anything or anyone, Myers does not understand why Roy and Gilbert stick by one another, doing their best to help and protect each other.

“You guys are soft”, he tells them one night as they are camped out in the forest, lips curling into a smirk. “You’re scared to get out on your own … I got what I wanted my own way. When you get the know-how and a few bucks in your pocket, you can buy anything or anybody.” Myers’ words reek of the promise of ‘freedom’ capitalism offers the privileged individual, even when that involves the commodification of other human lives. Myers is terrified of what he sees as the ‘feminine’ act of emotional support (and it isn’t hard to detect, if one reads against the grain, a romantic relationship between Gilbert and Roy as being the real reason they lied to their wives about a fishing trip). He is also afraid of ethnic difference, despite the representation of Mexicans as generous and intelligent people—another subversive anomaly in the film. In the glorification of individualism no matter the cost, Myers’ masculine identity is not all that is at stake—it is intrinsically linked with America’s national capitalist identity.

Roy and Gilbert are aware of their captor’s feeble grip on power. “You haven’t got a thing except that gun”, shouts Roy at Myers, who stands above them on a mound of rocks. It’s towards the end of the film, when the days living as a powerless hostage have become one too many, and he has finally snapped. “You better hang onto it”, he says, “because without it you’re nothing!”

Yet what is tragic about Myers is that he is also a victim of the system whose values he tries to embody. He tells his hostages that “nobody ever gave [him] anything … when [he] was born, [his parents] took one look … told [him] to get lost”. As someone who has no inherited wealth and was cast out by a family who rejected him for his physical abnormality—a paralysed eyelid—Myers is not an individual primed for success under capitalism. But he believes that he can advance up the social hierarchy by stealing money and committing to the individualist values American society promotes as a path to success.

It’s quite likely that The Hitch-Hiker’s condemnation of American capitalism and masculinity was neither conscious nor intentional. Even if it was—Lupino did have a vested interest in investigating the moral ambiguities between the social expectations of society—its production context required that it was disguised beneath an unassuming surface layer of straightforward genre cinema.

Nonetheless, the film is a fascinating example of how the conditions of a society can manifest in the art produced within it on a subconscious level—something also compelling to consider in relation to contemporary cinema. Moreover, one of the pleasures of experiencing art is the freedom of taking whatever meaning we find within the text, and a viewer’s interpretation carries the same validity as the intentions of the makers themselves. In this way, The Hitch-Hiker rewards active and inquisitive viewing, and is a fascinating example of cinema as a medium ripe for displaying, and critiquing, the oppressive social forces which govern our lives. 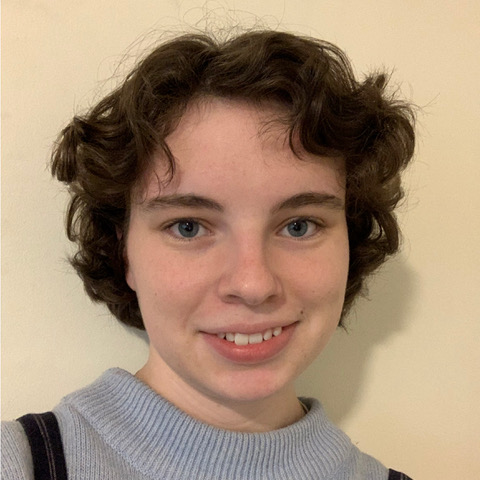 Alex is studying screen studies and gender studies at the University of Melbourne. She loves arthouse and world cinema, and hopes to one day be a professional film writer and/or teach film. You can follow her on twitter and letterboxd @xhaixe.