WIHM – Pretending is Also Real: Fantasies of Dominance and Submission in ‘The Love Witch’

Anna Biller’s loving homage to exploitation films, The Love Witch, has an interesting relationship with gender politics. In one early scene, Trish tells the eponymous Love Witch (Elaine, played by Samantha Robinson) that it sounds like she’s been “brainwashed by the patriarchy.” It makes sense that film as opulent and visually extravagant as The Love Witch would be – on the surface – straightforward about the message that it sends; but looking deeper at the film makes it clear that it has more to say about gender, dominance, and submission, than a one line comment about the patriarchy.

Elaine’s relationships with men – both pre and post-witchcraft – are best looked at in terms of what they have to say about her agency. In the relationship she was in prior to leaving San Francisco, it’s clear that her agency and sense of self was being gradually chipped away at. In one scene, as Elaine lies on the bed, an increasingly irate voiceover lists things that would make Elaine better for him, both physically and otherwise. The main thing that changes when Elaine uses magic and love potions in her seduction of men is the fact that agency is something that’s entirely hers; what’s interesting is how she uses the agency that this newfound magic affords her.

Her world of witchcraft itself also creates tension between agency and gender roles – something that’s becoming more common in certain occult pop culture, like The Chilling Adventures of Sabrina which challenges the self-empowerment and libertarianism of occultism and witchcraft, and interrogating the submission to a male figure at the heart of the act of signing the Book of The Beast. This idea is also present in The Love Witch; while Elaine gains a certain kind of agency and power through witchcraft, the coven itself often acts under the submissive guidance of a male figure.

This is what makes Elaine’s agency so fascinating in The Love Witch, the extent to which she uses it to explore submission, albeit on her own terms. Elaine is looking for a very particular type of partner; one that might be called a “man’s man,” someone who is strong, who loves her; someone that she can serve. It’s this idea of wanting to serve a man that leads to her being called “brainwashed by the patriarchy” in the first place. Elaine’s fantasies require for her to be in control in order to have the right man fall for her and not have things end as badly as they did before. However, this very act of dominance and taking control of someone – admittedly through the imperfect method of magic and manipulation – is the first step in that person then being the one in control of the relationship. This is an interesting interplay with the idea that submission is the act that takes real power; to give oneself away to another. So it’s no wonder that Elaine considers the weeping obsession of her partners to be something of a turn off – and that’s before they end up dying, which is something of a deal-breaker. The real world doesn’t live up to the fantasy that exists in Elaine’s head, and The Love Witch has a lot to say about fantasy, reality, and the dissonance in between the two.

In one scene, Elaine’s coven performs what’s described as a “love ritual” between Elaine and Griff (who just happens to be investigating her in connection to the deaths of her previous lovers), it’s a strange kind of fake-wedding, one of the highlights of which is a musical interlude. The song has a kind of flower-power acoustic folk energy and features the refrain that “pretending is also real.” While this might just seem bizarre and funny at first glance – which it is – as with so many other things in The Love Witch, there’s more going on beneath the surface.

The idea that “pretending is also real” works as a kind of summary for Elaine’s fantasies, and the things that she wants in her relationships. There’s not a real connection between her and any of the men that she’s with throughout the film; any legitimate spark between them seems to get swept away by the power of her love potions. But that doesn’t make it any less real to Elaine, who hopes that this magic will allow her to live her fantasies and get the kind of relationship – and man – that she wants the most. And that’s makes her relationship with agency, and the patriarchy so interesting. The question of whether she’s been “brainwashed” is never explicitly answered, but is instead explore through how she uses agency, and how she pursues men. There’s an argument to be made that the act of brainwashing is manifested in what she wants, that she uses a kind of liberation in order to pursue submission; the male characters are afraid of her agency, explored to particularly striking effect during the “burn the witch” scene at the bar, underscoring the extent to which submission is what society wants from Elaine, irrespective of if she wants it for herself, and how she chooses to purse getting it.

The film’s climax, a bloodbath that ends in a surreal reunion that reinforces the reality inherent in pretending, raises more questions than it answers because of this. After killing Griff, Elaine imagines that the two of them are reunited, that their love ritual was a real wedding, and that she gets a happy-ever-after. She seems legitimately happy. In the end, the unreality of this ending doesn’t really matter; if anything, this is the perfect ending for Elaine; she gets to pretend, she gets her fantasy, and the real world beyond that doesn’t need to intrude on the things that —for better or worse, she wants. 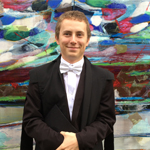 Sam will write about anything if given the chance, and his work has appeared online for i-D, Into, New Statesman, and other places. He can be found checking his emails for replies from editors.

‘Clover’ Doesn’t Quite Hit the Mark as a Black Comedy, but It Has Its Moments

A Love Letter to Anya Taylor-Joy