WIHM – Baby Will Tell You What to Do: Subverting Depictions of Pregnancy in ‘Prevenge’

The monstrous pregnant woman is not a new concept in horror. From Rosemary’s Baby to The Brood, the pregnant body has often been depicted as an object of disgust and fear, with horror emanating from the portrayal of pregnancy as grotesque and unnatural. As suggested by film theorist Barbara Creed, the ability of the pregnant body to create and incubate new life has been seen as fearsome, and these depictions mediate that fear through film. While Prevenge centres around a murderous pregnant woman, rather than her being depicted in this way, the film explores her subjective, internal fears and in doing so presents a fresh look at pregnancy in the context of horror. In Prevenge, it isn’t pregnancy itself that is the source of fear, but what happens when the often-unreasonable societal expectations around pregnancy are taken to a horrifying but logical conclusion.

Prevenge follows Ruth (Alice Lowe), a pregnant woman who has recently lost her husband in a climbing accident. In the film, she is directed to seek vengeance on the rest of the climbing group involved in the fatal accident, following instructions from her unborn child. Interestingly, the production of the film was partially born of necessity. Frustrated by a lack of available parts, Lowe pitched, wrote and directed the film while pregnant. There is no prosthetic pregnant stomach in Prevenge; Lowe’s pregnant body is both real and central to the film. Ruth is a fully embodied realisation of the experience of the pregnant woman herself. Lowe explores Ruth’s internal fears, negotiating societal stigmas around pregnancy, as she is presented as both monstrous and empathetic. Throughout the film, Ruth is directed to kill through psychic instructions from her unborn child. In a society where being pregnant is often accompanied with being inundated with unsolicited advice, the needs and wants of the pregnant person are sometimes secondary to those of their unborn child. Prevenge takes these expectations this to a chilling but logical conclusion, exploring this loss of personhood and asks the question – how far would you go to do what’s best for baby?

Structurally, the film sticks pretty closely to the narrative conventions of the slasher movie as Ruth stalks her victims and picks them off one by one. Typically, slasher films follow the perspective of the victim, with the killer’s shadowy presence lurking in the film, hidden from the protagonists until the crucial moment, but this isn’t the case in Prevenge. We see the events from Ruth’s perspective, we follow her into intimate, personal moments, including her dialogue with her unborn child where she expresses regret and ambivalence about the actions she carries out. This perspective is not only subversive but gives us room to empathise and identify with Ruth in a way that is not usually portrayed in the slasher film. She is not your typical remorseless, visibly abject monster. For the majority of the film, Ruth is visually indistinct, her only distinguishing feature is her pregnant body.

Throughout the film, the murders that Ruth commits under the command of her unborn child can be said to represent different ways in which pregnancy is maligned in society. In one scene, Ruth meets with her victim in a job interview as she poses as an applicant. The scene is cold, clinical and tinted blue, devoid of any warmth or personal touches. Ruth is callously disregarded on account of her pregnancy, as she is told: “you’d be taking maternity leave before you unpacked your stapler”. The character’s words express a very real fear for pregnant women, in a society where pregnancy discrimination at work is both illegal and rising. The experience emphasises the genuine societal discrimination against working mothers, and the pressure on women to take on a specific identity as a mother, nurturing and focused entirely on their child, often at the expense of their career. This is further emphasised in dialogue when Ruth’s victim expresses concern that clients would worry that she “would be off giving birth in a tee-pee”, also highlighting the societal expectation on pregnant women to exemplify these stereotypes.

The film also explores the social stigma around pregnancy and sexuality. In one scene, Ruth attempts to hide her pregnancy to seduce and kill one of her victims. In the process, Ruth’s baby kicks and he expresses his revulsion at her pregnant body in a sexual context. Almost immediately, Ruth slashes his groin, and he is depicted with blood pouring from the wound as his testicles drop to the floor in an abject approximation of birth. Not only does Ruth reject his disgust at her sexuality, visually she passes this disgust on to her victim. The disgust we feel at seeing this play out on screen is reminiscent of the traditional way pregnancy has been depicted in horror.

Ruth’s characterisation and her feelings about her pregnancy are complex. She cares about her unborn child, believing she is carrying out the murders for them and expresses fears about being a good mother. However, she simultaneously resents what she considers her unborn child to be directing her to do. Visual depictions of pregnancy in the film are also ambivalent, as demonstrated when contrasting the violence of the castration scene with the relative calm of the scene where Ruth gives birth to her daughter. The pacing of the birth is slow and accompanied by calming music. Actions are deliberate and methodical. This is in complete contrast with the castration scene where blood spurts, freely flowing from the victim.

In a horror story about a pregnant serial killer taking direction from her unborn child, it is essential to note that pregnancy is not the source of horror. Ruth’s actions take place, and her crimes worsen due to her loss of control. Throughout the film, Ruth believes that she is directed by her unborn child to murder members of the climbing group involved in the death of her husband. As she continues her killing spree, she becomes more and more out of control, further resembling images of the monstrous women from the black and white horror movies she watches. The images she draws in the baby book become more and more grotesque. This culminates as she readies herself to commit her final murder at a Halloween party, wearing monstrous makeup. As she continues to lose control, she becomes more and more monstrous, yet here is where the film most deftly subverts our expectations. When her baby is born, it is revealed that she is “just a normal baby”. This is a marked contrast with horror films such as Rosemary’s Baby where both the baby and pregnancy were revealed as monstrous and therefore abject. The horror in Prevenge does not derive from the abjection of pregnancy, but from Ruth’s loss of control relating to the events that have occurred in her life. The horror belongs to Ruth and is not derived from her unborn child. That she believes her child to be directing her actions is representative of her fears of pregnancy.

In fact, the birth of Ruth’s child is used in the plot to enable her to reconcile her feelings of loss of control. Throughout the film, the climbing cord that was cut that ended the life of Ruth’s husband and saved the lives of the rest of the climbing group is pictured, drawing visual comparisons to an umbilical cord. After her emergency caesarian, Ruth comes to understand that the death of her husband was unavoidable and inevitable. This reconciliation helps her to realise that it was not her baby directing her to commit these violent acts, as she comes to terms with the fact that the violence belonged to her. This is further emphasised by the ending of the film, where Ruth meets the last member of the climbing group on the cliff where her husband died, the film ending ambiguously as she yet again adopts the visage of the monstrous woman. No longer pregnant, it is clear that the violence she enacted on her victims belonged to her.

The depiction of pregnancy in Prevenge is not only subversive but connects with the experience of pregnancy. In a world where the pregnant person is bombarded with expectations from a very early stage, the film metaphorically explores the loss of control and personhood that can often accompany pregnancy. Ruth’s struggle to contain her violent rage, in the grip of hormones, grief and fear create a compelling, empathetic portrayal of a pregnant woman as a person, rather than a vessel for disgust and a source of fear. While it’s a shame that the film developed from Alice Lowe’s struggle to find work as a pregnant actress, her visceral connection to pregnancy is undoubtedly implicated in the empathetic, unsettling and subversive portrayal of the experience in the film. Prevenge offers an alternative to two-dimensional depictions of the pregnant body as an object in horror through its subjective exploration of the experience of being pregnant. 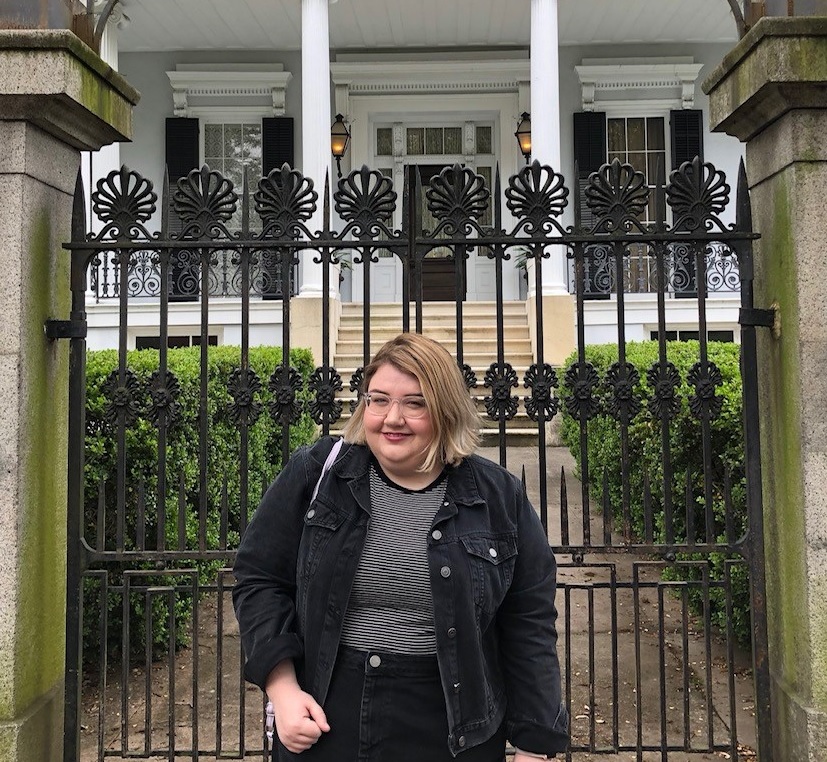 Sinead recently finished an MA in Communication, Culture and Media at Coventry University where she researched female authorship in horror. She also loves theme parks and will never know peace until we get the Guillermo del Toro Haunted Mansion film. Follow her on twitter @sinead_edmonds.