‘Jojo Rabbit’ is Ludicrous, but Maybe That’s What We Need

Reliant and proud of its ridiculous tone, Jojo Rabbit is a ludicrous comedy about fascist conditioning that aims to let its audience snort with laughter at hate through a little boy and his hilarious, idiotic perception of Adolf Hitler. Though it doesn’t top Taika Waititi’s earlier work, inevitably instilled with a little more Hollywood than we might be used to, it’s a touching and entertaining piece of work. Maybe if you’re not into Waititi’s token humour you won’t be a fan of Jojo Rabbit; but love or hate it, satire is built off a certain kind of black comedy mixed with silliness that he thrives off. You absolutely have to buy into that humour before you sit down – but if you know the films of Waititi you probably already have.

Johannes ‘Jojo’ Betzler (Roman Griffin Davis) is ten, a high-spirited Nazi-in-training, and best friends with an imaginary version of the Führer himself (Taika Waititi). He might be teased and taunted, but his enthusiasm to prove himself isn’t dimmed even after a training accident at a Hitler Youth camp gives him a few minor scars that will be commented on unfailingly for the rest of the film. But discovering his mother (Scarlett Johansson) is hiding a young Jewish girl, Elsa (Thomasin McKenzie), inside the wall of his house throws a spanner in the works of his journey to becoming the real Hitler’s best friend. So ensues a well-trodden tale of a little boy relearning what he’s been conditioned to believe.

To describe Waititi’s humour would be something like taking the quirks of Moonrise Kingdom, slapping it together with the off-beat satire of Richard Ayoade, and leaving a sprinkle of what can only be Waititi’s token affection for slapstick one-liners. Poking fun at the (to put it lightly) messed up landscape of Nazi Germany might not to everyone’s taste, but the film doesn’t dismiss the horrors of the time either. The imaginary Hitler is a coward who can crack some good jokes, but he isn’t stupid, and the threat Elsa fears and comes face-to-face with during a Gestapo search is very real. Waititi knows when to step back from the humour, but also when to give the audience relief with it.

The one character who is perhaps absent from the at-times slapstick comedy is Elsa, and that’s a calculated stroke of genius on Waititi’s part because she grounds the heart of the film. And who better to portray her than breakout star Thomasin McKenzie, who displays an astonishing spectrum of anger, strength, endurance and vulnerability. She’s an actor that delivers, but also gives her co-stars a boost – something that’s obvious in her scenes with Davis and even Johansson. In fact, it’s one of the best all-round casts I’ve seen, unsurprisingly when you can boast Sam Rockwell, Rebel Wilson and Alfie Allen in supporting roles.

The film is, to be frank, not as groundbreaking as the initial hype suggested, but also not as blatantly light-hearted as the online controversy suggests. Perhaps a lot of the contention comes from the fact it uses WWII Germany as a substitute for the various political farces that are currently occurring in the world, rather than focusing on deconstructing Nazi fascism. To make a comedy about Nazi Germany and not come up against criticism would be pretty unlikely (and rightly so), but Waititi is attentive and real amongst the humour of the piece – satire is often the most honest form of humour because it states it as it is. To quote the film, he wanted to ‘stare a tiger in the eye’. Whether he succeeded tends to divide people’s opinions.

But what is the film trying to do? It’s trying to get you to question what you’re taught, it’s trying to make you to empathise with the feelings of being villainised into something less than human, and it’s trying to give you the ability to laugh in the face of hate so that you have the strength to fight it. It does that. When Stephen Merchant’s creepy Gestapo agent says ‘I wish more young boys had your blind fanaticism,’ it hit home. When Jojo asks where Elsa’s horns are and she forces a smirk, it hit home. And in a cinema full of laughter as a ridiculous imaginary Hitler hides in the corner of a children’s room with a kid with a kitchen strainer for a helmet and a bin lid for a shield, a weight was lifted from my chest. I left the cinema thinking, and that was really the point. 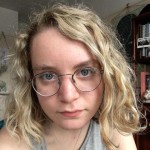 Daisy studied film production at Arts University Bournemouth and freelances in the industry with the aspiration of becoming a director and screenwriter. A lover of independent and foreign film with female perspectives, her favourites include Pan’s Labyrinth, The Handmaiden, Frida and anything that has ever come out of Hayao Miyazaki’s brain. You can see her work on her website and follow her on Twitter, Letterboxd and Instagram.