Films about caring for the elderly seem to be increasingly common. Earlier this year, the documentary América arrived on British screens, detailing how three young men deal with caring for their 93-year-old Grandmother. Screening in competition last month at the London Film Festival, Isabel Sandoval’s Lingua Franca tells a story about an undocumented Fillipina caregiver living in Brooklyn. Now, at this years London Korean Film Festival screening as part of a strand of women film-makers; A Bedsore directed by Shim Hye-jung.

A Bedsore centres around the living situation of Chang-sik, a retired man, his bedridden wife, Gil-soon, and her live-in caregiver Sook-ok, an undocumented Korean-Chinese immigrant. Tensions begin to rise when Gil-soon develops a bedsore. Chang-sik’s middle-aged daughter Ji-soo is concerned that Sook-ok isn’t doing enough for her mother. Meanwhile, Chang-sik’s unsuccessful son Moon-soo isn’t helping at all, instead wallowing in bitterness over old family grudges. When Chang-sik offers to marry Sook-ok so she can get a visa, these simmering resentments boil over and threatens to jeopardise them all.

Speaking from personal experience, caring for an elderly relative is an emotionally fraught period for all involved. Although it can unify a family in common cause, long-held grievances may also be repressed in unhealthy ways. Though immobile and unable to speak, Shim ensures we see Gil-soon as a character in her own right, even when other characters speak as though she isn’t there.

When asked whether her desire to make the film was motivated by personal experience or by social responsibility, Shim answered emphatically: ‘both’. The film stems from Shim’s own experiences of looking after her ill mother, but at the same time she wanted to shine a light on the everyday realities of immigrant caregivers through the character of Sook-ok; something that is underrepresented in Korean film.

She explains that a lot of care work used to be an 80/20 split between Koreans and Chinese-Koreans. These days that figure is reversed with most care workers in Korea being Korean-Chinese. Shim goes on to say that much of the work we see Sook-ok perform is low-paid. Early on in the film we learn that Sook-ok is being paid two-million won a month to look after Gil-soon, which comes to around £1300, despite Gil-soon and even Chang-sik being totally dependent on her.

For Shim, the bedsore itself is a metaphor for the lack of social mobility in contemporary Korea. As the film goes on, the ulcer gets worse and is a source of stress for the main characters. An ailment that thrives on stasis, the stresses of the characters are similarly exacerbated by their stationary socio-economic status. What the film does well is unearth the financial roots of the character’s precarity. For Sook-ok there is her undocumented status, and her low pay. When she returns to work after a fight with Chang-sik she negotiates a raise. Even the seemingly middle-class patriarch and the relatively well-off Ji-soo are hamstrung by the demands of capitalism. Care homes are expensive, and Ji-soo can’t care for her mother full-time because of work. Although it is largely left unsaid in the film itself, this lack of wider social support is never far from one’s mind.

When making the film, Shim said her social commentary was specific to Korea. However, after a decade scarred by austerity, and the ever-encroaching threat of NHS privatisation, the themes in A Bedsore chime all too loudly with the political situation here in the UK. I suspect audiences from other countries will have a similar response. It’s impossible to hear the normally upbeat Sook-ok express her worries of being deported and not think of the British Home Office and their hostile environment policy.

This is not the only British connection in A Bedsore. Shim is an admirer of Mike Leigh, and says that studying the way he uses actors gave her the confidence to make the film. Like Leigh often does, she took her cast from the world of theatre: “I don’t like the audition process, so I cast through watching theatre.” Indeed, the climactic scene in A Bedsore, where the resentments between the characters erupt into a cathartic yet traumatising family argument is reminiscent of a Mike Leigh ensemble performance. In particular, I was reminded of the third act in Secrets and Lies, although Shim’s film ends on a far less optimistic note.

This is not to say that the film is without levity. Sook-ok’s exuberance, especially when contrasted with the po-faced Ji-soo make for quietly comic moments. It’s also hard not to smile at Chang-sik’s doddering ways, and the moments between him and Gil-soon are some of the most moving in the entire film.

Shim may have set out to tell as story about Korea, and while she has succeeded in that, A Bedsore is also a deeply humanistic debut that will surely resonate with an international audience. Shim is now working on her next project, having recently acquired the rights for Ha Seong-nan’s short story Flowers Of Mold. Speaking for myself, I know I’ll be scouring future festival programmes for the words “Directed by Shim Hye-jung”. 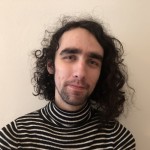 Cathy is a transgender critic and self-proclaimed Queen of Simpsons Memes. She has written about film for the BFI, Sight &Sound and TimeOut.