#DBW Avenging Angels: The Evolution of the Rape Revenge Film

In an interview with Jezebel, writer and director Jennifier Kent went on record to say that she doesn’t consider The Nightingale as a rape-revenge film. In Kent’s own words, “To call this film a rape-revenge film is just so beyond reductive.” However, many critics are still proclaiming the film as a part of the sub-genre of rape-revenge narrative. The Nightingale’s plot may centre on a woman seeking revenge against her attackers, but Kent has discussed how the film is dealing with bigger themes (addressing colonialism and misogyny) and in her own words “If [it] was a rape-revenge film it’d be a pretty disappointing one for people who are drawn to those kind of films.” The Nightingale is a perfect example of how the sub-genre has evolved over the years and how these narratives are now being explored by female filmmakers who are showing audiences the true effects on the mental well-being of survivors of sexual abuse.

Traditionally, the concept of the rape revenge film has been seen as a film that celebrates feminism and female empowerment. However, these films remain deeply problematic in how they portray women as being ‘victims’ and how these women may gain their justice but at the great loss of their humanity. In Rachel Jean Turner’s study into rape revenge films (titled The Rhetoric of Rape Revenge Film), she details how women are portrayed in the media less often in men, and when women are portrayed, they are most likely shown in a sexual manner with women often being depicted in scenes of sexual violence.

It can be argued that the rape-revenge film is a way for male directors to tackle feminism and female empowerment, as Noah Berlatsky stated in a piece for The Establishment, “Rape/revenge fits feminism into male genre narratives that Hollywood can embrace.” These films are not packaged as uplifting tales of survivors obtaining justice through the legal system but centring around the concept of taking matters into one’s own hands. The question of whether these films are empowering to women or whether they exploit rape and sexual violence for entertainment purposes is one that remains a grey area and is up for debate. Certainly, there seems to be a tendency for male filmmakers to depict the rape and scenes of violence for a prolonged amount of time, in the case of I Spit on Your Grave, the rape scene takes place over the course of thirty minutes of screen time. Male directors seem to have a perverse fascination with rape scenes, with the scene in I Spit on Your Grave being borderline sadism.

In Roger Ebert’s review of the original I Spit on Your Grave, in which he described the film as ‘a vile bag of garbage’ and one is inclined to agree with him. Often films in the rape revenge sub-genre such as I Spit on Your Grave and Last House on the Left are vile in their depictions of sexual violence and rarely do the emotional and mental toll that the victims have to endure. Perhaps what is so bold and different about Kent’s The Nightingale is that we see the point of view of the victim being raped and therefore the viewer is placed in the position of the main character. In the Jezebel interview Kent states that she wanted to ensure a disconnect from rape and sex, stating the following “It [rape] is a violent act before it’s anything else, and that’s what I wanted to show.”

In the past, rape scenes have been depicted by male directors in rather a troubling manner. Sam Peckinpah’s Straw Dogs is infamous for its controversial rape scene, and is a prime example of the depiction of rape being presented in an erotic manner. Perhaps another troubling aspect to consider is the way that these rape-revenge films sexualise the main female character. This is perhaps best shown in the poster for I Spit on Your Grave which depicts the actress Camille Keaton from behind in ripped t-shirt and underwear, for a film that is meant to be about an empowered woman, it certainly depicts her as an object rather than an actual victim. The posters for the remake and its sequels  heightens the sexuality of the main character with the women all appearing from the back, and nearly topless.

There is much to be said about how the character of Jennifer Hills gets her revenge — by resorting to extreme violence — and how this essentially strips her of all humanity and compassion. By the end of the film, Jennifer has become a shell of her former self, relishing in the torment of her attackers in a similar fashion to how they relished in their attack on her. I am inclined to argue that that the only purpose of films like I Spit on Your Grave is to act as some perverse form of entertainment. As Ebert details in his review, “[This] movie is an expression of the most diseased and perverted darker human natures, Because it is made artlessly, It flaunts its motives: There is no reason to see this movie except to be entertained by the sight of sadism and suffering.”

With the likes of The Virgin Spring, The Last House on the Left, Straw Dogs and Nocturnal Animals, the narratives centre around the victim’s family getting their revenge on the attackers. The victims are often depicted as fragile, weak and naive young women whose empathy and compassion for strangers leads to their downfall. Rather than the victims seeking revenge and becoming ‘empowered’ they are essentially written out of the narrative, and the revenge is often carried out by a male character (such as a father or a husband).

Even in The Last House on the Left, the character of Estelle (who is the victim’s mother) uses her sexuality to lure one of the attackers and it is the father John who partakes in most of the act of vengeance. In Straw Dogs and Nocturnal Animals, it is the victim’s husband who carries out revenge and the female characters are either written out of the plot or seem passive in the act of revenge, only serving to execute the last blow to the attackers.

A film which both embraces and subverts the characteristics of the rape-revenge film is Coralie Fargeat‘s debut feature, Revenge. Fargeat’s film follows all the same beats as the rape-revenge narrative, however the rape is portrayed in a less sensationalised manner. The majority of the rape scene in which Jen (played Matilda Lutz) is attacked by her lover’s ‘friend’ Stan is depicted off screen. Fargeat’s decision to depict the majority of the rape off-screen forces the viewer to position themselves in Jen’s shoes. Stan’s hunting partner drowns out Jen’s screams by turning up the volume of the TV set which only adds another layer of horror. We are not there with Jen to witness the brutality and therefore she is truly alone in her suffering, a chilling reminder that many rapes take place behind closed doors.

Revenge is interesting in how it is first frames the character of Jen through a male gaze, the camera lingers on her body (especially her rear) as she dances which only seems to fuel Stan’s lust for her. When Stan tries to seduce Jen, she politely rejects his advances. Stan’s reaction is to blame her for acting the way she did the previous night and how she dresses. Again we are reminded of how many rapists attempt to justify their crimes with the statement ‘She was asking for it.’ The camera is no longer lingering on Jen’s body but framing her facial expression in a tight close-up, and we can see the terror in her eyes.

Once the rape has taken place, the camera frames Jen differently. No longer is Jen seen as an object, but we see more of her entire body (battered and bloody), we see her in the full frame. Perhaps what is most interesting is the increased amounts of POV shots that place us in the position of Jen, we begin to see the world through her perspective and therefore we identify with her as both an avenging angel and a rape survivor. Once Jen has achieved her revenge, she turns and looks straight into the camera, breaking the fourth wall. One could interpret this shot as Jen accusing the viewer of silently watching her struggle and getting enjoyment from her descent into an avenging angel. Jen has now lost part of her humanity, and unlike Jennifer from I Spit in Your Grave the character of Jen doesn’t seem to relish in getting her revenge, the life has gone from her eyes. The events shown in the film may be over, but we get the sense that Jen’s real struggle to adjust to life in society after the rape, is only just beginning.

It’ll be interesting to see if more female filmmakers dare to dip their toes into the murky waters that make up the sub-genre that is the rape-revenge film. Although filmmakers such as Kent and Fargeat are daring to show us a female perspective, I am still not convinced that these types of films are empowering to women as the female characters have to endure so much humiliation, trauma and brutality in order for them to transgress from a weak, submissive woman to an avenging angel of death. There is so much brutality and sexual violence towards female, non-binary and transgender individuals occurring across the globe, that frankly I would prefer not to see more of it being depicted on the big screen. 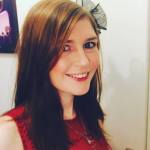 Bianca “Bee” Garner is a Film & Television Studies graduate, who is passionate about horror films, 1970s cinema, and documentaries. Her hero is Pauline Kael. She is currently the editor and founder of “In Their Own League” as well as a critic for Next Best Picture, Jumpcut Online, and VODzilla. Her favourite films include American Psycho, Clueless, Days of Heaven and Phantom Thread. You can find her over at Twitter at @thefilmB