A Different Kind of Looking Glass: Films Told Through the Eyes of a Child 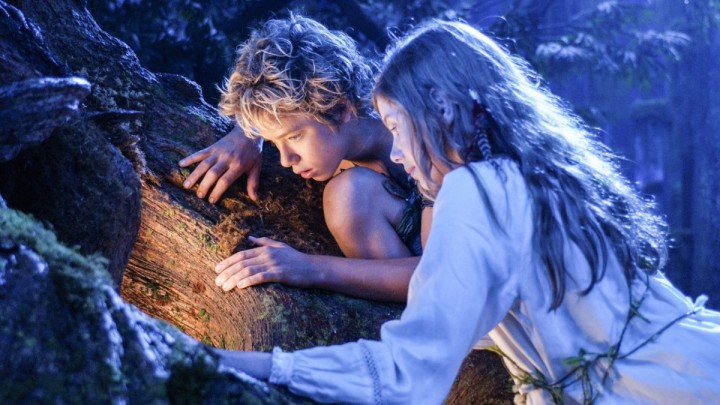 One of the incredible things about stories is that they can be told in an endless amount of ways and through a myriad of viewpoints. There is one type of perspective, however, that stands out from the bunch and continually tugs on audiences’ heartstrings time and time again. One word: children. A tiny, naïve, loving little being with so many gifts. There are hundreds of films for one to fill their nights with, but it seems that the films which follow children, the scenes that are delivered with and dictated by their all-encompassing imaginative twist on the mundane, the horrifying, the tragic and the inspiring, those are the tales that we tend to remember.

There’s a reason why hordes of film buffs consider the adaptation of Harper Lee’s To Kill A Mockingbird a timeless classic, why people flocked to see Stephen King’s creepy clown flick IT, or why Netflix’s Stranger Things has become an entertainment phenomenon – it’s all because of the children. Their shared bonds and experiences with each other in film translates naturally to those who are watching, as it appeals to our own childhood and young adolescence. Their meddlesome engagement with curiosity, their exploits with the shocking and wonderful, and their frequent knack for digging up trouble grounds the stories directors are attempting to construct, no matter the subject matter. And though special effects, cinematography and plot are all essential components in creating an enjoyable film, it is the character(s) guiding us through the film that act as the glue that holds it all together and keeps us eager to see it through to the end.

Kids – both in fiction and in real life – are like lie detectors. They are the most brutally honest creatures in the world. They’re capable of understanding things beyond their years, a feat many of us in adulthood still struggle with, yet maintain an alluring sense of hopefulness. At the core of their being they possess a giddy, sometimes misled sometimes hard to understand, sense of optimism but optimism all the same. For children, finding the light in the dark, regardless of how rapidly the darkness may seem to be moving in or how suffocating it may feel, they still manage to find a way to stand up and defeat it. They bring out the best in us. They love us anyway, in spite of any situation. Forgive and forget is not a foreign concept to them. Perhaps it’s because they don’t know any better – perhaps it’s because as adults we think they don’t know any better, that they’re simply naive to the world and its complexities. Or maybe it’s because they know more.

Kids are wise in the purest of ways. They see straight through all the bullshit that often presides around life’s challenges and can zero in on the heart of an issue, they are our greatest ally in the battle against hardship. For example, as demonstrated in Room, they are capable of saving us – quite literally. Brie Larson’s character Ma sends her five-year-old son Jack, played by Jacob Tremblay, out into a world he’s never seen and, despite a harrowing, near-failed attempt at doing so, Jack is the very reason that he and Ma are rescued from their captor and her rapist. Though he was brought into her life through terrible circumstances, Jack was able to give Ma something to live for. He was the sole reason she kept trying to escape their confinement, why her weekly encounters with her kidnapper Old Nick or her suicide attempt didn’t rip her apart and overpower her completely. He gave her a purpose and he gave her a family, something everyone needs and deserves.

Life is filled with tough lessons we must learn and it’s constantly advising us to swallow our pride and shut our mouths because we know less than we believe. Films, as a result, reflect just that. Whether a director or screenwriter or actor even means to, once the credits begin to roll, audiences are often left with a core message or stance that stays with them. Children are the physical embodiment of that message. Their actions and words, their defiance, cause us to think twice about things; especially about ourselves. Most notably, in the aforementioned retelling of To Kill a Mockingbird on the silver screen, young Scout Finch unwittingly becomes entangled in the web of deep-rooted racist politics and social norms that govern her home state of Alabama when her father Atticus decides to defend a black man who is accused of attacking an affluent white woman in court.

Despite the fact that viewers may initially think we are witnessing a history-laden drama or even a coming of age tale, in truth we are rendered as pupils and Scout is our teacher. Her rambunctiousness and dismissive attitude towards southern etiquette and conventions are as charming as it is refreshing. Alongside her, we are exposed to intolerance and blatant racism, two concepts which are very much still alive and kicking today. Scout never fails to question those around her, whether they are her peers, her elders or strangers, whether they are supposedly a good person or allegedly a bad one. Scout’s story does not shy away from loss either, nor do other stories brought to the big screen through a child’s eyes, including A Monster Calls, Hugo and The Lovely Bones. It is not uncommon for films aimed at older, more mature audiences to tackle disturbing content like murder, suicide, segregation and the afterlife, and it is not uncommon for them to do so distastefully either. That’s where children enter the picture.

Despite our inherent wish to shield vulnerable eyes from heavy, grief-riddled truths like that of death, in the end that is next to impossible. Children have the uncanny ability to make serious, violent and uncomfortable topics easier to experience because they remind us of the importance of retaining the human aspect of such subject matter. Kids take our hand and walk with us, lead us and help us regain our footing if we should stumble. In The Lovely Bones, Saoirse Ronan’s character spoke these lines,

“My name is Salmon, like the fish. First name Susie. I was fourteen years old when I was murdered on December sixth, 1973. I was here for a moment, and then I was gone. I wish you all a long and happy life.”

Children are there through life’s highs and lows just as we are. They are inherently good and kind and the stories and visions they share encourage us to be the same. Kids do not deserve to be victims of harsh realities and neither do their adult counterparts, but it is on common ground such as that through which we can build bridges of understanding ,not just between people of different ages, but with those from different backgrounds and genders as well.

But lest we forget all the joy children give back to us! Kids reinforce the value of friendships and loyalty. They remind us of the need for spontaneous adventure and having fun, things which will no doubt fade away to unforgettable memories one day. From the brave Losers’ Club in IT to the corpse-hunting misfits of Stand By Me, to the playful orphans running amongst daemons in an alternate reality as seen in The Golden Compass – when kids are together, you never know what may happen, and it is that beautiful uncertainty, curiosity and imagination that keep magic alive in our world today. Films are simply a vessel by which that is able to happen.

If such whimsicality ever feels too outlandish, then at the very least, children are the perfect foil for adult characters. They represent the fantastical to the adults’ personification of reality. By conveying this antagonistic relationship on screen, we are able to witness and appreciate both sides of a story. Films that dare to focus on them simultaneously reinvigorate our enthusiasm for life, for our personal passions and relationships, and for film itself. Children have an unfathomable amount of wildness and creativity in their hearts, with ambition that revivals our own. Films centered on and told by kids are marked by relatability. In many instances however, children’s goals and dreams are dismissed as lies or stupidity, as such as Elliot’s encounter and his universe defying friendship with a peaceful alien in Steven Spielberg’s E.T. the Extra-Terrestrial. In the end, adults are rendered foolish and ignorant, as children prove us wrong in the best of ways. Their stories strike a chord, and remind us that it’s okay to dream and it’s healthy to think big, crazy thoughts. After all, someone has to do it, and kids are paving the way.

Children’s stories are our stories. They represent what we once were: people with eyes less hardened by life’s trials and tribulations, whose hearts are more open and full of love than any other being. They are a looking glass through which we can not only see, but find our true selves once again. Film is a global medium that can reach and connect audiences from all across the world through storytelling and characters, and that is exactly what children do when they are given the chance to do so. Children appreciate what we have forgotten, believe in amazing things that aren’t meant to be believed in, can comprehend circumstances we grapple with or refuse to, and they can solve puzzles that aren’t meant to be solved. Take Willy Wonka and the Chocolate Factory’s Charlie Bucket, whose perseverance and humility won him an entire chocolate business, all because he stayed true to himself. Or J.K. Rowling’s boy wizard Harry Potter who was able to defeat the greatest darkest wizard multiple times, all before his eighteenth birthday due to his determination and belief in himself and his friendships.

When all is said and done, children are one of a kind, and films are a remarkable way for us to salvage their genuineness and decency as if it were a precious treasure of our own. To quote the biggest kid himself, Peter Pan, “To live would be an awfully big adventure.” And living as freely and happily as a child is the biggest adventure of them all.

Kacy is an English Lit student living in the Great White North (no not Winterfell unfortunately), Canada. Her favourite films include the Harry Potter series, Cinderella, Captain America: The Winter Soldier, The Hangover, and Lady Bird. She’s also an avid binge-watcher of Game of Thrones and The Walking Dead. You can follow her on Twitter here: @KacHogg95

Tagged as: ET, IT, kacy hogg, peter pan, room, The Lovely Bones, To Kill a Mockingbird

Burning Dog is an Entertaining Blend of Video Game and Cinema

‘Space Force’ is a Shallow Satire, but the Cast Bring Their A-Game