The Silence of the Lambs, adapted from the novel by Thomas Harris, focuses on the complex relationship between FBI trainee Clarice Starling (Jodie Foster) and incarcerated cannibal killer-cum-psychiatrist Hannibal Lecter (Anthony Hopkins), as they work together to catch the serial killer Buffalo Bill (Ted Levine).

But the real story is about two women; Clarice and Buffalo Bill’s latest victim Catherine Martin (Brooke Smith). Both women, though in different circumstances, are constantly underestimated by the male characters in the film, and yet both go on to prove how strong and resourceful women can be when placed in difficult and dangerous situations. From Hannibal Lecter and Buffalo Bill to Dr Chilton (Anthony Heald) and the various FBI and police officers Clarice encounters, both women find themselves being seen as weak or under-qualified compared to the men around them.

And yet, one of the final shots of the movie features Catherine and Clarice emerging from Buffalo Bill’s house after he’s been killed, both of them having survived despite the odds being stacked against them. Both of them showing everyone who doubted them along the way how wrong they were.

The first character to take this particular stance against Clarice is Dr Chilton, who is head of the facility where Lecter currently resides. He is initially flirty with Clarice, coming out with lines such as, “we get a lot of detectives here, but I must say, I can’t ever remember one as attractive.” However, after she rebuffs him, he quickly turns on her, implying that the only reason her superior Jack Crawford (Scott Glenn) sent Clarice in the first place was that she is a “pretty, young woman to turn him [Lecter] on.” 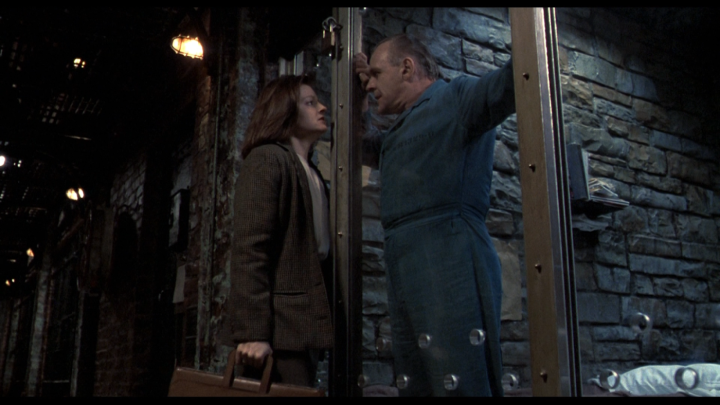 Clarice is incredibly polite and professional throughout the entire interaction with Chilton, which is more courtesy than he offers her. This tends to be the natural reaction from women towards sexually aggressive men, where it is perceived as easier and less confrontational to politely give them the brush off rather than come right out and tell him to leave her alone and risk an aggressive retaliation. Meanwhile, Chilton thinks he can speak to Clarice however he pleases, partly due to her trainee ranking, but also because he thinks his desire to hit on her is more important than his need to stay professional.

On the pretence of proving to her why they insist on so many precautions when it comes to Lecter, Chilton shows Clarice a photo of a female nurse who Lecter previously attacked because the staff weren’t careful enough with him. While telling the story would probably have been enough, Chilton tries to intimidate Clarice by showing her a photograph of the attacked woman, which he just happens to carry around with him. Chilton is targeting Clarice’s lack of experience in the FBI and seems especially keen to show her a photo of a violently attacked woman to try and get some sort of reaction out of her.

Showing her this photo follows directly after a comment about how Lecter hasn’t seen any women in quite some time are both designed to make Clarice feel very uncomfortable. By rebuffing Chilton, he feels like she has got one over on him, and retaliates by trying to knock her off her game before she goes in to meet Lecter. Chilton wants to make it clear that he is still in charge, and that her inexperience could lead to Lecter getting his hands on her. Luckily, Clarice rids herself of Chilton before her first encounter with Lecter, by calmly stating that if Lecter sees Chilton has the enemy, his presence would be a hindrance to her interview. Chilton is unable to argue with her request, and even after all his attempts to distract her, Clarice comes out on top after their interaction. “You’re not real FBI, are you? Jack Crawford sent a trainee to me?” Lecter asks when Clarice shows him her credentials. Most of Lecter and Clarice’s first conversation is Lecter testing her mettle and trying to knock her off track wherever possible. It’s perhaps Clarice’s ability to keep her cool and talk back to Lecter that earns his respect. “Maybe you can decide for yourself whether I’m qualified enough to do that,” she retorts when they discuss the reason for her visit, and Lecter allows her to continue. However, he is careful to keep her on her toes, and constantly remind her how little he thinks of her whenever she slips from what he considers an ideal interaction.

“You know what you look like to me with your good bag and your cheap shoes? You look like a rube. A well-scrubbed, hustling rube with a little taste.”

Lecter dismisses at the end of the conversation with a patronising “You fly back to school now, Little Starling.”

Lecter wants to make sure that Clarice cannot solve the case without him and ensure that she is dependant on him. He drip-feeds her just enough information to keep her running back to him. Clarice and Lecter have two further meetings after this, and while there are less direct insults to Claire’s character, Lecter still keeps her at arm’s length. However, in the end, Clarice makes most of the breakthroughs in the case herself. She turns up a vital clue in a victim’s bedroom that previous police teams had clearly missed, as well as figuring out that Bill is making a suit out of the women’s skin. Her keen questioning also leads her right to Bill’s door, something which was also missed the first time around. Clarice proves that she doesn’t need Lecter’s help to solve the case, and she is an impressive FBI agent under her own merit.

Buffalo Bill, meanwhile, preys on young women, and Catherine is the only victim (his fourth) that we see him capture. Bill has no respect for women, referring to them as “it” after he kidnaps them and throws them down a well in the basement of his house. “It rubs the lotion on its skin or else it gets the hose again,” is perhaps one of Bill’s most famous lines and it shows just how little he thinks of his prisoners. He covets their skin for his own needs, and that is the only thing he is worried about, rather than seeing the women as people. 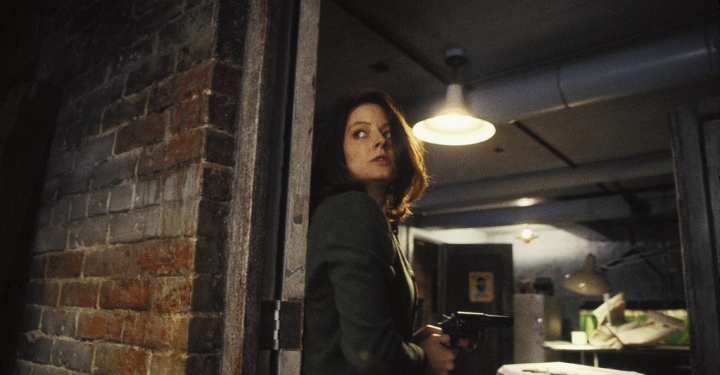 His lack of respect for Catherine and his previous victims is really his downfall. When we first see Catherine down the well, she is begging for her life, trying to reason with Bill, and quite meek. However, after she notices ripped off fingernails lodged in the wall the realisation that not only has Bill done this before, but his victims didn’t escape in one piece is all Catherine needs to spur her into action.

Bill gives Catherine so little thought because he has already kidnapped and murdered three women. He has also managed to exploit Catherine’s kindness by tricking her into a van when he kidnapped her in the first place. He views the women he targets as weak and probably a bit stupid. He thinks once he has Catherine in his grasp that she has no chance of escape, hence ignoring her as he dresses himself up in the other room.

As Catherine constructs a trap to capture Bill’s dog, Precious, her whole demeanour has changed from the last time we saw her. “Thanks for the scraps, asshole,” she mutters as she ties a chicken bone on a length of string. She now sees a chance for escape, and she is ready to fight for it. Bill thinks he has broken her but he is wrong. He completely underestimated the effect seeing that missing fingernail would have on her will to survive.

Meanwhile, Clarice has been working hard on digging up clues in the local area, and while following up a possible lead, she ends up knocking on Buffalo Bill’s door. Once she’s in his house, Bill thinks he has the upper hand, and after luring her into his basement, he kills the lights to disorientate her. Clarice is terrified, but after confirming Catherine is still alive, and knowing that if Clarice herself is killed, not only will Catherine die, but Bill will most likely get away as no-one knows where she is, Clarice has to do everything she can to take Bill down.

As Clarice stumbles around in the dark, Bill sneaks up on her with his night-vision goggles on. He has plenty of chances to kill her, but he is arrogant and relishes being back in control of the situation. When he finally decides to kill Clarice, he makes the mistake of making a distinct sound when he loads his weapon, and Clarice’s FBI training kicks in as Bill gives away his position. She unloads all six rounds of her gun into him, finally taking him down.

And so the movie ends with Catherine alive, and Clarice graduating FBI academy with the honour of having taken down a notorious serial killer under her belt. Meanwhile, Buffalo Bill is dead, Chilton is in hiding and soon to be next on Lecter’s dinner menu, and even Lecter himself is on the run from the law to avoid going back to jail. These men met Clarice and Catherine, and assuming they had superiority over them, gave them little to no thought, which ultimately proved to be the undoing of our male characters.

Both women faced very different situations and had different interactions with the male characters throughout the film, but ultimately their ability the flip the underestimation of the men, use their heads under pressure, and not allow themselves to be dragged down by those who don’t believe in them is what sees both Clarice and Catherine comes out as survivors when the film ends.

You can find Silence of the Lambs on Criterion here

Kim Morrison is a copywriter by trade, but a horror writer by passion, from Edinburgh, Scotland. She enjoys crocheting, has a mild obsession with bees, and a The Simpsons quote for every occasion. You can follow her on Instagram and Twitter.

Fear in His Eyes: Travis Bickle as the Voice of an Uneasy Conscience in ‘Taxi Driver’