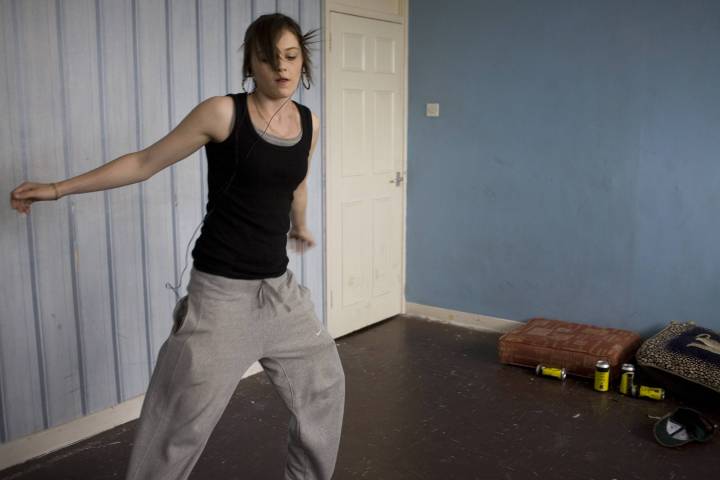 The few women directors actually included in the Criterion Collection are indicative of a wider societal problem found in the pool of recruiting for top ranking roles in the Arts. Add to that refined search ‘Working Class Female Protagonist’ and the numbers drop further. However, this is not a piece criticising the formation of the cinematic elite, but rather praising one film that has overcome its obvious hurdles.

Andrea Arnold’s Fish Tank feels like a natural progression in the path laid out by repeatedly acclaimed director, Ken Loach. As a social realist, Loach’s films give a sometimes harrowing commentary on the treatment of the working class. Arnold’s contribution to this genre is noteworthy due to a breakthrough performance by Katie Jarvis as the film’s lead, Mia. Working Class narratives in film have often been realised as a masculine story – just look at Loach’s own filmography and this becomes apparent. Important, fantastic films that position poverty as a continual plight for men. I, Daniel Blake in 2016 is perhaps a slight break from tradition with a central female role but Arnold dispels this notion entirely, carving out a new discourse of social realism.

Mia’s family is solely made up of women; her father is noticeable by his absence. Arnold could have created a matriarchal ideal with this formation but instead demonstrates the reinforcement of inequality that exists not only across class lines but gendered ones too. Growing up in a small Council House with her sister and mother Joanne (Kierston Wareing), Mia rages against the confines put on her in life both as a woman and as a working class woman. She is repeatedly sexualised by her neighbours, her mother, would-be employers and her mother’s boyfriend Conor (Michael Fassbender). In turn, by the wider community, she is perceived as a lowlife, a ‘chav,’ a shame through how she dresses and where she lives.

This pent up frustration is released through Mia’s love of dance. She practices alone and in her creative solitude, thwarted at every attempt by societal expectations of who she should be or potentially will be. This potentiality hangs over Mia throughout the film. There is a sense of inevitability that she too will end up like her mother, alone, let down and in essence unhappy. Joanna is not always a sympathetic character. Indeed, she often acts as a direct antagonist to Mia and it’s her introduction of Conor to the family unit that sets their lives into a tailspin.

As noted, men have not played a formative role in Mia’s life. The arrival of Conor brings with it the potential to have a more positive perception of them. Mia is at first hostile but then intrigued by his relative wealth and prospects. He carves out a place in their family, momentarily acting like a father. However, the heteronormative bliss lasts only for as long as the summer in which the film takes place. Over the hazy tones of Billy Womack’s California Dreaming, Conor transports the women out of their humdrum life and allows them a temporary escape. He teaches Mia to fish with her hands, shows her music and encourages her dancing. But, Conor perverts this role and has sex with Mia.

Whilst consensual, Conor’s unethical approach to the family man role unravels as an indirect result of this encounter. He devastates Joanne by leaving and it soon comes to the audience’s attention that he has a secret wife and daughter. This dispels any belief in that they could have a “normal family” and a future altogether. Mia and Conor’s relationship escalates in her attempted abduction – though she thinks better of it – of his daughter and culminates in physical violence. Men disappoint again. The cycle continues.

Mia goes to a dance audition, as Conor encouraged her to do so, but the mise-en-scene indicates very quickly it’s a strip club. Mia stands out in her hoodie against the backdrop of seedy men and overly sexualised women in dim lighting. We, the audience, easily see how life could be for her. We wonder if Conor knew and positioned any of her limited success in life as hinging on her youth and sex appeal. We wonder if Mia will succumb to the pressure and perform the dance or this role and stay stuck. We dread it, we expect it, we pity her. However, Mia does not pity herself. She rages once again against the pressures of expectation, refusing to audition.

Dance continues to be Mia’s personal expression of freedom, even in deciding not to perform. She returns home and is offered a new life with Billy (Harry Treadaway) who has quietly acted as a counterpoint to Conor throughout the film. As part of a family of travellers, Billy’s trajectory in life feels inevitable to the audience – he’s no good. Both Billy and Mia are social derided figures. Despite everything, they build a relationship and with it an opportunity to actually leave. Joanne is initially dismissive of Mia’s imminent departure. Perhaps, as during her relationship with Conor, it is to do with jealousy. Mia gets to leave not so much the place, although that is a lot to do with it, but rather the acceptance that this is all she will ever have in life. The film ends with her showing her mother that this is not the case. They dance together in sync, two halves of the same life. Arnold shows how easy it is for one to be the other. Mia serenely leaves, her sister running after her desperately, as we feel a potential end to the relentless cycle.

You can find Fish Tank on Criterion here. You can also watch it on the Criterion Channel.