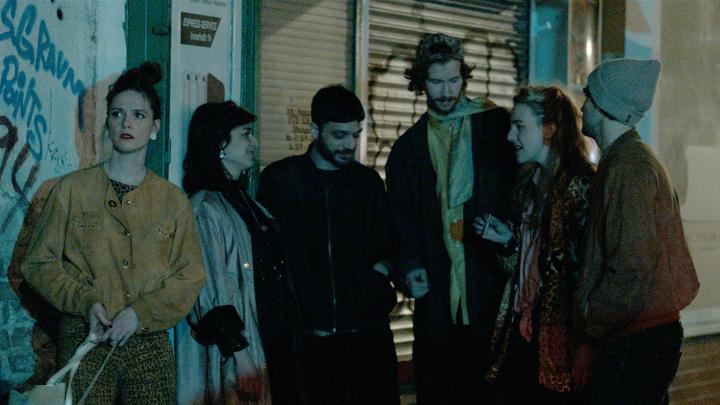 When you’re a child – or a teenager even – hitting 30 looks like a turning point pretty much far away in life although you’re sure you will have accomplished more or less everything that matters by then. You’re also sure you’ll be settled both in life and love, you’ll be working a cool job and juggling your responsibilities like a pro. When you’re past 20 though you start wondering how will you manage to live up to your own expectations in less than ten years? But were they really your expectations? Or were they something both the past generations and society imposed onto you as a ticking bomb? As millennials, we feel constantly pressured to be successful, productive on an hourly basis, and hyper-connected. However, behind the mask of what society would love us to be, there’s who we really are: a hot mess of anxieties, unanswered questions, and inconsolable loneliness. Embarking on a 24-hours full immersion into the lives of five Berliner friends, Simona Kostova’s captivating debut feature Dreissig (Thirty) tackles many of our countless quirks.

There’s a moment that sums up the whole experience of growing up. In the dim light of Övünc’s (Övünç Güvenisik) living room, all his friends sit tight around him waiting for him to unwrap his sparkling, giant present. Anticipation and excitement fill the air as Övünc opens one box after another. As in a sadistic imitation of the matryoshka principle, the smaller is the revealed box the thinner is the guest of honour’s patience. Unrest starts to creep among the group of friends until Övünc peeks into the last, tiny box to find… nothing. The box’s empty but the reward is the journey, right? Kara (Kara Schröder) tries to lighten the mood but Henner (Henner Borchers) strikes the finishing blow. Pulling out a notebook, he starts reading a question about predestination and free will asked by a random stranger on a Reddit-like website. The quote boils down to the only self-righteous truth Övünc doesn’t want to listen to that night, that we all have sell-by dates glued to our skin; that, after we peaked, there’s just no way back.

A writer who can’t help but procrastinating on his birthday, Övünc is the absolute protagonist of the striking opening scene of Dreissig. A close-up on his sleeping face and a medium – quite theatrical – shot of his bedroom/living room frame his helpless wandering around such an enclosed space while performing some common yet revelatory gestures. Looking for his phone first, Övünc then lights a cigarette, waters his plant, and then finally hoovers. There’s nothing special in this sequence of daily acts but the invaluable naturalness of Güvenisik’s performance hooks the audience, connecting them on a level of everyday empathy. Moments like this one are scattered throughout the whole feature so that we get to know the characters through a series of brief but powerful portraits while we follow them into Neukölln’s hip nightlife. Restlessly leaping from a packed club to another, the friends try to navigate the night as best as they can, tackling their own dramas and breakdowns. Around them is the existential loneliness that entangles other urbanites like them, trapped in an endless repetition of meaningless encounters while on the run from the dread of their own lives. People then bump into each other hoping for some comfort before realising that the other is just as scared as they are.

Through a series of vivid vignettes, Kostova sketches a piercing portrait of urban hysteria filtered through the eyes of these five friends. From their minimalist apartments to a liberating tracking shot along a street at night, Dreissig never wants to give us answers. Instead, it comments on our precarious lives as we march on – not exactly knowing where we’re headed but sure that we’ll get there. Eventually.

Serena Scateni is a freelance film critic and writer based in Edinburgh. Before embarking on a PhD, she stepped back and decided to put academia on hold for a while. Now she’s filling her days watching films, talking about films, and writing about films. She loves Japan but also East-Asian cinema as a whole. Bonus points to queer films and features directed by women. You can follow her on Twitter at @29s____

The Elle Woods Complex: My Experiment Going Blonde & The Devaluation of Femininity in Comedy

SUNDANCE LONDON ’21: ‘First Date’ Can’t Quite Decide What It Want To Be – But Does That Really Matter?

SUNDANCE LONDON ’21: ‘The Most Beautiful Boy In The World’ Is A Devastating Look At Abuse In The Film Industry