Based on the eponymous novel by Shirley Jackson, We Have Always Lived in the Castle follows an unusual week in the life of the Blackwoods, a strange and isolated family whose mansion sits at the top of a quaint village. Sisters Constance (Alexandra Daddario) and Mary Katherine (Taissa Farmiga), along with their uncle Julian (Crispin Glover), have been shunned by the community ever since Constance was accused of murdering her parents several years ago. Constance, who narrowly avoided prison, and Julian, who was left wheelchair-bound after the incident, never leave the house. Instead, they send Mary Katherine to town every Tuesday to get supplies, a trip she never takes until she has buried some coins in the garden to protect her family.

The youngest in the family, Mary Katherine is anxious, paranoid, and as superstitious as they come. Constance is a stark contrast: immaculately dressed like a 1950s housewife, she has a smile plastered across her face which becomes increasingly mechanical and strained. Julian, on the other hand, is the most bereft and can’t help but obsess over the incident, which is slowly causing him to lose his mind. Individually they’re dysfunctional, but together they’re supportive and protective of each other despite their different personalities.

They follow their routine week in, week out, but this is no ordinary week. Out of the blue, their cousin Charles (Sebastian Stan) announces that he’s coming to visit, which threatens to disrupt the order that the family has become used to. Eager-to-please Constance welcomes his arrival, but her suspicious sister is less hospitable and is hell-bent on making him leave.

Charles’ presence brings unsettling energy to the already-bizarre household, exemplified best in a scene where he simply stares at Mary Katherine in a long, uncomfortable silence as he drinks from a carton of milk. It’s not creepy but unnerving, and the uncanniness builds as his silent gaze persists. The whole film is imbued with this unsettling atmosphere; something always seems off even when nothing may be out of the ordinary. The actors’ dedication to characterisation and the resulting chemistry between them carry this energy throughout the film. It begins quiet and tense, becoming increasingly chaotic as their contrasting personalities come into conflict. This chaos is not confused, however, but calculated. The build-up is well-paced; the cracks that begin to show in the characters’ façades are slowly chipped away until they become irreparable.

The cinematography adds to this dynamic: canted frames portray the family’s irregularity, while birds-eye shots hint at the constant spectral presence of the girls’ deceased father. These techniques are not used to the point of over-saturation but are rather carefully scattered throughout. The film benefits from such modesty since the richness of the characters is enough to set the tone.

We Have Always Lived in the Castle revels in its weirdness without pushing it too far. It dips into the gothic genre with its eerie setting and eccentricity, but not enough that it could be labelled as such, which slightly lessens its dramatic impact. Nevertheless, it is an engrossing character study that makes director Stacie Passon one to watch. 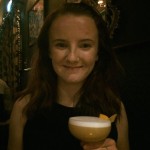