Blue and red lights illuminate the front seats of an ambulance, the two men in uniform are joined by a nine-year-old, appearing from his hiding place in a cupboard, donning a t-shirt that announces ‘IT’S NOT EASY BEING THIS COOL BUT I MANAGE’. As they pursue a call at a petrol station, we are informally introduced to the Ochoas: Josue, Fer, Juan and Manuel. Together, they run their unconventional family business to supplement the gaps left by Mexico City’s drastically underfunded emergency services, which otherwise leaves its 9 million residents served by just 45 government ambulances.

As much a portrait of a family business, the bickering about food and school quickly shifts to manic professionalism as they race through the streets, yelling down a megaphone: “we could be saving your family”. The first patient we see is a teenager whose boyfriend broke her nose, asking for a hug. A fulfilling and uncomplicated trip, but not a profitable one, as they take her to the hospital, they call her parents for payment to no avail.

This image of heroism, of taking up a mantle where the administration is failing becomes tainted by the competition and capitalism, after all, the business has to be sustained and the children must be fed. At several points, they speed past other private ambulances towards accidents, the 17-year-old at the wheel, egged on by his little brother in a scenario of haphazard racing that starts to feel like a twisted game.

The family live precariously, spending money on petrol, food, and a whole host of equipment, but have little control over whether their customers can pay them. The charged energy of dealing with life and death is later matched by financial tension – is the situation severe enough to call for the nearest hospital or can they go private and receive a commission? In the cloud of heightened emotions, how do they take aside relatives to ask for a fee? Who let this dystopian privatisation happen in the first place?

Worse still, license issues mean the ambulance is often pulled over by police at accidents and on the roadside. With corruption rife, their precious funds are further depleted to pay bribes. As quickly as they are painstakingly paid, their cash is gone and they’re patrolling the streets once again.

Embracing the chaos, Luke Lorentzen entirely lets the family’s actions during these night shifts speak for themselves. Being an observer of such intense situations takes practice, and he spent three years filming independently within these close quarters. The result is an intimate montage, carefully showing the Ochoas’ unique charisma which marks a complex duality of good intentions and money-mindedness. It provides a glimpse into the trauma of growing up in this environment and indicts the institution that has forced responsibility onto unsupported citizens to keep their city from disaster.

A full list of nominees and winners can be found here 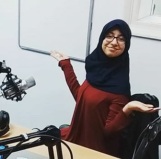 Fatima is a third-year Biomed at the University of Sheffield. For insight into her personality, her favourite films are: Bright Star, Paddington 2, Taare Zameen Par and Pride & Prejudice and in 2017 she listened mostly to the Hidden Figuressoundtrack.  She loves TV shows with original concepts, witty writing, and diverse casting. Examples include Legion, Gravity Falls, and Sense 8. Her Twitter and TVShowTime are both @lafatimayette.

'Portrait of a Lady on Fire': Talking to Céline Sciamma about Lesbian Identity

'True History of the Kelly Gang' makes a Bold, if Uneven, Case for Reinventing History

Berlinale '20 – 'Mogul Mowgli' is a Hypnotic Story of Self-Discovery