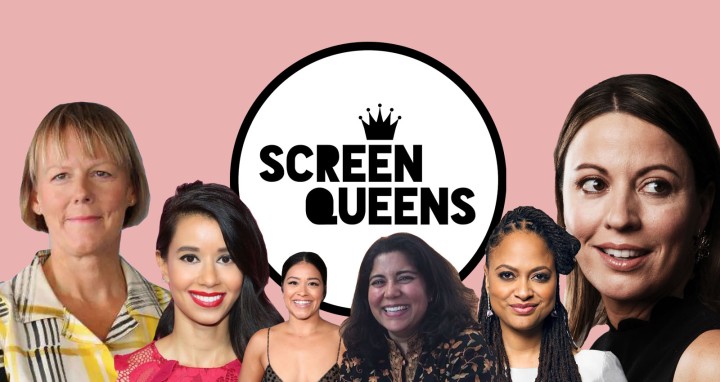 The purpose of this weekly news roundup is to highlight and celebrate films/TV from and about women. The news collected in this weeks round-up was announced between May 26 to June 1. As there is an abundance of news, some stories may slip through the cracks. In the event of this happening, please reply below with any news or release information about women that should be shared.

Women Behind the Camera

Sujata Day (Insecure) will produce and direct her directorial debut Definition Please, based on a script she wrote. The story follows a Scripps Spelling Bee champion that must reconcile with her estranged brother after he returns to their hometown of Greensburg, Pennsylvania to care for their sick mother. Production is to take place this summer. (Source: Deadline)

BTF Media has launched a new development and production arm led by women, and only women. The BTF Pink Unit will work on gender parity and support women in the audiovisual sector. (Source: Variety)

Screen Ireland, formerly the Irish Film board will fund new projects from Carmel Winters (Float Like A Butterfly), Kelly Warburton, and Phyllida Lloyd (Mamma Mia, Iron Lady). Winters to direct Heron Island, a love story about a woman rediscovering her lust for life after a brush with death. Warburton is set for her debut feature The Cancer Bus, which is a road trip movie about a woman named Brona, her young son Michael, and three cranky terminally ill pensioners. And, Lloyd will star in and direct a new feature about a single mother determined to rebuild her life. (Source: Screendaily)

Gina Rodriguez to star in Mark Raso’s Netflix film Awake. After a global event wipes out all electronics and effects humans ability to sleep, an ex-soldier learns that her own daughter may be the key to saving the world. (Source: Deadline)

Kay Cannon (Blockers) is developing an action-comedy La Fresa for Amazon. The series will follow a privileged girl who discovers her comfortable living is by nefarious means. (Source: Deadline)

Lilly Wachowski (Sense8) returns to TV with a new comedy show Work in Progress. Showtime ordered it to series, which will be co-written and executive produced by Wachowski. (Source: Variety)

Carla Gugino (The Haunting of Hill House) will play the female lead in season 2 of Manhunt, from Lionsgate TV. The second season of the anthology series will be titled Manhunt: Lone Wolf, which will follow the 1996 Atlanta Olympics Bomber. (Source: Deadline)

Netflix has acquired worldwide rights to Jane Campion’s The Power of the Dog (Source: Deadline)

Warner Bros. has released the first trailer for their adaptation of Vertigo comics The Kitchen, starring Tiffany Haddish, Melissa McCarthy, and Elisabeth Moss.

Ferdosa Abdi is a lifelong film student and aspiring film festival programmer. Her favourite genres are science fiction, fantasy, and horror. Her favourite director is Guillermo del Toro. She is madly in love with Eva Green and believes she should be cast in everything. You can follow Ferdosa on Twitter @atomicwick

‘Godzilla Vs. Kong’ is an Action Packed High-Point of the WB MonsterVerse