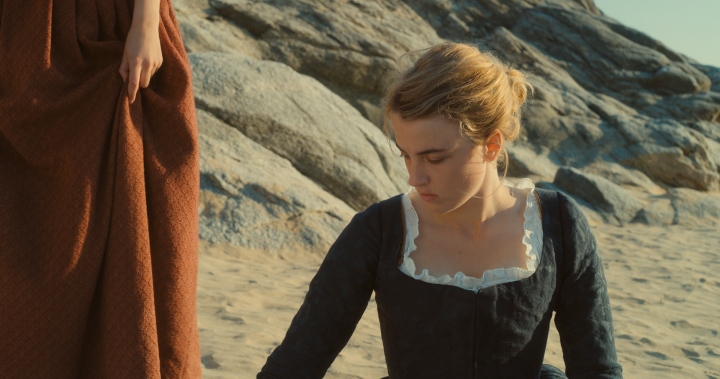 Acclaimed Cannes regular Céline Sciamma and muse Adèle Haenel once again graced the fabled red carpets of the French Riviera, taking with them 50/50 for 2020 pins and the achingly beautiful Portrait of a Lady on Fire. One of just four women-made films in this year’s competition, the all-female period drama sees the captivating love story between Marianne (Noémie Merlant) and Héloïse (Adele Haenel) — once again proving Sciamma to be a director who walks the talk, always bringing female stories to the forefront of her work.

While featuring lesbian love stories is no surprise in Sciamma’s work, her 2019 offering shows her first venture into the period drama. Unlike the temporal ambiguity of Water Lillies or Tomboy, Portrait of a Lady on Fire hones itself in the 18th century, adding another exciting flare to the rich detail and colours that her films are known for. Besides this, the film is another beautiful addition to the ever-growing lesbian period drama cinematic universe.

The passionate, yet fleeting, romance between the two women trapped by the confines of French high society begins when Marianne is commissioned to paint the portrait of the elusive Héloïse.  Due to the failure of painters before her, Marianne is instructed to keep her assignment discreet, resulting in many stolen glances that mirror the restrained gazes queer women often exchange to conform to societal norms.

Despite the expansive seaside backdrop, like the eyes of a painter, the film chooses to focus on the intricate details. Through the repetitive use of visually striking close-ups, the longing and loneliness shared by the two women is maximised — framing a burning yearning akin to Todd Haynes’ Carol. Albeit an expected feature of Sciamma’s oeuvre, the cinematography in Portrait of a Lady on Fire differs from her prior work. Instead of frequent collaborator Crystal Fournier, the stunning shots of Portrait of a Lady on Fire is the work of cinematographer Claire Mathon. As the title suggests, each is worthy of being framed.

The romance between the two women truly ignites when Héloïse’s mother, the person who commissions Marianne, momentarily leaves. Initially, we see a woman thriving off her first moments of freedom, as Héloïse has just left a convent following her sister’s death. But this savouring of freedom is soon shared by both women as they are finally allowed to act upon their urges, despite the looming reality of Héloïse’s unwanted marriage. The women’s bond was always bound for something more — their magnetic chemistry smouldering from Haenel’s beguiling entrance, which Sciamma builds up through the concealment of Héloïse face until the women’s very first meeting. 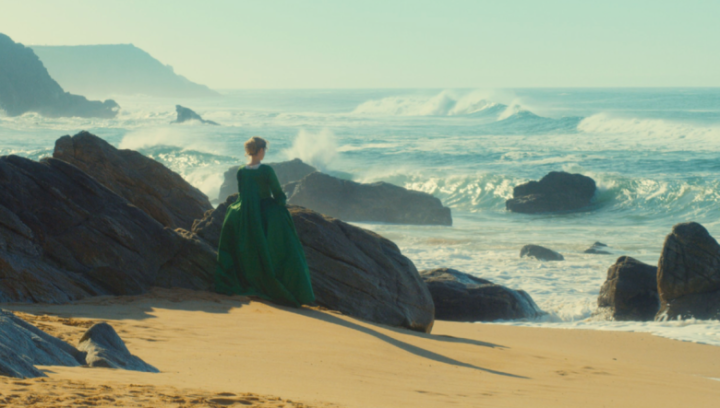 During her mother’s absence, the film also explores a compelling arc following the house servant, Sophie (Luàna Bajrami), who is revealed to be three months pregnant. The young woman decides to rid of her pregnancy, in a haunting close-up wherein Sophie gazes at an infant as the procedure happens. Sophie’s arc is so painfully contemporary, Sciamma does not shy away from inferring the longevity of this ‘women’s issue’.

Sophie’s story stalls the searing romance between the two leads so powerfully that a crucial point of development between the two may be overlooked. However, rather than a halt in the film’s central story, it must be acknowledged as another means for Sciamma to provide a multifaceted female-led story. Unlike the conventions the women in the movie have to adhere to, she proves that her cinema’s range shows no bounds.

Near its third act, Marianne repetitively painting her muse, accompanied by near-awkward dialogue, begins to falter the depiction of their romance. However, Sciamma reclaims herself with the film’s powerful and soul-stirring conclusion.  As Marianne watches her muse for the very last time, the desire we once saw is replaced by acceptance; she accepts the impossibility of their love. Opposite her, Héloïse, unaware of her former lover’s presence, depicts a heartbreak that will never heal. In both their closing shots, Haenel and Merlant truly cement their remarkable performances.

While it is hard not to interweave the film with other contemporary Cannes classics such as Carol and The Handmaiden, the film’s unapologetic and self-reflexive female gaze must be acknowledged. Portrait of a Lady on Fire shows a queer romance through a queer lens. Fortify yourself with the ‘separate the art against the artist’ argument all you want, but Sciamma and her casts’ deep and personal understanding of lesbian love is palpable. It is this understanding of the intricacies of the female experience that will mount the film as one of the greatest, and most bitter-sweet, love stories cinema has ever seen.

Graciela Mae is a Filipina studying Film, Television and Digital Production at Royal Holloway, University of London. When she’s not watching films, she’s probably attempting to make films herself. She swears she has other hobbies. Her favourite movies include Rushmore, Cléo from 5 to 7, 20th Century Women, and Carol. You can find her on twitter: @notgracielamae