‘The Perfection’ is an Imperfect Symphony of Ideas and Gimmicks 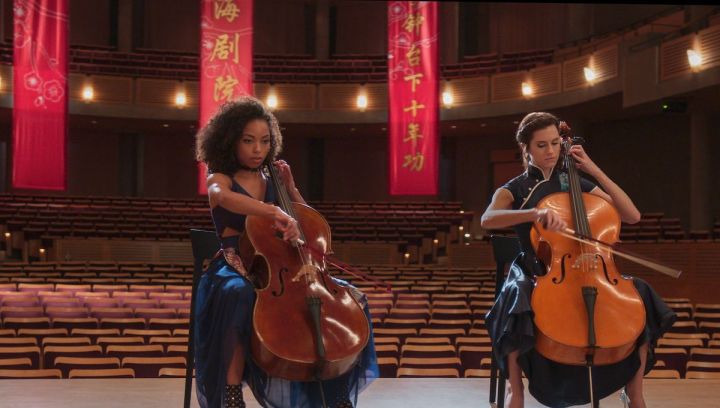 In Richard Shepard’s newest film, the titular idea of ‘perfection’ refers to music, classical to be exact. Played on the cello gracefully and without fault as its strings tear through the skin of your fingers, members of the Bachoff Academy should strive to ‘play through the pain’ to reach perfection. One of the students that managed to achieve this musical nirvana is Charlotte (Allison Williams) who unfortunately had to leave her cello playing in her late teens to care for her sick mother back at home.

Many years later and with her mother now dead, we meet Charlotte on her way to Shanghai to catch up with her old tutor Anton (Steven Weber) who is in the city to find his next protégé. Accompanying him is the Academy’s current reigning cellist Lizzie (Logan Browning), a vastly successful musician and the object of Allison’s bizarre mix of admiration, jealousy, and affection.

It’s after Lizzie becomes sick that morning, supposedly from a hangover, that events really begin to be set in motion. Now, this is a film you must see as blind as possible, any further plot description will lead you down a false (and confusing) path. But what Shepard presents is an amalgamation of Korean revenge thriller, virus horror, and a socially aware commentary relating to the #MeToo movement. It’s a lot to cram in, and Shepard is clearly reaching for the heights achieved by multiple horror films released within the last few years, most notably Get Out, in which Allison Williams also stars. These never-ending threads of the story, however, don’t come together to form a beautifully crafted tapestry but in fact end up feeling desperate to be relevant. With plot twist after plot twist and far too many convenient coincidences to appear logical, the film often feels like three separate movies at once, not at all interested in the art of subtlety.

But that isn’t to say that The Perfection isn’t an enjoyable ride, it’s in fact riotously funny (whether intended or not, that’s the problem) and completely engaging because of its pure absurdity. The three films trapped and screaming for help within it would all work incredibly well as singular entities, if this one had a single shred of nuance to its name. Browning and Williams do their utmost best with the material as devilishly devious and layered women whose intentions are always unclear, but the deeper side to their characters just seems shoved aside for another shock tactic, twist, or rewind gimmick throughout the run time.

Given its strong first act, what could have been an intense, claustrophobic, and jealousy-fuelled female-driven horror quite quickly gives into gimmicks that do a disservice to its leading ladies. Its brashness and audacity are certainly a sell but campy trash doesn’t feel like what the film’s original intentions were, making it hard to enjoy as if presented so. With more ‘WTF’ moments than has ever been cinematically necessary, The Perfection works well as something to laugh about with your mates on a Friday night, but its desire to always jump to the most extreme conclusion is far from its title suggests.

The Perfection is streaming on Netflix now.

Chloe Leeson is the founder of Screen Queens. She hails from the north of England (the proper north that people think is actually Scotland but isn’t). Her life source is Harmony Korine’s 90s Letterman interviews and Ezra Miller’s jawline. She is a costume designer for hire who spends way too much time watching bad horror movies. Her favourite films are Into The Wild, Lords of Dogtown, Stand by Me and Pan’s Labyrinth. She rants about cinema screenings @kawaiigoff and logs them on letterboxd here