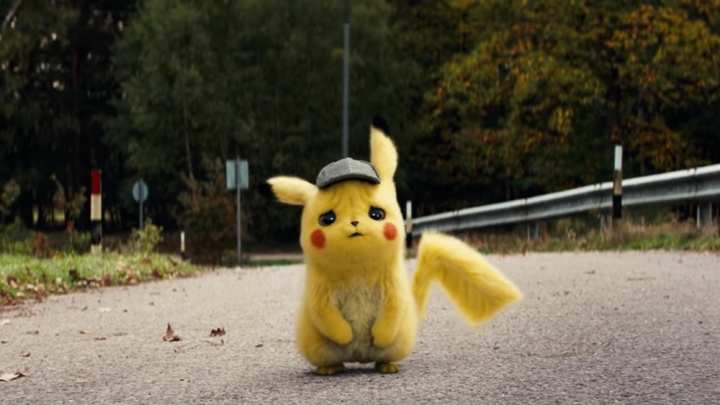 Pokémon: Detective Pikachu has no right to be as good as it is. Video game movies have had a troubled past, and have been stuck in quite the rut. However, since Tomb Raider surprised its audiences, the future of the genre looked a touch brighter. Thankfully, the novel advent of a talking Pikachu voiced by Deadpool himself has proved once again that the video game formula doesn’t have to produce a bad film.

The story follows Tim Goodman (Justice Smith) on his journey to discover what happened to his ace detective father Harry after an accident that leads the public to believe he is dead. He does so with the help of enigmatic journalist Lucy Stevens (Kathryn Newton) and a wise-cracking caffeine-addicted Pikachu (Ryan Reynolds) that once belonged to Tim’s father. The plot is relatively straightforward but, as it unfurls, it takes some fun twists and turns along the way. Smith does a good job of carrying a great deal of the plot with some golden chemistry with Ryan Reynolds’ Pikachu, who is effortlessly the best part of this film. His charisma and characterisation of a talking Pikachu with a hankering for detective work is as great as his performance as Deadpool has prepared you for. His dynamic with Tim is deserved while slightly quick to commence, and the pair carry the film marvellously. A lot of the jokes through the film are delivered by Reynolds, his comedic chops are not underused here, and thankfully they land for the most part (including a totally unexpected climate change quip). Newton’s Lucy feels obnoxious and irritating when she first appears on screen, but quickly grows into her character and becomes a welcome companion to the action that circles Tim and Pikachu. 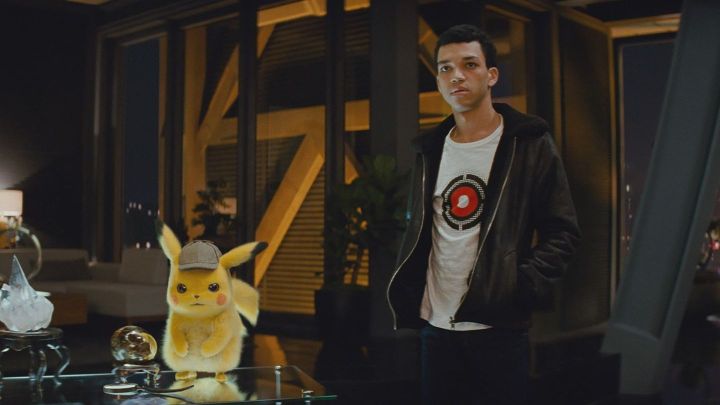 The film does a fantastic job building its world. Rhyme City feels lived in and bubbling with life, with Pokémon littering the streets cooperating with the metropolis’ human populous. From the first look at the city, it’s clear to see that the film was made with a lot of love, as the streets are filled with creatures that span the franchise’s long timeline, following through on Mayor Howard Clifford’s (Bill Nighy), promise for Pokémon and people to live alongside each other in harmony. The creatures are convincing, and feel like the best manifestation of the beloved pocket monsters in a world so alike our own. This charming novelty has staying power for the whole film, and seeing more and more of these creatures and their real life applications is a joy every time. Pokémon: Detective Pikachu serves as a wonderful love letter to Pokémon fans new and old, and will have appeal to anyone totally new to the franchise.

The films ending, however, feels like a pointless tack-on twist, and is probably one of the weaker elements of the film. But thankfully, it does not drag the rest of the film down, and the whole package of Pokémon: Detective Pikachu is a harmless, funny, and charming adventure. Don’t expect cinematic mastery, but it does exactly what it sets out to do. A great step in the right direction for video game movie redemption – now all we have to do is wait for Sonic the Hedgehog to do its damage, and maybe the stereotype of bad video game movies can be destroyed for good. 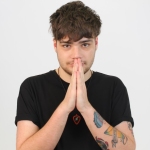 Joseph Kime is a writer and journalist from Plymouth, with a specialty in film and music. He is a member of Indie Punk band As It Stands, is studying Journalism at MarJon University, and is unapologetically anti-Tory. His favourite films include Spider-Man: Into the Spiderverse, Hot Fuzz, and Thor: Ragnarok. He spouts garbage on Twitter here and talks films on Letterboxd here.