You could easily argue that there’s never been anything like the Marvel Cinematic Universe. A multi-billion-dollar, twenty-two picture juggernaut that has dominated the box office for just over a decade, that shows no sign of slowing down.

Oftentimes, one can feel that there is something very similar about each Marvel film. A central, singular character learning and embracing their super abilities and teaming up with a rag-tag gang to save the world. With the exception of the more recent Black Panther and Captain Marvel, who finally made her first appearance in March, these heroes have been white, Western, and male. That’s not playing down Robert Downey Jr’s, Chris Evans’ or Chris Hemsworth’s contributions to the films, or their acting ability, but in 2019 audiences are hungry for more.

There has always been a demand for audiences to see themselves reflected on the big screen. Often, when the studios refused to show those marginalised people in big films, film-makers took matters into their own hands – think the blaxploitation films of the 70s, or that fact that female filmmakers are consistently better represented in indie cinema. Finally, it seems that the larger studios are starting to catch up with what people have wanted for years – and since 2018 we’ve had two female-led superhero films and Black Panther, that all smashed box office expectations.

Marvel has plenty of opportunities to expand and diversify its cinematic canon now that this era of the MCU has come to an end. With that in mind, let’s have a look at some of the women of colour from Marvel Comics that Kevin Feige and co. should be turning their minds to next for cinematic representation.

With Captain Marvel having a significant effect on the fight against Thanos in Avengers: Endgame, the aftermath left behind would be the perfect opportunity to introduce Kamala Khan, a Pakistani-American teenager living in Jersey City.

Kamala is often compared with Peter Parker – a teenager undergoing the pressure of puberty and school, while also saving the world. She’s also living a world where the Avengers are big-name celebrities, and she is an active fan of them both prior to and following her transformation into Ms Marvel.

Having a young, Muslim, Pakistani-American girl taking on the world, learning about her new powers alongside her heroes would provide a clear image for the MCU going forward. It also gives rise to the possibility of a mentorship with Carol Danvers – a character who didn’t get as much as she deserved in her own film – something which would provide an actual depiction of female friendship and teamwork that is very rarely shown in any of the other films.

Tony Stark has been the driving force of the MCU since its inception in 2008, but after his sad departure in Endgame his time is now up.

Enter Riri Williams, a whip-smart tech genius, who began studying at Massachusetts Institute of Technology aged 15 and built her own Iron Man suit in her dorm room. Sound familiar?

She’s currently got a well-received solo comic series Ironheart written by the award-winning poet and academic Eve Ewing, which follows Riri as she steps out from Tony Stark’s shadow and comes into her own when a group of world leaders are taken hostage. Battling with her newfound fame and the enemies that come with a high-profile superhero presence, whilst also navigating puberty would be an intriguing origin story.

While Peter Parker has been set up in the MCU as an inheritor of the Stark legacy, there could be an interesting dynamic to be explored with Riri taking over the Iron Man mantle. It would also lay the groundwork for the next generation of Avengers coming into their own, dealing with the aftermath of the events of Endgame.

Black Panther was a hit for a number of reasons: the first Marvel film with a majority black cast, a setting that was worlds away from the Western cities in the rest of the MCU, stunning direction by Ryan Coogler and a compelling narrative about isolation versus openness in a globalised world.

It was also the first Marvel film that had more than two prominent female lead characters. As much as I enjoy the MCU, its gender balance has been historically terrible. But here in Wakanda, T’Challa’s success was as much due to the women around him as it was his own abilities. There is no doubt, however, that Shuri (Letitia Wright) was one of the breakout characters. A tech genius, whose wisecracks were combined with an encyclopaedic knowledge of science. Her relationship with Bucky – who she referred to as White Wolf in an end credits scene – would be an unlikely but interesting buddy film, something more in the spirit of Thor: Ragnarok or the Guardians films. It’s confirmed that Sebastian Stan has at least four more films left in his contract, and it would be nice to see poor old Bucky have some light relief after the 70+ years of torture that he had to endure.

Shuri is also emerging as her own force in the comics, with a successful series written by sci-fi author Nnedi Okorafor, in which Shuri has to step into the role of the Black Panther after T’Challa goes missing during a mission in space. This could provide the background for the setting of the Black Panther sequel – and with a well-established sci-fi writer on their books, Marvel doesn’t have to look far for a suitable screenwriter.

Phase Three of the MCU has come to an end. With audiences demanding better representation from the media they consume and the success of Marvel’s recent attempts to diversify their films, in order to survive Feige and the Marvel Studios will have to embrace a truly new generation of superheroes. 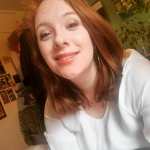 Rose is a budding film critic, who graduated from the University of Liverpool with an MRes in Film Studies. She’s currently living back home in the Black Country in the West Midlands, juggling working full time and trying to break into criticism. She loves thrillers, great female characters, Al Pacino, and multilingual cinema. She’s not entirely sure if she’s a millennial and she wants a Lord of the Rings tattoo. Find her on twitter @rosedymock or on her website https://rosefd.wordpress.com/