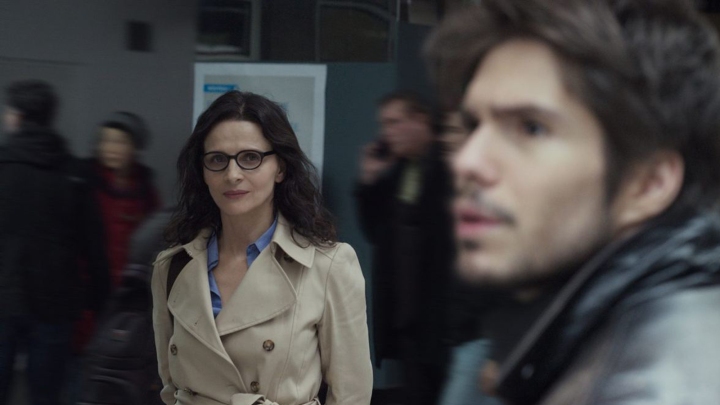 Adapted from the 2016 novel by Camille Laurens, Safy Nebbou’s psychological thriller Who You Think I Am (Celle Que Vous Croyez) stars Juliette Binoche as a woman in a midlife crisis who succumbs to the euphoric thrill of online catfishing. The film flirts with the idea that social media can offer a form of escapism to individuals who are unable to confront their deep-rooted insecurities in the real world, and more specifically to what extent this can intersect with sexist societal standards set out for women, though it lacks the intellectual sensitivity to portray its anti-heroine as anything more than a caricature of the Delusional Woman.

Claire, a 50 year old Literature academic and divorced mother, is unable to move on from an abrupt break-up with her young ex, Ludo (Guillaume Gouix). Determined to find out what went wrong, Claire creates a fake Facebook profile to infiltrate Ludo’s social circle, posing as the young and beautiful “Clara”, but in doing so she attracts the attention of his best friend Alex (François Civil). Claire relishes in the fantasy she has fabricated; as Clara, she is able to tap into her desirability that was lost to marriage and motherhood, but more importantly, she has found a chance to once again be loved and cared for, all the while aware that this affection is not directed at her authentic self.

As one might expect with a catfish scenario, Alex becomes increasingly restless about the nature of his intangible affair with Clara, for the instant gratification of seductive videos and late night phone sex can only take their relationship so far. Realising that she cannot hold off their inevitable meeting for much longer, Claire spins another lie with the anticipation that Alex will no longer pursue her in real life, though what follows is a cruel game of deception in which Claire is no longer the sole player.

In a truly predictable move for a film that features lessons in literature, Claire openly discusses the film’s core theme of lost youth and its effect on the female psyche through Marguerite Duras quotes, and Les Liaisons Dangereuses, though more often than not the use of these literary references comes across as a little heavy-handed. Her therapist, a silent witness to Claire’s delusions, makes several attempts to circle back to what lost youth means to her, and yet the issue is barely scratched beneath its surface for it to provide a plausible introspective take on why a woman as intelligent, accomplished, and conventionally attractive as Claire would fall victim to the notion that her self worth
is entirely dependant on her age.

Claire’s inexperienced understanding of social media allows for some moments of light romantic comedy reminiscent of You’ve Got Mail and Sierra Burgess Is A Loser; in order to keep up the facade as young Clara she trades her eloquent tongue for slang picked up from her two sons, she panics at the mention of Instagram after just having worked out how to navigate Facebook, and she treats every Like, Comment, and DM as if it were a meaningful moment of human connection, when in reality the savviest of social media users perform these actions with little emotional investment. Claire tells her therapist, “It’s both the shipwreck and the life raft. We float in the virtual.” – though just as we begin to sympathise with her predicament, a slow zoom-in reveals a coldness to her stare, deep down buried below her vulnerabilities and insecurities, lies an Otherness to Claire that neither her therapist nor us
as an audience can ever truly connect to.

Framing is crucial to knowing where we stand with a character such as Claire, for to witness the actions of a person who is delusional, obsessive, and manipulative, we have to determine whether to root for, or against them. Claire seems to fit into neither the dangerous bunny boiler trope made famous by Glenn Close in Fatal Attraction, nor into the misguided fool-in-love as played by Lindsay Burdge in Thirst Street. Moreover, Claire makes for an unconvincing anti-heroine – Binoche adopts an infantile voice when Claire is pretending to be Clara, and when she is forced to discuss her marital trauma -the effect of which does not make her character any more sympathetic, but rather comes
across as a mockery of her fragility.

Where television shows such as Crazy Ex-Girlfriend and You offer charismatic and frighteningly relatable delusional stalkers whose unresolved traumatic experiences are treated with pathos -thus persuading us to be willing participants in their fraudulent behaviour and often immoral actions, the build up to Claire’s big reveal as to why she hides behind the avatar of Clara ultimately plays out like a punchline exposing her for her true pathetic nature. Nebbou fails to depict a convincing and deeply-troubled anti-heroine whose fate we can invest in, and shows little understanding of the complexities of the Delusional Woman. For all the allusions to how society measures a woman’s self-worth based on the alluring appeal of her youth -and how this in turn can leave long-lasting damage to her mental health, one can’t help but wonder how Binoche’s acting chops may have been put to better use through a more nuanced interpretation of her character. 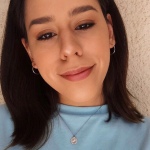 Nathasha O. Kappler is a German-Mexican undergrad studying English Literature and Film at the University of West London. When she is not programming for Berlin Film Society and Deptford Cinema, she is busy gushing over her cats and doing free online promotion for Paul Thomas Anderson. Her favourite films include: Magnolia, Possession, Moulin Rouge!, Children of Men, and Eyes Wide Shut. You can follow her on Twitter @tashakappler, and Instagram @no.kapp.

Tagged as: berlinale, juliette binoche, nathasha o'kappler, Review, Safy Nebbou, Who You Think I Am

Five Films To Look Out For: New York Film Festival 2020