Jonah Hill’s re-branding from Superbad actor through more prestige pictures to become a suave auter-in-training comes to fruition with Mid90s, his directorial debut. The 85-minute story of a boy finding his place among a teenage skateboarding community brims with the delights and misfortunes of youth; changing bodies, friendships, family dynamics, and sense of self, not to mention skateboard tricks. While the unbridled, irreverent joy gives way (as all coming-of-age tales must) to trials and tensions in the latter half, the strangely sweet community that Stevie, a.k.a. ‘Sunburn’, finds evokes a nostalgic warmth.

Sunny Suljic is a sympathetic screen presence as the 13-year-old protagonist. The camera lingers over his face as he silently digests his new life experiences, allowing viewers insight into his nascent self-awareness. Whether exploring his older brothers’ off-limits room or attempting a new skate trick, his exploration of identity – while not always articulated, perhaps even to himself – is tangible. The teenage actors comprising his skate park friends, mainly Supreme team skateboarders and models in real life, give off a natural energy and camaraderie, making them easy to root for even as unruly behaviour spirals unchecked. Hill’s script feels authentic to the time, place, and rhythms of teenage expressions, and the boys’ interactions shine as a result.

Ultimately, its high entertainment value and an empathetic portrayal of adolescence, albeit a very specific one, make it an undoubtedly successful debut film. Hill and team, however, could have used more time or used their time more wisely to interrogate the masculinity on show; as it stands, the lack of insight leads to some simplified, perhaps even problematic, conclusions.

In Stevie’s world, masculinity means independence. While there is no doubt that Stevie’s friends genuinely like and support each other, bravado must obfuscate any connections to be acceptable. The young skateboarders talk about sex, drugs, alcohol, and daring new tricks while swearing profusely; while entertaining and authentic, conversations that go deeper often take the form of confrontations. The resolution of these moments ultimately glosses over the toxicity for the next escapade: the masculine stereotypes at play go unchecked. Stevie’s angry, violent older brother Ian (Lucas Hedges) is a fantastic example in this regard. Hill makes it clear that Ian is struggling with growing pains of his own, but these are never explored in depth and his relationship with Stevie misses moments of connection.

The women of Mid90s are experienced solely through Stevie’s – or at least men’s – eyes. It might be symptomatic of the film’s short run time and commitment to its protagonist’s youthful perspective, but this feels a missed opportunity when films exploring and empathising with parents’ and children’s often-conflicting motivations (such as Lady Bird) exist. Most egregiously, Stevie’s single mother (Katherine Waterson) has one role: to look after Stevie and battle with Ian. While at this point in his life Stevie may only know his mother through her caregiving role, it feels an oversight and over-simplification of the family dynamic, which is the weakest part of the film. The only insight viewers have into her life outside of motherhood is when Ian slut-shames her early life choices to Stevie; while Ian is far from a reliable narrator and is clearly angling to upset his younger brother, relating the mother solely to her relationships with men seems lazy.

The double standard of sexuality extends to Stevie’s own experience at a house party with a much older girl; an uncomfortable scene gives way to a triumphant one with no analysis of the situation’s ethical implications. If the genders were reversed, the inherent implication would be undoubtedly creepy. Whatever the result for both characters, indeed they appear to leave that night entirely unscarred, the lack of analysis is unsettling in itself.

Lastly, the film’s ending feels entirely too neat considering the preceding circumstances, when – as expected in the genre – the boys face consequences for their recklessness. More accurately, the situational consequences are high, but any soul-searching is kept to a minimum. While admirable to wrap up a feature in under 90 minutes, this is the rare example of a story that could have used breathing room to elaborate on and examine its events and themes.

Mid90s is a delight: lively dialogue, lovable characters, and a brisk plot are fully seeped in nostalgia for the decade. However, for a film which centralises boyhood, not universal childhood, and the markers of burgeoning masculinity, any examination of the mores and behaviours it portrays is lacking. Its entertainment and emotional value are not unduly dampened by this choice, but its coming-of-age arc just falls short of greatness. 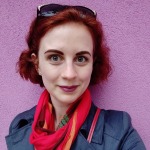 Carmen is an American living in Scotland. She holds a Masters in International Film Business from the University of Exeter / London Film School, and while now working in technology she keeps her love of film alive through overenthusiastic writing and an unhealthy amount of time spent at the cinema. Favourite films include West Side Story, 10 Things I Hate About You, Ever After, and Thor: Ragnarok. Follow her on Twitter @CarmenChloie

The Orientalist Implications of Sofia Coppola’s ‘Lost in Translation’