WIHM- The Loved Ones: Lola Stone Queen of Prom and Queen of my Heart

Jason Voorhees, Leatherface, Freddy Krueger, Michael Myers and now Lola Stone. Not only is Lola Stone the only female on that list, she’s also the only one that could reasonably have passed you by, getting waylaid on the way to reaching horror film fame. Her appearance in the 2009 Australian indie The Loved Ones may not have been widely seen, but her role in the horror movie canon needs to be cemented and her influence recognised.

Lola Stone is far from the first female antagonist to grace the screens of horror fans. Dating back to the early 70’s we’ve been lucky enough to have a handful of very important and influential women in the genre. From Evelyn the crazed fangirl in Clint Eastwood’s Play Misty for Me, the deranged and mentally ill Martha in Dario Argento’s Deep Red to Linda Blair’s host body in The Exorcist, one of the greatest horror films of all time. More contemporaneously we’ve been blessed with icons such as Esther from The Orphan, the sex crazed ‘little girl’, and a literal doll in the form of Annabelle from The Conjuring series. Whilst all of the aforementioned legendary women of horror are all delectably wicked in their own way, Lola Stone is a special brand of horror movie villainess.

She’s funny. She’s undoubtedly unhinged and maniacal, but what makes her so compelling to watch is her truly wicked sense of humour and lack of empathy for anyone except her ‘Daddy’ who, when compared to Lola Stone, is a meek and powerless husk of a man, so emasculated by his daughter’s sheer manic energy. The patriarch of the family is essentially reduced to a glorified minion, so enraptured is he by Lola. Their relationship is one full of gender role reversal, with her father clearly the submissive counterpart to Lola’s dominant behaviours. She alone holds the power to make him become a passive participant of her warped fantasies as well as being active in the criminality of making those fantasies a reality by kidnapping prospective ‘prom dates’ and allowing for their eventual demise.

There’s a devilish glee that Lola Stone injects into her abhorrent actions, one that is so infectious that you feel yourself absorbing it as you watch. It’s like villain osmosis, you don’t actively want to start liking Lola Stone, but somewhere along the way, around the time that she sits on her captive’s Brent’s lap after finishing carving a heart in his chest and quite literally pouring salt in his wound, you start to understand this character’s motives; she’s looking for her prince. As she takes time to methodically take her captive through her previous encounters with ‘frogs’ instead of ‘princes’ in the form of a scrapbook of previously unsuccessful candidates it’s hard not to be enthralled. She entirely has the audience under her spell.

What’s more, she’s relentless, a girl truly on a mission. In a film that sits at just under ninety minutes, she gets run over by a car and continues to pursue the escaping Brent by dragging herself along using her knife as a crutch, she gets kicked and beaten up by her hostage who then goes on to kill her father and she recovers in time to trap him in a large pit lying beneath her kitchen floor and grieves the loss of her father by threatening to slit Brent’s mum’s and his girlfriend’s throat. She’s proactive, she sees what she wants and she takes it by any means necessary.

Underneath her flagrant disregard for social boundaries and eye watering torture methods, Lola is just a regular teenage girl with regular teenage desires. She wants to get dressed up in a pretty pink dress and go to the prom with a boy that she’s in love with, dance to some cringey song that sounds like something you made up with your friends when you were 8 years old and be covered in glitter. Who wouldn’t want that? The dichotomy of the stereotypically feminine female and the brutal and horrific acts of torture that she inflicts upon her male prey is what makes her so terrifying yet compelling. Time and time again we’ve seen the same narrative in horror played out repeatedly; psychotic male kidnaps, stalks and then tortures an innocent and usually attractive female. Lola Stone is a modern anomaly, a completely autonomous and empowered female psychopath, a walking oxymoron of feminine values and brutish behaviour, with a sense of humour to go with it. And for that, I adore and in a bizarre way admire her. Lola Stone is our modern horror icon, one to change the way women operate as antagonists in horror films and the one to pave the way for psychos on screen ten years later. May her legacy continue. 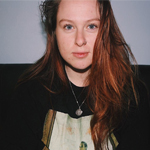 Rachel Chandler is an English Literature with Creative Writing graduate from the University of Birmingham. Born and bred in about as middle England as you can get – The Midlands are real and she will fight you on it – she spends her time slinging pints for the masses by day and obsessively watching films by night. Her favourite film is staunchly Donnie Darko despite its edge-lord following, any French or Australian cinema as well as anything that’s gay even if it’s pure trash. She has previously written for RADICL Mag reviewing music, mainly of the indie persuasion. You can scope out her many ramblings at @RShanaynayChand or @RachelC978 on Twitter as well as getting in touch via her film blog recrecs.wordpress.com