REVIEW- Polar: A violent, congested assassin flick that’s as enjoyable as it is trashy 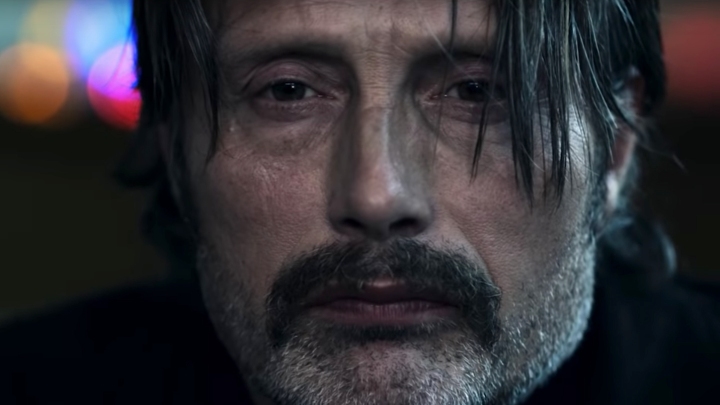 Jonas Åkerlund’s latest film is sure to thrill, amuse, disgust, and—forgive me—polarize viewers who decide to stay home and see what’s on Netflix. Starring a deadpan Mads Mikkelsen and based on Victor Santos’ graphic novels of the same name, Polar is a bonkers, uber-violent assassin flick.

Åkerlund is best known for his direction in the pop music world, particularly of concert films and music videos. (The most viewed of his works is probably “Telephone”; the 10-minute, Tarantinoesque reimagining of Thelma and Louise in which Lady Gaga and Beyoncé play murderous lovers on the lam.) Polar is the Swede’s newest feature after Lords of Chaos—his as-yet-unreleased horror-thriller film that premiered at the 2018 Sundance Film Festival—and is on track to be a lot less well-received.

Those familiar with Åkerlund’s music-industry work will recognize his stamp all over Polar. (In fact, partially due to its deadmau5-produced score, the film sometimes feels like a two-hour music video.) Everything’s there: the lavish mansions, the neon and over-saturated hues, the violence (in excess, which hurts the film somewhat), the T&A (also in excess), and the many memorable sartorial moments.

Fittingly, Mikkelsen has made three music-video appearances in his acting career; the most famous being his cameo as “The Bitch” in Rihanna’s “Bitch Better Have My Money” (his words, not mine). He’s also no stranger to the comic-book world, having played Kaecilius in Dr. Strange and reportedly being a “huge graphic novel collector” earlier in his adulthood.

As Polar’s Duncan Vizla, Mikkelsen is grittier than we’ve seen him in some time. Duncan—referred to in equal measure by his alias, The Black Kaiser—is an assassin who’s two weeks shy of fifty and thus preparing for his agency-mandated retirement. He relocates to a cabin in the woods in small-town Montana, where he looks out for a few goldfish as well as his neighbour; a very shy, very shaky young woman named Camille (Vanessa Hudgens). What he doesn’t know is that his boss, the sadistic and aptly-named Mr. Blut (Matt Lucas), is having all Damocles Agency assassins of Duncan’s age killed so that he doesn’t have to pay their pensions.

The first half of Polar has Duncan getting to know Camille while Mr. Blut’s “A-Team” comes closer to finding him. The plot here is a relatively predictable one as far as assassin films go—until, of course, it isn’t. Duncan’s enmeshed in more drama than meets the eye, which provides substantial material for the film’s second half.

Åkerlund has crammed as much as he possibly could into Polar, both narratively and visually. The result is an assassin movie that’s also somehow a neo-noir, a revenge film, an action thriller, and even a family drama. And it’s seemingly in conversation with some of those genres’ most iconic characters: John Wick receives a pretty frank nod, and, from there, Mikkelsen emulates everyone from Mikael Blomkvist, to Travis Bickle, to Kindergarten Cop’s John Kimble. If this all sounds convoluted, that’s because it is.

None of Polar’s characters are particularly fleshed out—Duncan included—but a few of the film’s women have the added burden of existing mainly as sex objects. There’s the Belarusian prostitute whom Duncan visits whenever he’s visiting Minsk, and for whom he seems to harbour feelings of affection. (No matter, though, since this plotline is never pursued.) The most offensive example is Sindy (Ruby O. Fee), the only of Mr. Blut’s cronies who doesn’t have any weapons skills; she’s instead used exclusively as sexual bait. One of her scenes, a seduction attempt gone wrong, feels particularly gratuitous and easily could’ve been left out.

The film’s most compelling female character is definitely the queer-coded Vivian (Katheryn Winnick), with whom the film’s costume team has clearly had the most fun. Winnick delivers one of Polar’s strongest and most subtle performances, which makes it that much more frustrating that we don’t learn anything about her or her relationship with Duncan. On the other hand, Hudgens’s performance as Camille is arguably the weakest of the film. This wouldn’t be much of a problem except that Camille’s a central character and the only one who’s really given a backstory.

Polar’s biggest achievements are its expertly-choreographed fight scenes and gonzo one-off moments. Though Mikkelsen isn’t exactly known for his comedic chops, he certainly has them and gets to put them to decent use here. Duncan’s the sort of guy who’ll take out a dozen men in a few seconds and then watch a baking show by himself while blowing up a birthday balloon. The film’s first big showpiece is a sex scene-turned-fight scene in which Mikkelsen performs totally naked. It feels like Polar’s climax until you realize that there’s a whole hour left.

Owing to the extremely graphic nature of its violence, you’ll want to have a strong stomach to watch this film. Polar is otherwise well-suited for anyone who likes their protagonist two steps ahead of everyone else, appreciates a “September ‘99” sing-a-long opportunity in a film’s opening scenes, or wonders what a haggard Richard Dreyfuss would look like doing karaoke in a Hawaiian shirt. Style certainly trumps substance here, but it doesn’t seem like that was much of an accident. 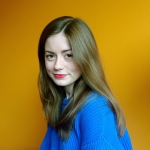 [The Final Girls Club] The Madonna and the Whore in Hell: Exploring the Duality of Women in Hellraiser