Considering 500 Days of Summer is by all accounts a romantic comedy, the identity of its antagonist is a question which has been discussed at surprising length. Is it Summer Finn, a manipulative monster who toys with men like a cat with mice? Or is it Tom Hansen, your stereotypical nice-guy protagonist who’s played by a harmlessly charming Joseph Gordon-Levitt? It’s Tom. In a wonderful subversion of events, criticism of the straight white male lead is built into the DNA of the film. He’s a creep who projects his romanticised vision of love onto poor Summer who repeatedly states she’s not interested in anything serious but gets burdened with his expectations nonetheless. This is a narrative which has been supported by everyone from Gordon-Levitt, to the director, Marc Webb, to my fourteen-year old self who instantly found a new favourite film. It is undeniably refreshing to see a script which doesn’t just take this dynamic at face value but challenges what it means for both women and men. However, in the wake of the 10th anniversary of its Sundance debut, I’m beginning to wonder whether I’d projected my own aspirations for the film onto an ambiguous reality.

When people have criticised the film in the past I’ve generally reacted by saying they’re missing the point. Of course, Summer is a Manic Pixie Dream Girl. That’s the idea. It’s intended to be a subversion of the trope, because Tom doesn’t manage to crush her into submission. Obviously, she is presented as the antagonist, but that’s a way of satirising Tom’s tragic, creepy perspective. Certainly, there are moments where the film unequivocally supports this idea with a fantastic marriage of technical and narrative proficiency. A crucial example is the expectations vs reality scene, which establishes the disconnect between what Tom believes and the reality of the situation. While films in first-person remain distinctly rare, the bias towards Tom’s perspective is evident throughout and this scene is central in fracturing the façade of objectivity. Unfortunately, Tom’s heart-break here arguably works too well, as the sympathy it engenders has caused many to relate to him. It becomes easy to argue that Summer shouldn’t have invited someone who was in love with her to an engagement party without saying something beforehand. This goes back to the common idea that she’s manipulative, because she refuses to be upfront with him, and undermines the supposed intent.

The way people read 500 Days of Summer thus runs parallel to interpretations of a much more famous American classic, The Great Gatsby. While there are many differences between the two (as far as I remember, The Great Gatsby doesn’t involve drunk karaoke), both are an interesting reflection of how people view female protagonists who don’t conform to the main character’s expectations. In many ways, Gatsby’s Daisy Buchanan is a primordial form of the Manic Pixie Dream Girl trope, as Gatsby prioritises his own desire for a woman over the reality that she is her own person. Consequently, both Daisy and Summer have attracted a lot of hate over the years. People blame Daisy and glorify Gatsby, in the same way that people can’t forgive Summer for ‘misleading’ Tom. The most interesting part of this comes when you consider the fact that F. Scott Fitzgerald was clearly not a champion of women’s rights. The Great Gatsby is hardly a feminist manifesto despite the striking picture it paints of female objectification. For someone like me who has held up 500 Days of Summer as a subversion of tropes in film, this raises a serious issue. Is 500 Days of Summer really a consideration of how men project their ideals onto women, or was that unintentionally represented? Is it progressive, or is that just what I wanted to believe at the time?

As discussed above, almost everyone involved in the film has gone on record saying that you are never meant to like Tom. However, if we’ve learned anything from the evolution of Tommy Wiseau, it’s that retconning your general intentions is completely possible. In the same way that you can go from the target of a joke to its knowing creator, you can go from writing a relatable story about how awful women are, to writing a satirical story about how awful men think women are. The opening credits of 500 Days of Summer feature the disclaimer that ‘any resemblance to people living or dead is purely coincidental’, and then call out one particular person in no uncertain terms. While this can be read as a harmless joke, the idea that the film is semi-autobiographical, is distinctly uncomfortable, especially when aligned with a condemnation of the people it’s supposedly advocating for. Furthermore, the writer Scott Neustadter has given an extensive account of the relationship it was based upon which is hardly reassuring in presenting the film as self-criticism.

The real nail in the coffin for this narrative is the final scene, which draws a somewhat positive end to the film. In my contented teenage brain, I never really lingered on this. The most I came up with was a lazy excuse about how the cyclical nature of the story means that there is never one single ending. However, on re-watch, that desire for a cliché happy ending ends up ruining so many of the points I wanted to see. Most importantly, it completely undermines the idea that Summer is a human with agency and turns her into a plot device for the protagonist to grow and learn about himself. Women are only important because of how they relate to a man’s life and are unable to exist outside of this continuum, obviously. To the film’s credit, Tom does undergo an effective character arc, but it’s one that fits into established tropes rather than challenging them as completely as we’re supposed to believe.

500 Days of Summer may be a fascinating film with a unique charm and two perfectly cast actors, but it’s far from perfect. That doesn’t mean I’m going to stop loving it, in the same way that I will never stop loving The Great Gatsby, despite its questionable gender politics. If anything, it gives the film another dimension, as it can be analysed relating to the question of intention vs result. Watching it with someone at the beginning of a relationship could work as a useful litmus test in telling you whether you should stick it out or run away as quickly as possible, based on their assessment of the villain. In this light, the issue is not whether Summer or Tom is the antagonist, but what any classification says about the viewer. 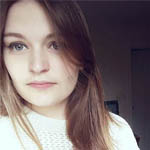 Lucy is a French Literature and Film student at the Sorbonne in Paris. She spent 5 years saying her favourite film was The 400 Blows but has finally come to accept it will always be The Perks of Being a Wallflower. You can follow her on Twitter @justlucyamelia.