REVIEW – When Jeff Tried to Save The World: Sweet dramedy that plays to post-grad angsts starts strong, then fizzles 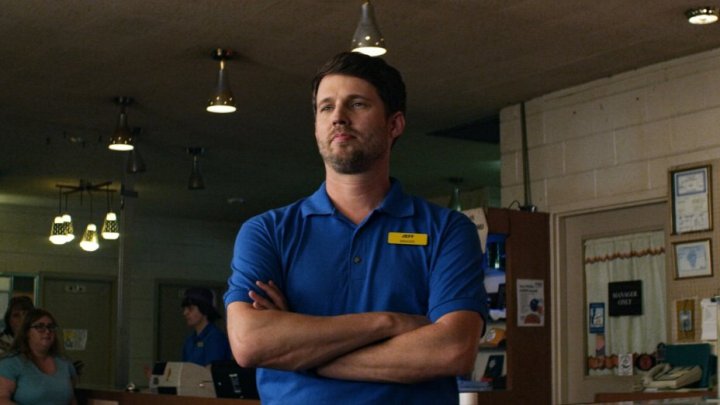 Often, as it is wont to happen, during the ficklest time of our lives, the paths we laid out for ourselves between high school and college do not line up with our post-grad life. Whether it be for financial instability, family disagreements, or simply that our ideas for how our lives will go and where our true passions lie have changed in the four years between twelfth grade and sixteenth, where we once started out as bright-eyed eighteen-year-olds, and where we end up as indebted, exhausted twenty-somethings, don’t always run parallel to our own expectations – but that doesn’t necessarily mean we’ve failed.

Thus, this is the message at the heart of twenty-three-year-old Kendall Goldberg’s confidently-helmed feature debut. That where we find ourselves in the years that follow retrieving a crumpled bachelor’s degree from our mailbox, is not always a true measure for others to use in weighing our happiness and personal success; that ultimately, expectations can do more harm than good, and that sometimes falling short of them for the sake of our wellbeing is better than exceeding them and ending up miserable. But underneath the touching themes and impressive technical execution, is something that still ends up feeling incomplete. For a film absolutely brimming with potential and a positively irrefutable amount of prowess and control from Goldberg, you can’t help but leave the film wishing it could’ve been just a little bit more.

When Jeff Tried to Save The World starts us off with an introduction to our lead character, the titular Jeff (Jon Heder), as he readies Winky’s World for another day of business. As manager of this fine bowling establishment and eatery, Jeff arrives before all other employees and makes sure things are in good working order prior to the long day ahead. He checks the cash drawers, sprays the bowling shoes, turns on all the lights and the beckoning neon sign, but not without first playing at least a round of one particular game in the bowling alley’s adjacent arcade. Jeff stands piloting Whizzing Winky’s, the arcade game he devised and constructed all on his own, smiling to himself at his own computer-programming skills and beholder of the only top scores in the game.

It would appear as if Jeff could not be more comfortable with the current state of his career and living situations. The time he spends prepping Winky’s World for its customers seems to be a genuine source of pride and joy. His apartment is homey, he manages his depression and anxiety handily with daily reminders, he has solid relationships with his coworkers (played by Brendan Meyer, Steve Berg, and Richard Esteras); he attains joy from the little things, and seems more than content to continue on as he has been. But this is all, of course, interrupted by the unannounced stay of his college-age sister, Lindy (Anna Konkle) and her roommate, Samantha (Maya Erskine), the former of whom still assumes Jeff to be working in computer programming from the high expectations placed on him by their family; and the news of the impending closure of Winky’s World due to an array of unsolvable maintenance issues and a dwindling amount of sales, as relayed to him by his boss, Sheila (Candi Milo), and her newly estranged husband, Carl (Jim O’Heir). Jeff attempts to manage not only the place he loves as it nears the unwelcome embrace of its own deathbed, but its potential resurrection in the form of a day of free pizza and live music to attract more customers, while he deals with keeping his true occupation from his sister and parents, and the budding romance between him and Samantha.

When Jeff Tried to Save The World is an undeniably very sweet film, boasting more than a handful of visually intriguing shots and creatively composed sequences, but there’s an unshakable feeling that the characters are all being kept at arm’s length from one another. Despite our confidently executed ushering into the film, complete with a pleasing score to boot, none of the relationships between characters end up feeling truly established, and thus their denouements feel unearned – even a little bit awkward, along with relatively low stakes, and the lingering sense that the film could have leaned a bit more into the comedy aspect of a black comedy. More than a few of the actors are capable of having great comedic chops, and perhaps that was not the ultimate intent of the film. But if When Jeff Tried to Save The World had had more to laugh at, it might’ve felt like it had more meat to its bones (notwithstanding how equal parts utterly horrifying and wonderful it is to hear Jerry Gurgich from Parks and Recreation say the phrase “balls deep”).

Though the film still manages to be quite touching with its message, the feeling that there are things inherently missing from it leaves a disappointing taste in one’s mouth. When Jeff Tried to Save The World is a film about how people are always a work in progress; that where we end up is neither an indication of our finality nor of our happiness. Sadly, in spite of its premise, the film ends up feeling a bit unfinished itself.