The all or nothing attitude of Stephen King adaptations

“Books and movies are like apples and oranges. They’re both fruit, but taste completely different.” – Stephen King.

Since 1967, author Stephen King has published 58 novels (seven under the pen name Richard Bachman) and six non-fiction books, as well as roughly 200 short stories. Talk about living up to your name, huh?

The expert horror and supernatural writer has won countless awards, including The Bram Stoker Award and The British Fantasy Award (multiple times), to name just a couple. He also received a Locus Award for his non-fiction book, On Writing: A Memoir of the Craft in which he details his processes and advice for writers.

So you could say he’s proved his worth as a credible writer of our generation. But why is it his books are often victims of terrible adaptations to screen? We’re not talking about a couple here either – there seems to be a clear-cut division in King’s adaptations. They’re either cinematic masterpieces or absolute drivel. Even King himself has something to say on the matter. So what’s the deal?

“I did the shower scene, but I hated it and threw it away.”

Why was Carrie such a success?

“I got up, lit a cigarette, sat in a chair looking out the window at the Rockies, and by the time the cigarette was done, I had the bones of the book firmly set in my mind.”

Determined to create something different, King and his wife, Tabitha checked into The Stanley Hotel in Colorado. As it was near the end of the season, they were the only guests there – perfect for a writer on the pursuit of something creepy. The Shining, while scary, was a way for King to write about his own struggles, especially his battle with alcoholism.

Three years after publication, director Stanley Kubrick – fresh off the back of A Clockwork Orange – got hold of The Shining and created what’s often referred to as ‘a masterpiece of modern horror.’

Interestingly, King hated what Kubrick created. Not one to sugar the pill, King commented: “The book is hot, and the movie is cold; the book ends in fire, and the movie in ice. In the book, there’s an actual arc where you see this guy, Jack Torrance, trying to be good, and little by little he moves over to this place where he’s crazy. And as far as I was concerned, when I saw the movie, Jack was crazy from the first scene.”

Why was The Shining such a success?

“I thought it was true to the book, and because it had the emotional gradient of the story. It was moving.”

Based on King’s novella, The Body (featured in his short story collection, Different Seasons), Stand By Me is still a strong contender for everyone’s favourite coming-of-age film. Director, Rob Reiner picked up Stand By Me as he identified with Gordie – “his father always paid more attention to his older brother” – just like Rob struggled to live up to his comedian father Carl Reiner.

Stand by Me was nominated for the Best Adapted Screenplay Oscar and two Golden Globes: Best Motion Picture-Drama and Best Director.

Why was Stand By Me so successful?

“Annie was my drug problem, and she was my number-one fan. God, she never wanted to leave.”

Featuring arguably one of the best fictional characters ever and a sickening ‘omg’ moment, Misery was a very personal creation for King. Inspired by the reaction of his own fans towards his novel The Eyes of the Dragon combined with his struggle with substance abuse, King channelled it all into Misery.

Why was Misery so successful?

“I thought, ‘Oh man, no chance they’re going to make a movie out of this puppy. It’s too talky. It’s great, but it’s too much talking.’”

Another of King’s novellas, Rita Hayworth and Shawshank Redemption was adapted into arguably, one of the greatest films of all time, nominated for seven Oscars and selected by the United States Library of Congress for preservation in the National Film Registry, finding it “culturally, historically, or aesthetically significant”. Although not an instant box office smash (1994 award ceremonies were dominated by Pulp Fiction and Forrest Gump), it went on to be the most-rented film of 1995 and its legacy is still just as strong today.

Stephen King approved and said: “If that isn’t the best [adaptation of my works], it’s one of the two or three best, and certainly, in moviegoers’ minds, it’s probably the best because it generally rates at the top of these surveys they have of movies. … I never expected anything to happen with it.”

Why was The Shawshank Redemption so successful? 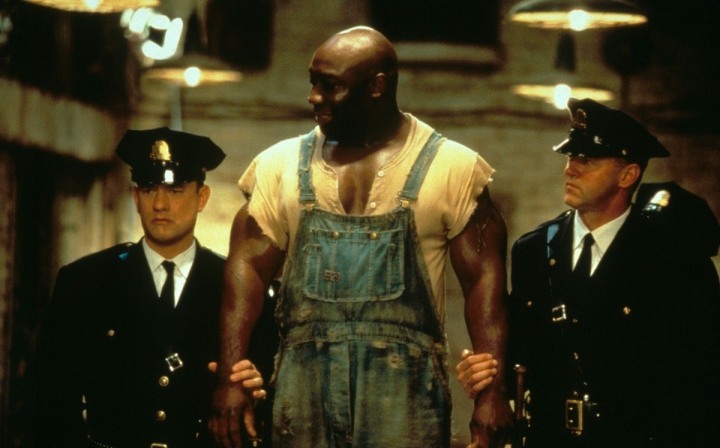 “I had a story that was sort of struggling for air, that was The Green Mile. And I knew if I did this I had to lock myself into it.”

King’s magical realism novel was trusted to Darabont again, in which he created an epic three-hour, nine-minute masterpiece, nominated for four Oscars.

At the heart, it’s a moral dilemma plot, but King’s character development and Darabont’s passion and vision make for an unforgettable film and coincidentally, one of King’s favourite adaptations.

Why was The Green Mile so successful?

“By the end of Children of the Corn, the only thing moving behind the rows is the audience, fleeing to the exits.” – Roger Ebert.

Responsible for spawning nine (!) sequels and prequels, Children of the Corn was the first really trashy King adaptation.

Trapped in a town where children kill anyone over the age of 18, not even Linda Hamilton, fresh off the back of The Terminator, could save this stinker. With poor child actors, unnecessary gore and poor effects, it’s no wonder it’s high on the list of bad adaptations.

Why was Children of the Corn so bad?

Literally, what the heck?

An admittedly odd, short story about a man who acts like a lawnmower (who’d have thunk it?), Stephen King’s The Lawnmower Man was adapted into a hot mess in the early nineties. Director Brett Leonard, known for sci-fi horror films – a seemingly great fit for a King adaptation – strayed so far from the source material, King sued the filmmakers and won. So really, we’re cheating by adding this here, but it’s a great bit of trivia.

Why was The Lawnmower Man so bad?

Do we even need to explain? 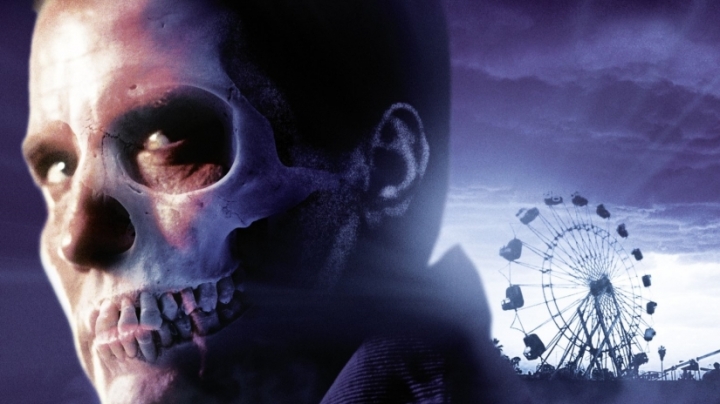 Based on a time when King himself was overweight, Thinner is about an upper-class lawyer who can’t stop losing weight after being cursed.

What could have been an interesting satire on mass consumption in America, was turned into a body horror flick that focused (once again) on style over substance. Even director Tom Holland wasn’t pleased with the ending – which was changed by the by producers to please the audience. His original ending was loyal to the novel.

Why was Thinner so bad? 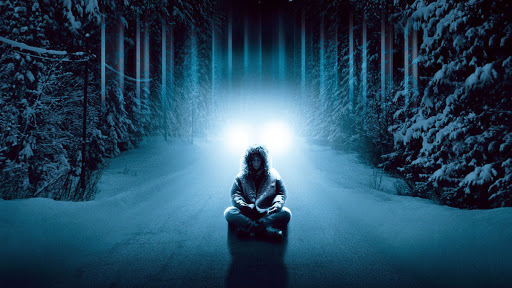 Supposedly written under the influence of Oxycontin (King was recovering from a car accident while writing), Dreamcatcher is a hefty, intense and confusing multi-narrative storyline. And trying to fit all of this into a two-hour film is difficult. So we’re left with an overdrawn, convoluted plot with a habit of focusing on gore. Most see Dreamcatcher as a way for King to get over the accident, a cathartic brain dump and nothing more.

Why was Dreamcatcher so bad?

“The major challenge was to do a film based on a series of books that’s really long, about 3,000 pages.”

Probably the most disappointing for fans, Kings successful Dark Tower series was poorly adapted in 2017. And we’re still not over it.

Expanding on King’s multiverse, The Dark Tower novels was suspenseful, violent and gripping. And on paper, it should have worked with Matthew McConaughey and Idris Elba, but what we were presented with was dull, tame and forgettable.

Why was The Dark Tower so bad?

As Stephen King is still putting pen to paper, we’re looking forward to what weird and wonderful ideas he comes up with. There are already some super exciting film adaptations in production right now including Pet Semetary, IT: Chapter Two and TV series, The Outsider to name just a few.

But seriously, there are more adaptations of King’s novels in production than you can shake Georgie’s arm at– suggesting he’s both the author of our generation as well as generations to follow.

Shannon is a creative writing and film & television graduate. She loves lists (take a look at her Letterboxd profile), cats, Cillian Murphy and going to the cinema. When she’s not watching films, she’s writing about them on her website or over on Twitter @shazzzzakhan.

Tagged as: Carrie, dreamcatcher, misery, stand by me, stephen king, the children of the corn, the dark tower, the green mile, the lawnmower man, the shawshank redemption, the shining, thinner