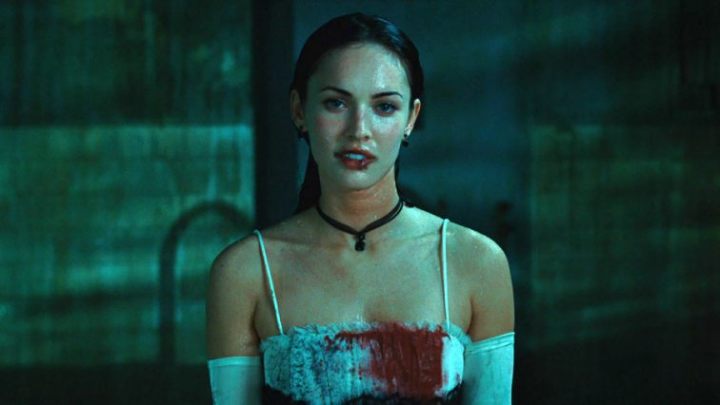 It’s an okay movie. The cinematography is solid, the directing choices are good, it has a plot, the characters have motivations, and if it weren’t for its ridiculous script, – which uses pop culture references and teenage slang that were outdated as soon as they made it to paper – I think it could have lived longer as a good movie in our collective memory. I daresay that even its feminism could have been appreciated for what it was: a (poor) attempt to subvert sexist archetypes. Now, it’s commonly understood as trashy; a guilty pleasure for us weaklings that can’t bear other, “good” horror movies.

It shouldn’t be surprising that queer women have reclaimed Jennifer’s Body as our horror flick. The movie has strong female leads with Megan Fox as Jennifer and Amanda Seyfried as Needy. The plot is consistent, it makes sense, and over all follows a strict theme of Jennifer taking revenge on teenage boys for the harm that was done to her. The movie is understood as a metaphor for Jennifer as a victim of rape and dealing with her personal trauma in an unconventional way. Both Needy and Jennifer are often read as queer, whether by the audience watching the movie or characters within the movie’s universe. The first thing that is said about their friendship, other than Needy narrating the film, is: “You’re totally lesbigay”. The movie uses homophobic remarks as both a way to ridicule the idea of any queer subtext as well as to establish and emphasize the very deliberate intention of queer subtext.

What I find fascinating, and ironic, is that the movie is a perfect illustration of few, particularly present archetypes into which Sapphic characters tend to fall: tortured bisexual, bisexual as punisher, demonic bisexual and needy lesbian best friend. 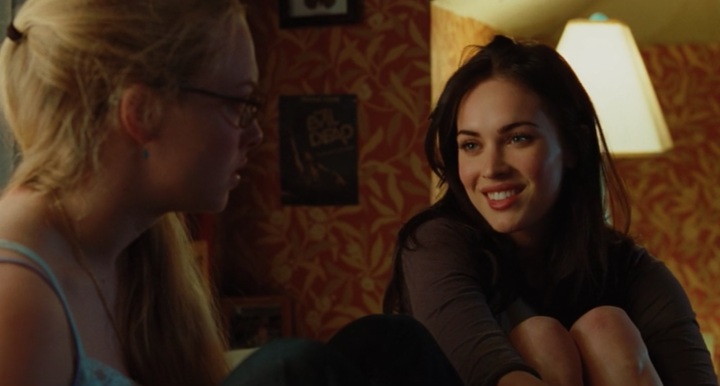 I didn’t find anything in my research on whether the characters are actually confirmed by Word of God (writer; non canon) as a sexual orientation, besides Megan Fox saying she thinks of Jennifer as lesbian. I’ve decided to go with the subtext of Jennifer as bisexual, taking her quote “I go both ways” into consideration, since that line is what I’ve learned to understand as representation of my orientation in media. Throwaway lines like this contribute to bi-erasure, in that bisexual characters never explicitly say they are bisexual. The grip on the “two” is also an outdating understanding of not only bisexuality but our society as a whole. It reaffirms a gender binary, even though bisexuality, despite the bi-affix, rejects it, and has since the existence of the bi community. “I go both ways” or similar one-liners like “I love people”, “People are hot.” (Piper Chapman, Orange is the new Black), “I love people not their genitalia” (Zakia, Sense8) are an easy way to avoid conversation on bisexuality or the variety thereof. Neither does the avoidance of conversation or the word help the assumption that bisexuals are confused or unsure in what they are or what they want, though. Bi-erasure in media can come in many forms, though, not only by not letting clearly bisexual coded characters reclaim their label, but also by having straight people speak for bisexuals and thus reassuring biphobic tropes. Jane the Virgin has gotten a lot of praise for introducing a bisexual man: Adam Alvaro. He was confirmed in the episode “Chapter Sixty-Nine” by having a conversation with Jane about his previous relationships, including with men, in college. He never says that he is bi, however, Jane and other straight characters keep labelling him as such. Besides the obvious issues with bisexual characters being confirmed in over-sexualized contexts on Jane the Virgin (Episode 69 was promoted as being more sexual deliberate than others and Petra, later in the season, realizing she’s attracted to women, too, because of a sex dream) there’s also the issue of usage of tiresome tropes such as the idea of bisexuality being a phase in college.

However, it’s not only the “I go both ways” line that tells me that Jennifer is bisexual, far more interesting is that she falls into some commonly used archetypes that can be associated with bisexual characters in both straight and LGBTQ media. 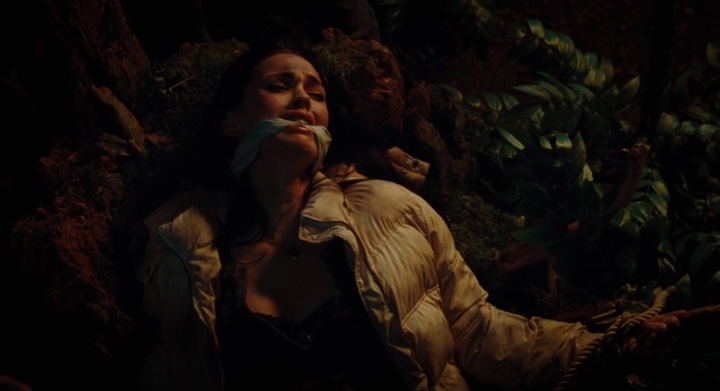 BISEXUAL AS THE TORTURED

The propaganda that same-gender attraction lead to unhappiness and death is an old thing. It’s been used in literature and media since the introduction of queer characters as means to bypass censorship rules. LGBTQ+ characters weren’t allowed to lead happy, fulfilling lives. If their queerness can’t be “solved” or they can’t “recover” from it, they’re killed off. That’s where the Kill Your Gays trope stems from. Gay and Lesbian characters can’t be in relationships with people of the societal opposite gender. Bisexuals, however, could. That’s why bisexual characters are less likely to be killed, even though it still: Felicity on The Catch is killed in direct relation to her relationship with Margot Bishop, or Tamsin on Lost Girl.

If we’re not killed off, bisexual characters suffer. They’re either incredibly unhappy and unsatisfied in their relationship with people of the same gender or are emotionally or physically tortured. If you’re a fan of Person of Interest (as I am) you have seen one of the most explicit examples of this in recent television. Sameen Shaw is tortured for 9 months. It quite literally starts with the show’s canon confirmation of her relationship with Root. Following Word of God (Show Creator Jonathan Nolan), she finds peace in the finale, after Root was killed off in canon. That’s the lesson here: You’re only happy after you’re out of the evil, queer relationship (still the best show, 10/10).

Jennifer is tortured. It’s not in an obvious relation to her bisexuality, but it doesn’t always have to be explicit. The fact that she’d queer could be reason enough for her to be punished. The movie frames Jennifer as sexually deliberate, which doesn’t have to be a bisexual trope, but is often associated with bisexuality, anyway. She’s obviously punished for that by the premise of the movie where she’s only a demon because she lied about being a virgin.

Jennifer is still killed in the end. She’s punished for taking revenge, because her way to deal with her own trauma isn’t the right way. 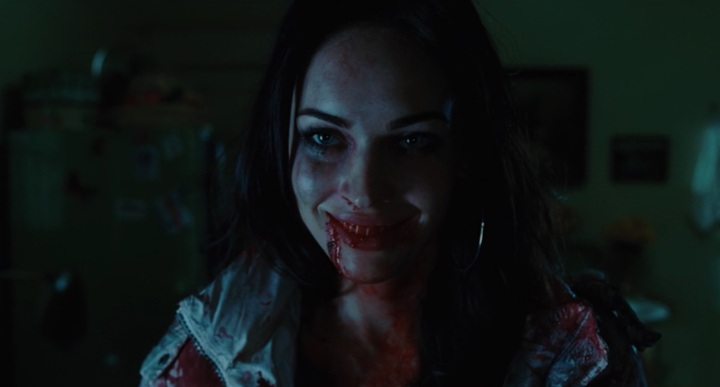 BISEUXAL AS PUNISHER AND DEMONIC BISEXUAL

Another common category bisexual fall in is the bisexual as punisher. This trope can take many forms. I’ve noticed it’s most commonly based on the assumption that bisexuals are cheaters, manipulative and inconsiderate of their partners’ feelings. They deliberately hurt their partners as well as anyone they feel like toying with. In LGBTQ+ media it’s often used as hurting and playing with the lesbian or gay protagonist’s feelings, but it occurs in “straight” media, too.

Jennifer is a bit more literal in her punishment, though. She feeds on boys due to what has happened to her. She uses her sexuality to lure the boys in which perfectly aligns with the idea of bisexuals as manipulators and seductresses. They seduce their partners to evil.

Queer coding the bad is another very common thing. There certainly is something dangerous and sexy about sexual or gender ambiguity. The idea, the mystery of whether someone is gay or not, living on edge, is so attractive to straight people that we know have this fully fleshed out trope of demons, as a rule, being queer.

If you’re familiar with Lucifer, the TV show, you might know that Lucifer and one of the demons on the show, Mazekeen, are queer. While the comics, on which the show is based has Lucifer and Mazekeen established as bisexuals Mazekeen is pansexual on the show – according to the actress who plays her. The show doesn’t really deal with LGBTQ+ themes outside of Lucifer or Maze and hardly even covers the bases with them. Their queerness is hardly ever acknowledged outside of a sexualized context. If it is, then it’s a joke. When it’s sexualized, it plays in the trope of Lucifer and Maze being dangerous.

Jennifer and Needy are both literal demons.

We obviously assume that Needy Lesnicki isn’t straight, either. I’d not be surprised if the movie canon (or Word of God) would confirm Needy as bisexual or lesbian after being bitten by Jennifer.

Needy’s transformation to a demon (or half demon), other than Jennifer’s transformation, feels more empowering. Where Jennifer felt “normal” at best of times besides her super-strength and ability to heal, and physically drained at worst, Needy gained supernatural powers and focus. Needy takes it onto herself to not only revenge the boys Jennifer has killed but she revenges Jennifer as well. One, by killing her and freeing her from the pain, and finally, by killing Low Shoulder, the band that sacrificed Jennifer to Satan. 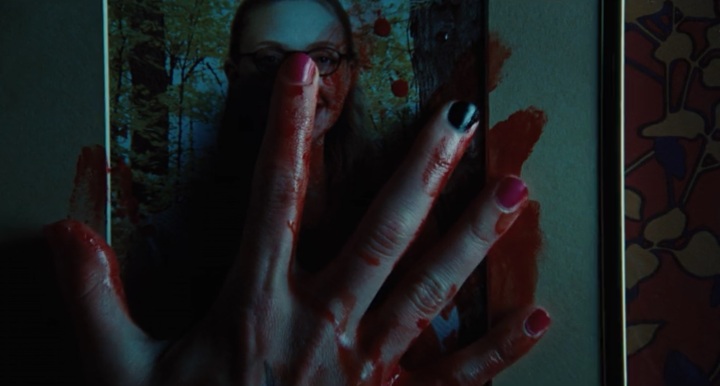 So, Needy as a character falls into Sapphic tropes, too, however, I feel like it’s easier to understand Needy as lesbian than bisexual. Not only because of her name, Lesnicki, but also her position next to Jennifer.

The trope of the lesbian best friend in needy attention of the straight or bisexual best friend is exhausting. Much like any other overused queer trope. It positions the lesbian friend in a role of a victim as well as someone entitled to their friend’s attention. That trope is harmful to lesbians and bisexuals alike. On one hand it frames lesbians as pathetic idiots who can’t get a hint, and on the other it frames bisexuals as cold-hearted assholes who exploit their friends’ feelings for validation.

Needy’s world stands still when Jennifer takes her hand, or when she looks at her while cheerleading. It’s initiated that Jennifer convinced Needy to play “boyfriend and girlfriend” when they were younger, and it was Jennifer who initiates the kiss. 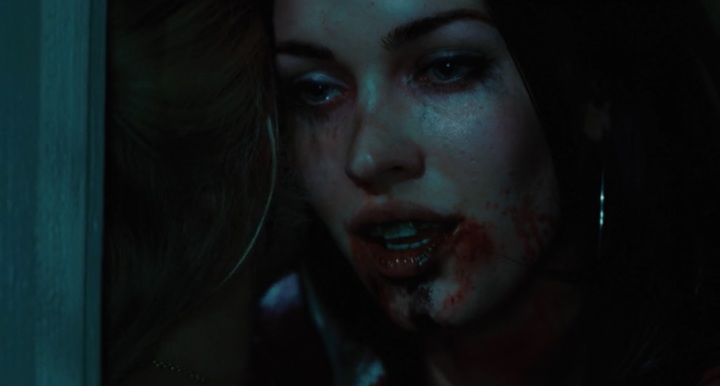 If it weren’t for the homophobia of the script Jennifer’s Body would feel closer to a subversion of those tropes. If it didn’t spend so much time on reassuring that the idea of any queer subtext was ridiculous and had instead just let it be, it could have been something. But as it is now, it is just ridiculous. Sure, I can enjoy its absurdity, the few iconic moments, but overall the movie just missed a mark. It’s sad, really. The plot is consistent. Every character undergoes character growth, they have their own agenda and role and depth. The movie could have been so salty (“hot” in Jennifer’s Body very relevant and dated teenage slang). Instead, Queer Women have reclaimed it as a good movie, interpreting the homophobic remarks as ironic jokes that come from fellow Sapphics. “Do you buy all your murder weapons at Home Depot? God, you’re butch” does sound like something my friends would say. Considering it’s a movie from 2009 and there’s to this day a severe lack of LGBTQ+ representation it’s understandable we’d reclaim the little scraps and pieces we got.

Or maybe we just like it because of that one scene. 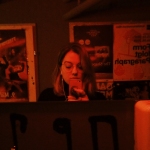 Ell Hofmann is an aspiring filmmaker who identifies too much with Greta Gerwig movies. She’ll start studying Film and English at University Vienna coming October, after having finished a college for Multimedia Art and Animation.
You’ll find her talking about Professor Marston and the Wonder Women as well as Amy Adams’ incredible acting range @ell_hof