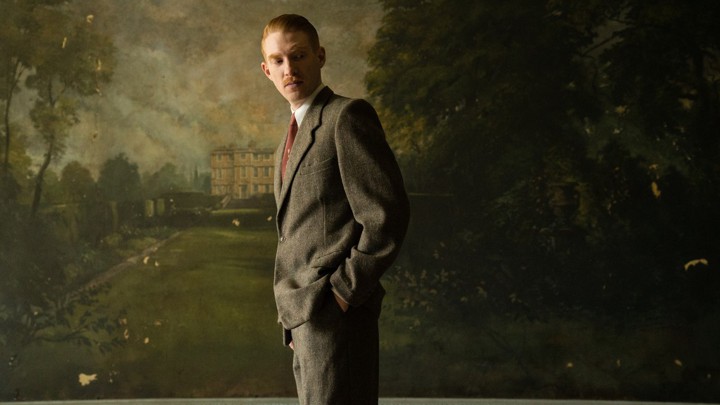 Little by name, little by nature; Lenny Abrahamson’s latest feature tells its story in a subtle, reserved way that quietly creeps under the skin. There are no jump-scares or Del Toro-esque ghosts to be found here, but rather a twisted game of cat and mouse that takes place around a run-down English country mansion, Hundreds Hall. Dr. Faraday (Domhnall Gleeson), whose mother worked as a maid there many years before, is called to the estate to tend to its current maid, Betty (Liv Hill), after she falls ill. Visiting the house soon becomes a regular occurrence for Faraday, as he takes it upon himself to treat the wounds of its owner, war veteran Roderick Ayres (Will Poulter), who lives there with his sister Caroline (Ruth Wilson) and their mother (Charlotte Rampling). As patient and doctor grow closer, Roderick confides in Faraday that he believes there’s something in the house that “hates” him, a thought that leaves him feeling more and more perturbed as the days go on. Despite Betty having expressed a similar sentiment to him earlier on, Faraday dismisses the notion as complete nonsense and concludes that Roderick is just of unsound mind. However, evidence for a real supernatural force inhabiting the house soon begins to mount up, as strange markings appear on the walls and the service bells start to ring inexplicably. Before too long the residents of the house are seemingly targeted, and there remain few places where they can hide from whatever, or perhaps whomever, is haunting them.

While attempts are made to offer possible explanations for the strange occurrences at Hundreds Hall, the film is never quite capable of committing to one and fleshing it out, and in doing so, it abandons its ending to utter ambiguity. The film builds suspense and tension at such a tantalisingly slow pace that a definitive conclusion could have had a substantial impact but, unfortunately, it falls flat at the final hurdle. Although Abrahamson has stated that he was, in fact, content with an ambivalent finale, it doesn’t reflect particularly well on a film when you have to read the entire plot on Wikipedia in search of an explanation. His creative decision to leave it open to audience interpretation is arguably admirable, though, since it sustains your interest in the film as you leave the cinema desperately trying to piece everything together.

Despite the film’s narrative shortcomings, Domhnall Gleeson excels at setting an eerie tone in his portrayal of Faraday: overly composed with a face of stone, his sheer presence on the screen oozes a lingering sense of the uncanny. Equally remarkable is Will Poulter as young Roderick, a tragic and fascinating character who is frustratingly under-utilised considering his importance within the narrative.

The Little Stranger is a sophisticated but slow-burning gothic drama that fizzles out rather than ending with a bang. It’s a perfect adrenaline rush for those who don’t like horror, but it may leave many feeling underwhelmed in spite of its stellar cast.

Holly Weaver is currently studying French and Spanish at the University of Leeds, and has spent her year abroad studying film in Montréal. An old soul, she is enraptured by pre-1960s cinema and some of her favourite films include Singin’ in the Rain, City Lights and The Crime of Monsieur Lange. Her life ambition is to dress like Phillip “Duckie” Dale from Pretty in Pink, her one true style icon. You can find her tweeting and letterboxd’ing at @drivermiller.

A Glimpse of Queer Motherhood in ‘Mommy’

‘Foundation’ Is a Beautiful Big Budget Sci-FI That Gets Lost in Too Many Plots, Timelines and Characters

It’s Time For the Sitcom Husband to Die