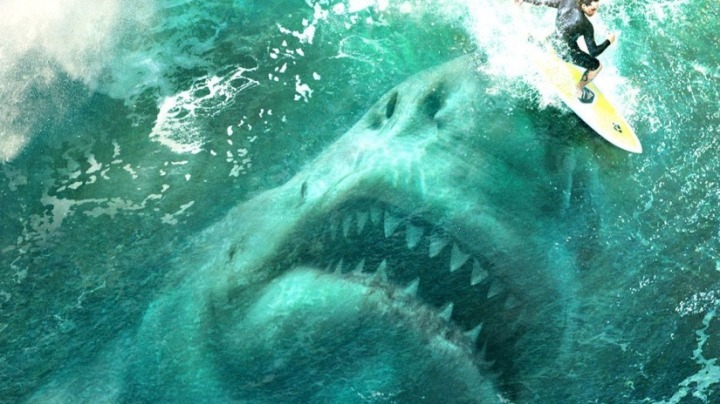 The Jason Statham-led Megalodon epic The Meg is hitting cinemas on Friday, so here at Screen Queens we’ve been discussing the recent resurgence and popularity of creature features. From Kong: Skull Island, Rampage, Sharknado and another Godzilla instalment on the way in 2019, it seems that huge creatures causing chaos are here to stay.

If you’re excited for The Meg, here are 5 other creature features to sink your teeth into.

No discussion of creature features is complete without mention of the mother of all sea-side disaster movies, Steven Spielberg’s Jaws (1975). The film tells the story of the eponymous great white shark that terrorises Amity Island one summer, savaging unsuspecting swimmers from the depths below. Three men team up to hunt the shark and restore calm and safety to their sunny beach resort town – the results are bloody. Over 40 years later, Jaws’ power to terrify is still undeniable. Despite sharks being confined to the ocean, there’s something still inescapably frightening about them; something that Jaws exploited and is still used to great effect in film today. The thrill induced by John William’s two-note theme alone promises horror long before we glimpse so much as a fin; the score has become synonymous with “…Shark!” and of suspense itself. The monster barely even had to be shown – all it took was some sudden ominous thrashing and red dye clouding the water to evoke its bone-chilling attack. By the time we actually come nose to nose with the massive mechanical monster at the film’s gory climax, the tension has dissipated, and we just get to relish watching it get blown to bloody shark pieces. Although more recent creature movies with advanced special effects might be taking the more-is-more approach when showing off their monsters, Spielberg’s genius lies as much in what he doesn’t show as what he does. Jaws made us fear the deep and dark unknown, and shattered the idyll of beach-going (unsurprisingly, attendance dropped dramatically in 1975). It’ll make you think twice about going for a dip, that’s for sure. –Megan Wilson

Godzilla aka the king of monsters, is in some incarnations over 350 feet tall with city-destroying radioactive powers not to mention over 30 feature films and multiple comic book series to his name. Born in 1954 by Japanese production company Toho, he is Japan’s answer to King Kong. ‘Gojira’ as he is known in Japanese, rose from the ashes of atomic warfare as a result of mankind’s interference in the natural world. Climate change is real, people!

At 64 years old Godzilla has a long history of on-screen interpretations with varying character traits and abilities. Many Godzilla die-hard fans shudder to recall Tristar’s 1998 “Godzilla” directed by Roland Emmerich for its cheesy acting and dinosaur-esque Godzilla (he should be more like an aquatic lizard) but Emmerich’s Godzilla did succeed in painting a more sympathetic creature, more animal than monster. The movie was panned by critics after it released on the heels of its better produced counter-part “Jurassic Park”, despite being a box office success. As my first introduction to the lizard king, I recall Emmerich’s Godzilla will 90’s nostalgia fondness.

Godzilla is a mysterious monster who continues to evolve throughout the decades, getting bigger in size, stronger in power and growing his list of decimated cities across the globe. Although don’t underestimate him, his earth-shattering power has been known to come to the aid of humanity in unexpected ways, like against the gigantic MUTO’s of “Godzilla” (2014). Audience fascination with this King kaiju are strong and steady, look forward to seeing him return to the big screen soon in “Godzilla: King of the Monsters” (2019) and “Godzilla vs. Kong” (2020). –Adelle Drover 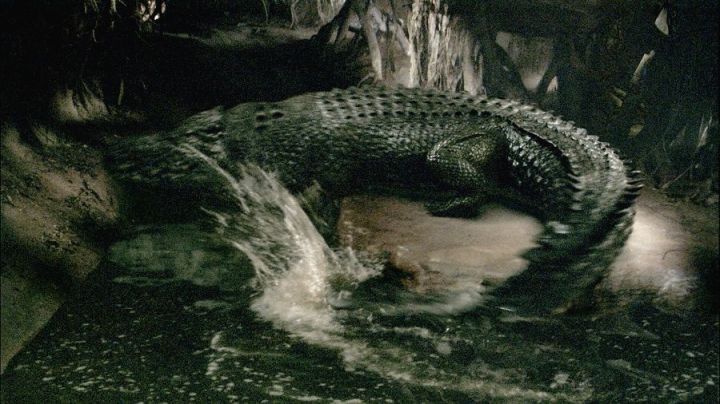 No one does horror better than the Aussies, and they also have more horrible creepy crawlies on their soil than a Brit such as me could even comprehend. In Greg McLean’s (Wolf Creek) Rogue however, spiders and snakes are the least of your worries when there’s a 23 foot killer croc on the loose.

Based on the highly accentuated true story of ‘Sweetheart’, a mere 5.1 metre Saltwater Crocodile that only attacked boats, not people in the 1970s, Rogue lets its title creature crave human flesh as it stalks a riverboat cruise full of a likely cast of stereotypical tourist types with performances from Sam Worthington and Mia Wasikowska.

A technically accomplished and heavy intensity horror thriller, Rogue builds the tension to skyscraper amounts when the riverboat crashes on an island that will be submerged by nightfall when the tide comes in. As the croc gently paces around the murky waters it becomes a race against time to get each passenger back over the river to a wooded area, using any means and sacrifice necessary. McLean’s man-eating crocodile takes on gargantuan proportions, measuring 3 foot longer than the actual longest ever recorded Saltwater Crocodile, Lolong who came in at around 20 feet. The prehistoric connotations with that of the Crocodile, especially one of this size and brutality is what makes the creature so terrifying; they were here long before us, and they will certainly be here long after us. –Chloe Leeson

Throughout the history of cinema, many a great beast have commanded our screens both big and small, but none as magnificent or as powerful as the Tyrannosaurus Rex. Ever since the Jurassic Park series made its debut in June of 1993, the T-Rex has continued to compel and terrify audiences. So much so, that the original Jurassic Park film has won twenty different awards alone, including three Oscars, and remains one of the highest-grossing movie franchises to date.

Made of solid muscle, razor sharp teeth and stretching over forty feet long from head to tail, basically, the T-Rex is just super kick ass. In many other man vs. monster epics-King Kong, Godzilla and Jaws to name a few-the monsters are eventually defeated, and mankind confirms their place at the top of the animal kingdom. But such victories do not occur against the T-Rex. In each of the films, the heroes always flee the island, finally realising how small and vulnerable they are in the realm of dinosaurs and too scared for their own safety to stick around. And it’s not just mankind who are put in their places. Other prehistoric predators including the naturally existing Velociraptor and the genetically manufactured Indominus Rex from Jurassic World, cannot bring down this king of the jungle. Additionally, it’s quite rare for such alarmingly hostile monsters to elicit feelings of sympathy from audiences. Yet time and time again, I end up rooting for the T-Rex to serve justice and swallow the villain, or I’m sitting anxiously on the edge of my seat waiting for it to charge into the midst of the battle and save the protagonists from a bloody fate delivered by far more malicious creatures without even meaning to. No one can control the T-Rex. It does not serve any one person. So get out of its way or be eaten alive. No matter what new beast we create or rediscover, the Tyrannosaurus Rex will always reign supreme. –Kacy Hogg

Alex Garland’s existential mindtrip Annihilation explores the delicate line between the real and the uncanny, introducing viewers to a pretty astonishing assortment of sci-fi horrors along the way. We get a giant alligator, human-shaped plants, and rapidly developing alien doppelgangers. But one of these mutations surpasses the rest in nightmare fuel potential: the scream bear. As the women of Annihilation stand watch over base camp their first night, a hulking figure suddenly attacks Cass (Tuva Novotny), dragging her off into the woods. Cass’s frantic screams are the last thing we hear before everything goes silent, but this isn’t the last time we encounter the bear (or Cass’s screams). I wish.Conceived by Annihilation’s creators as a human-bear hybrid that retains a part of each victim, the second time we meet the bear it mimics Cass’s scream, fooling Anya (Gina Rodriguez) into opening the team’s cabin door. This voice-stealing trick freaked me out as a kid watching The Little Mermaid, and it freaks me out just as much in this scene.* Imagine your last moments alive filling every cell in your body with fear. Now imagine that fear living on forever in your killer. With the scream bear, Garland constructs a monster that has horror literally coded into its DNA. Damn disturbing stuff, if you ask me. *Cool bonus fact: The name Ursula actually means “little bear.” Feel free to draw your own conclusions from that, but remember you read it here first, folks. –Juliette Faraone

‘The Ringmaster’ is a Quirky Documentary About Following Your Dreams

[The Final Girls Club] The Madonna and the Whore in Hell: Exploring the Duality of Women in Hellraiser