So, you want to celebrate the one-hundredth birthday of Swedish filmmaker Ingmar Bergman? If you haven’t been spending #CriterionMonth binging everything from Crisis to Saraband – or you’ve never seen a Bergman film at all – consider this your official invitation into the fold.

I’ve compiled this watchlist as a “Bergman 101” of sorts, introducing you to a cinematic master’s seminal works and favorite themes. But my hope is that is will also be your source for deeper dives into the oeuvre; for each film, I’ve provided Bergman B-Sides and other complementary recommendations, because my guess is, once you’ve started your Bergman binge, you won’t want to stop the spiral into dreamy, existential, perfectly-lit, and expertly crafted scene work (and I’d bet at least nine out of ten will be dying for more Liv Ullman and Bibi Andersson). Bonus? All the Bergman films on this list are available to stream on the Criterion Channel and Filmstruck. 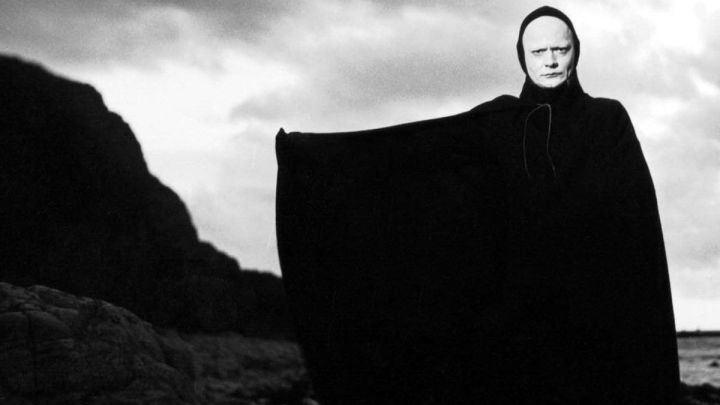 It’s not his first feature, but it is considered one of the greatest films of all time. And The Seventh Seal is (in this writer’s opinion) the quickest and most accessible means to understand Bergman’s thematic obsessions (and obsessions they are). Existentialism, acting, medieval rites, soul-having, good versus evil, the values/shades/hues of black and white (metaphorical and literal – the lighting is crucial); they’re all covered here in an infamous game of chess between a deeply thoughtful knight (Max Von Sydow) and a hooded, pale figure that is most certainly Death (Bengt Ekerot). It is best followed with a showing of Bill and Ted’s Bogus Journey (1991), the underrated and heavily Seventh Seal-inspired sequel to their Excellent Adventure (1989). Seriously.

More than a decade later, The Rite could be seen as a return to the same group of actors and their manager; only older, not at all wiser, and far more jaded. Played out in scenes, it’s an unusual (though not the most unusual for mid- to late-Bergman) structure that mimics the theatricality and scene work of its subject matter. It’s also a bit of a law-and-order crime drama meets a cult ritual, if you’re into that sort of thing.

After contemplating the meaning of life, I suggest finding yourself once again in medieval Europe, this time in the company of two sisters: one pure, innocent, and naive blonde; and one traumatized, impregnated, not-so-nice brunette. If they seem like the most archaic archetypes, it’s because they are; The Virgin Spring provides the blueprint for what will become a seventies and eighties exploitation horror staple — the rape-revenge film. Genre fans will recognize more than a bit of Wes Craven’s Last House on the Left in this morality play gone horribly wrong. Those concerned with gender representation and rape films helmed by men will be interested to know that the screenplay was adapted by a woman, Ulla Isaksson.

Every horror film you’ve seen in the last twenty years involving creepy drawings by children, haunted artists possessed by visions, and parties full of creepy maybe-cult members owes a debt to this bizarre masterpiece of psychological horror. Liv Ullman’s opening monologue — and even the sound of film rolling over the opening credits — will remind you that the idea of “found footage” and the faux documentary horror flick is hardly new. Bergman’s unique montage choices combined with very intentional direction create a sense of unease and inevitability. Shades of Rosemary’s Baby (made in Hollywood the same year), The Blair Witch Project, and even The Babadook echo throughout. The setting is sublime, and as always with Bergman, it is really and truly all about the relationships created by his actors; Max Von Sydow is at his brooding and stately best.

*Side note – the more Bergman you watch, the deeper a relationship you come to have with his staple troupe of actors (Von Sydow, Ullman, Andersson, to name just the core trio). I find this characterizes the films differently with each rewatch, depending on what you’ve seen before, and when you’ve seen it last. It’s a beautifully tangled web woven over time, and one of the most unique elements of this filmmaker’s work. Bergman wasn’t just working with actors, he was committed to and obsessed with their craft. The films all work independently, but together, they are able to comment on the process of filmmaking itself. 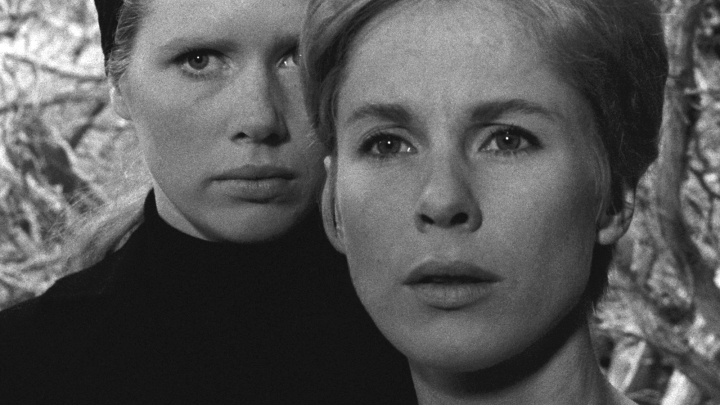 For me, this is the master work. With Liv Ullman and Bibi Andersson (and a silent little boy waving his hands over their projected faces), this psychological drama (or horror film, depending on who you ask) takes Bergman’s approach to human identity to its height, and women’s relationships with each other in particular. If The Seventh Seal ponders the meaning of life, Persona wonders whether we lead our own lives at all. An actress (Ullman) who no longer speaks takes to a remote cottage with a nurse (Andersson) who finds it an apt opportunity to confide in someone. Too much alone time (or just enough) allows personal identities to enmesh, intertwine, and become so tangled it’s hard to tell one apart from the other. It’s equal parts Freudian, Jungian, and witchcraft. Sometimes celebratory of women and their bonds, sometimes deeply skeptical and downright frightened by them. Whatever this film is, it’s terribly honest, and very possibly perfect.

Ullman and Andersson reunite just a few years later in this drama; this time as old friends who couldn’t outwardly seem more different, yet also have a bit too much in common. The women are no longer alone, with Max Von Sydow taking the lead and Erland Josephson playing a very cold husband to Andersson (his photographic archive of emotions is a highlight). It’s a less cerebral, more human, and therefore sadder story, than Persona (warning to those uncomfortable with animal violence, this has a fair bit), but just as good-looking and grim to the last frame.

I would be remiss not to direct you toward the Bergman that won four Oscars (the most for any foreign-language film to date). It’s a sprawling family drama that you can watch in its theatrical cut, or now (thanks, Criterion!) in the episodic format it was conceived in. No matter which way you choose, it is as beautiful and haunting as anything Bergman ever directed. And after the previous films on this list bereft of young children (except for that silent watcher in Persona), it provides an interesting tonal contrast (again, metaphorically and literally, as this is shot in vibrant color). For a man that spent so much of his cinematic career doubting the optimism of human life, Fanny + Alexander has a great deal of it. Of course, there’s still a pungent layer of adult nastiness and pessimism about existence that pushes that childhood imagination down as far as it can, but whether it succeeds is up for debate. If this film was the semi-autobiographical work of his career, Bergman’s own triumphs and successes as an artist should tell us something about the power of dreams and imagination.

The other Bergman family drama is entirely about the women. Two sisters and a house maid come together to care for the third sister, dying of cancer. Inside the walls of their childhood home are memories of children and life, but all around them a progressively overwhelming decay. It’s a ghost story amongst the barely living, and in the group of Bergman’s films about women, this would seem to be the final bookend. Identities are clearer as death approaches, but are just as quick to blur when memory and nostalgia intervene.

Last, but not least: If you’re a Filmstruck/Criterion Channel subscriber, don’t miss the Marie Nyreröd documentary, Bergman Island (2004). Meet the man we’re celebrating in his home on the Baltic Sea, and feel a bit of delight and warmth from a filmmaker better known for his dark and stark outlook. It’s a breath of fresh air and the perfect end to a celebration of the life and work of a creative giant.

Alex is a child of the late eighties, a horror fan, and an unapologetic feminist. Playwright and visual artist, too. She writes film criticism at onecriticalbitch.com.

Tagged as: alex landers, cries and whispers, criterion month, fanny and alexander, hour of the wolf, Ingmar Bergman, persona, the passion of anna, the rite, the seventh seal, the virgin spring