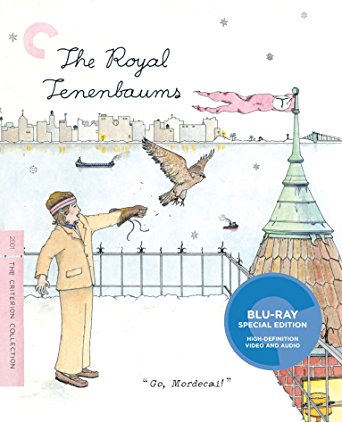 Wes Anderson’s quirky, kitsch and, most importantly, recognisable style has been a staple in cinema in the last couple of decades. His distinctive eye for detail and deadpan characterisation has created a legion of fans, myself included. The Royal Tenenbaums has all the defining characteristics of an Andersonian classic: a dysfunctional family, a retro inspired aesthetic, a Nico infused soundtrack and a potentially sexist portrayal of a woman. Gwyneth Paltrow portrays Margot Tenenbaum, once a precocious child and play writing prodigy, Margot in the main narrative of the film is detached from her family in a loveless marriage to Raleigh St. Clair (played by Anderson favourite Bill Murray). With the news that her adopted father Royal (Gene Hackman) is supposedly dying from cancer, along with her adopted siblings, she returns back to the home of their childhood. She is defined as an enigma and at the beginning of the film little is known about her time away from the family. This is her character’s function in driving the plot forward: the inevitable revelation of her past.

In general, throughout the film, the importance of the feminine appearance is reiterated. Royal repeatedly tells his orphaned grandsons how beautiful their recently deceased mother was. This perhaps shows some redeemability in the character of Royal however, it also indicates a value to appearance. Royal’s obsession with starting a relationship again with his ex-wife Etheline (Anjelica Huston) also derives from his sexual attraction to her. Finally, Margot’s appearance is noted on several times throughout the film, indeed, Paltrow’s costume has almost been fetishsised since. This sets up a foundational misogynistic understanding of what it means to be a woman. In this Andersonian world, it means to be attractive.

In terms of plot, Margot is also established as having a quasi-incestuous romantic relationship with her adopted brother Richie (Luke Wilson). This relationship demonstrates some problems in Anderson’s portrayal of women. Margot is revealed to have taken part in a number of sexual relations with both men and women in her time abstaining from the family. This is her hermartia moment. Richie, in finding out that she does indeed have a sexual history, attempts suicide. The scene is movingly handled whilst filmed in typically Andersonian style. The emotional resonance is enhanced by the use of Elliott Smith’s Needle in the Hay playing in the background and acts as the catalyst to the film’s closing act.  However, the cause and reaction nature of this juxtaposition (Margot’s sex life/Richie’s suicide attempt) attaches a negative connotation to female sexuality.

Margot’s attempts to keep her life private are comparable (in this fictional world) to the moral reprehensibility of her adopted father. Royal cheats, lies and manipulates whilst Margot simply has sex.  The scene following Richie’s return home from the hospital is a frank conversation between himself and Margot. In this conversation Margot asks if he tried to commit suicide because of her and he resolutely responds yes. Indeed, Anderson establishes an enduring emotional manipulation as Richie states that he cannot promise he won’t do it again. The resolution here was Margot agreeing to start a romantic relationship with Richie. In the context of the film, this is combined in the happy but somewhat bittersweet ending. Should we be so forgiving of this kind of narrative?

It is disappointing characterisation, particularly as Margot has arguably taken on an iconic value in the same vein as Uma Thurman in Pulp Fiction.  Her recognisable costume and aspirational romance are easily emulated in the real world. The problem being that it furthers internal misogyny. Margot and Richie are portrayed are star crossed lovers with Margot encompassing an effortless cool as opposed to emotionally manipulated and confined by their gender roles. The Royal Tenenbaums is one of my favourite films and Wes Anderson one of my favourite directors. However, this does not mean we should not interrogate and develop cinema away from the established misogynistic canon. We can enjoy films from the Criterion Collection but no film is infallible or above critique. This is how we develop Western cinema in a post-Weinstein and pre-egalitarian society.

You can view The Royal Tenenbaums on Criterion here.