INTERVIEW: Marina Ziolkowski talks shooting her fifth short film But You Look So Good and living with an invisible disease in the Instagram era 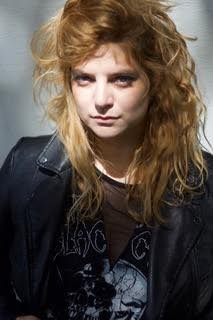 Competing in the ‘french short film’ category at the 2018 Champs-Elysées Film Festival, But You Look So Good sparked interest and enthusiasm, unquestionably resonating with festival-goers. I spoke with writer-director Marina Ziolkowski about the inspirations behind the film, parallels between her story and real-life and the struggles of living with an invisible disease.

But You Look So Good is a genuinely touching coming-of-age drama. The 12 minutes long short film follows Alice, a young woman in her 20s, going from one specialist to another as she’s struggling with a disease no one can identify and it is completely invisible to the eye. Although she looks perfectly fine on the outside, she’s suffering terrible pain and even finds it hard somedays to get out of bed. Her life gets a little bit more bearable when she meets Gina, another patient in another waiting room. Gina, a very dynamic and fashionable woman, is just like her, fine on the outside, but ill nonetheless. Over time Gina and Alice create a bond and build a friendship. Going to the doctor is suddenly less dull, less lonely. Thanks to her, Alice starts to regain a taste for life.

Using neon colours But You Look So Good cleverly deals with solitude, being ill as a millennial and how gruelling it really is to feel like no one understands what you’re going through. The main character shares traits with director Marina Ziolkowski, which gives her story depth and truthfulness. In the end, But You Look So Good is mainly a cry for hope. Because everyone deserves to be seen, to be heard, everyone deserves to find their Gina.

SQ: How did the idea of making this short film first come to you?

MZ: That’s my story. So to speak, Alice (the main character) is my alter-ego. I’ve suffered for years before I was diagnosed with fibromyalgia, but above all I suffered from the lack of understanding, especially from the medical system. So when I recovered and got my creativity back I really wanted to talk about my experience. In fact, But You Look So Good is a way to address all type of invisible diseases.

SQ: Can you explain in details the title of your short film?

MZ: The title refers to a sentence I’ve heard many times in my life. Because we live in a society based on appearance, if you look well, meaning if you’re young and looking pretty, then people just assume you are well, without trying to scratch the surface. I would talk about my suffering and people would get back at me with ‘‘but you look so good!’’. In a scene that I had to cut (we shot BYLSG in two days, we didn’t have much time), Alice was imagining herself in a wheelchair and then unknowns would be throwing gifts and smiles at her, as to say that you only get attention if your pain can be seen. I broke my ankles at that time and I had to direct from a wheelchair and suddenly people would care although I had been suffering for years, which was weird to me since no one would really believe me before. I think we live in an egocentric world in which people are more concerned about their Instagram pictures rather than really paying attention to others, or if they do, they’re afraid to dig in too much.

SQ: I noticed BYLSG has a radiant, colourful cinematography. Why did you choose to use bright colours, as in the poster for example, to address such a difficult topic?

MZ: I think of myself as a positive person and in that sense, colours are my identity. I enjoy partying, interacting with people. Humanly but also in my aesthetic, I like that colourful atmosphere. I wanted to make a film about a difficult topic but above all, a film spreading a message of hope, thus transmitted through colours. As a filmmaker, I observe the world we’re living in, which is sometimes a very dark place, but I choose to display and talk about these dark sides whilst giving a message of hope.

SQ: In several scenes, we see Alice in her underwear fighting against a dark human form which is the metaphor of her disease. Is this your way to show her vulnerability?

MZ: At first, I wanted her to be naked and then I decided that nudity shouldn’t distract the audience from the main purpose of these scenes. But that’s true, my aim was to free her from all artifices. Besides, the dark human form is in fact the side of herself that is ill, and that she fiercely refuses to accept. In the end, there’s a Pieta, as Alice finally comes to term with her condition and is embraced by the human form (herself), almost in foetal position, which emphasises her vulnerable side.

SQ: As a Franco-American director, why did you choose to shoot in Los Angeles rather than Paris?

MZ: I hold both American and French citizenship but I grew up in France. But since I was living in Los Angeles at that time, I had at heart to write and direct in english, and therefore depict the city I was evolving in. I faced the American medical system then, which is very different from the french one, especially when struggling with money. I didn’t really have a choice and in order to be covered I’d have to fill for three months straight a diary listing and describing the physical pain I was enduring, which made me realise that I was less highly valued as a patient. And because I was facing different nurses every time, they weren’t aware of my medical records and I’d have to repeat the same things again and again, just like my main character Alice in the opening scene. This wasn’t reassuring at all for me. I wouldn’t have been able to show the moral violence that this situation entails in France, it needed to be in the context of the United States.

MZ: My family is in the film industry (my parents and grandparents were screenwriters), but I was the theatre kid. At first, I didn’t want to direct or write. I really enjoyed the staging, the visuals, and especially live entertainment which I think, help me now. I actually made many experimental videos because I was afraid to write. Of course, as a former actress myself, I care deeply for my actors as I need to create a bond with them. I directed actors voices for five years in London which is an advantage as well. Thankfully, shooting But You Look So Good was easy with Natasha Bassett (playing Alice) and Dey Young (playing Gina). Natasha was very receptive and professional. She was the one coming to me for guidance. I saw Dey Young in a TV show and in Pretty Woman too, and loved her right away. She’s a Rolls-Royce! They both are genuine and passionate people, I think that’s why their onscreen relationship works. In general, I enjoy working with people who get along very well on set.

SQ: To finish with, what is your latest favourite film?

MZ: There’re many films that marked me recently but right now I’m thinking of Léonor Serraille’s Jeune Femme with Laetitia Dosch (I’m secretly in love with her!). This film was awarded the Caméra d’Or at the 2017 Festival de Cannes and Julie Roué who made the soundtrack of Jeune Femme, composed for But You Look So Good. It’s a film that touched me greatly because I think that being a young woman, a Jeune Femme, nowadays is hard and it takes a lot of courage to be independent as the path to get there is bumpy in today’s world.

But You Look So Good was awarded the Audience Award at the 2018 Champs-Elysées Film Festival.

A very warm thank you to Marina Ziolkowski for her joie de vivre!

Tagged as: But you look so good, Marie-Célia Cannenpasse, Marina Ziolkowski

Five Films To Look Out For: New York Film Festival 2020