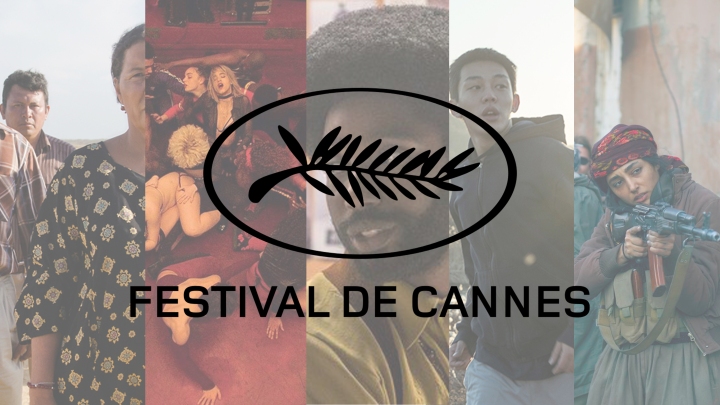 Ciro Guerra came to prominence with his film Embrace of the Serpent in 2015. It revealed untold narratives about indigenous Colombians and has shed new light in our perception of South America. Indeed, this film is about to do the same for the wayuu tribe.

Variety noted the popularity of representing drug narratives in recent years, particularly set in Colombia with the arrival of Narcos on Netflix, there is a stereotype emerging. Bird of Passage seems to buck this trend. The story is placed within the confines of the 1960s and 70s with one  indigenous family rather than the commercialised or westernised conceptions of the South American drug trade.

The trailer depicts an intense and colourful experience. This is in stark contrast to Guerra’s previous output, Embrace of Serpent, noted for its black and white cinematography. Earthy reds dominate the trailer representing the naturally resourceful climate the family live in. This makes the inevitable transition to a life of crime. It looks to be an entirely different visual experience.

Whilst Embrace of the Serpent placed the indigenous population within their historical context against the insidious influx of imperialism, Birds of Passage brings the narrative to a seemingly more contemporary, or at the very least, recognisable to a modern day audience. However, it is also a subversion of these recognisable images.

Another difference between the two films is the presence of more dominant female characters in Birds of Passage. Variety described the family’s matriarch (played by Carmiña Martínez) as a “cocaine Grandmother.” She again dominates the trailer and her position of authority is palpable. Perhaps this was under the influence of Guerra’s wife and long time producing collaborator, Cristina Gallego. The animals in both titles indicate a naturalism to the films. This was certainly true of Embrace of the Serpent and I’m excited to see how this translates into Guerra’s latest outing. The stunning landscapes of South America are exposed to full colour and we as the audience will be taken into a fantasy that is parallel to our own reality. After this film, I wonder how Guerra will tell the stories of Colombia’s indigenous people and hope he can continue to. –Catherine McNaughton

Spike Lee’s newest feature, BlacKkKlansman, tells the story of Ron Stallworth, an African-American police officer who attempts to infiltrate the local Ku Klux Klan chapter. Starring John David Washington, Adam Driver and Topher Grace, the film received an eight-minute standing ovation at its premiere screening at Cannes, and saw Lee win the prestigious Grand Prix award. It’s also currently sitting comfortably with a 95% rating on Rotten Tomatoes. Co-writer, Kevin Willmott, said in an interview with Vulture: “ You could feel they were ready for the film. They were hungry for it, and hungry for the message that Spike was trying to deliver.”

Boasting quick wit, fast editing, and that glorious 70’s style, I’m hugely excited for the film to hit the UK. I also find it interesting that two of my most anticipated films this year feature a black man pretending to be a white man on the phone; could make a fitting double feature with Boots Riley’s forthcoming Sorry to Bother You.

Produced by Get Out director Jordan Peele, BlacKkKlansman is set for release in the US August 10th and in the UK on the 24th. –Millicent Thomas

Usually I digress from the conglomerate of hyper-curated critics during Cannes season. Their hurrah over Burning, however, is something I, more than happily, recognize. Yes [white, male film critic], I will, readily, retweet your take on Burning being a – and I quote – “masterpiece” even though I, quite frankly, do not like you or the remainder of your sentiments.

Naturally, being a Steven Yeun aficionado, this film had been on my radar since the get-go – or, at the very least, since Steven’s affiliation with the product (i.e. when the stars finally aligned). I raise a glass. Not only to Steven’s second year in Cannes in a row – while that is quite the achievement – but to his post-Walking Dead career in general. Who could have pegged the biggest glow-up of the 21st century to be preceded by the most vicious bat down?

Burning, as I have vaguely interpreted it through Cannes reviews aplenty, has to do with the integration of an inscrutable stranger into an already-established two-person relationship (well, three, if you count the cat). The trailer sent chills down my spine, as I suspect the actual feature, too, accomplished with its audience down in the French Riviera.

To conclude, I will reject, as well as rebuke, any news source telling me that anyone but Lee Chang-dong accepted the Palme d’or. Be still, my heart. –Kassandra Karlstrom 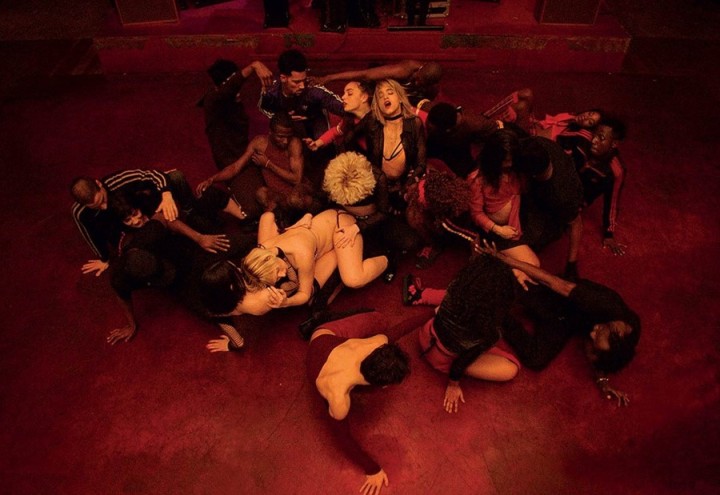 Screened out of competition in the Director’s Fortnight series, Gaspar Noé’s film Climax has already proven itself to be completely intoxicating to audiences. The film follows a group of French hip hop dancers, who drink heavily drugged sangria at a party and subsequently descend into a realm of psychedelic hallucinations. Media coverage has described Climax as a kind of French horror musical—identifiers which, individually, already have me sold, and when combined leave me really itching to see the finished product, which is bound to be filled with incredible music and dance sequences. The trippy, hazy atmosphere seems reminiscent of Noé’s earlier film Enter the Void, and the strong color palette also evokes stylistic parallels to Suspiria, so Climax just about promises to be crazy. I am excited to see a film with a diverse cast full of young hip hop dancers and first-time actors, who help create an exhilarating portrait of French youth culture. A24 has picked up the film for distribution in the United States, and so this film could hopefully reach a wider audience— I can’t wait to see it in all its surreal pleasure, horror, and insanity when it comes to theaters. –Katie Duggan 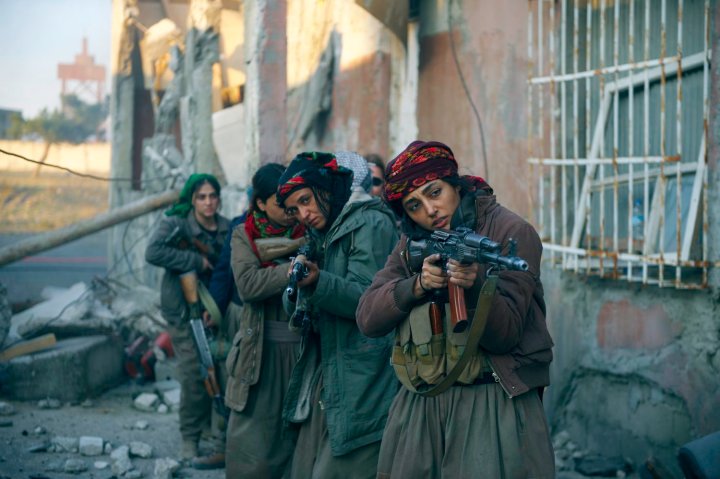 French director Eva Husson’s latest outing Les Filles du Soleil (Girls of the Sun) was one of three female-directed films competing for the Palme d’Or at Cannes this year, and the first one to have its premiere at the festival. Such an occasion was marked by 82 women gathering together – led by jury president Cate Blanchett – on the red carpet to represent the (very small) number of women who have appeared in competition since the festival’s debut in 1946. The significance of the union seems to go hand-in-hand with the revolutionary premise of Husson’s film, which sees French journalist Mathilde (Emmanuelle Bercot) dive head-first into the activities of the eponymous group of women freedom fighters battling extremists in war-torn Kurdistan as their commander Bahar (Golshifteh Farahani) searches for her kidnapped son. Despite critic Agnès Poirier declaring that Les Filles du Soleil is “far from being a feminist film” because the two protagonists are “defined mostly by motherhood”, I’m excited to see how Husson breaks the traditional dichotomy between the role of the mother and the role of the fighter by uniting these aspects within her female characters, to show that familial responsibility does not automatically disregard feminism. Equally fascinating is the film’s setting, as Kurdistan is a region not often presented onscreen and is one that I have very little knowledge about, so I’m interested in seeing how Kurdish culture is portrayed through the film’s narrative and mise-en-scène. –Holly Weaver

‘The Owners’ Features an Insane Take on the Home Invasion Trope

“Are you satisfied?”: ‘The Laughing Woman’ and the Search for Satisfaction in the Battle of the Sexes