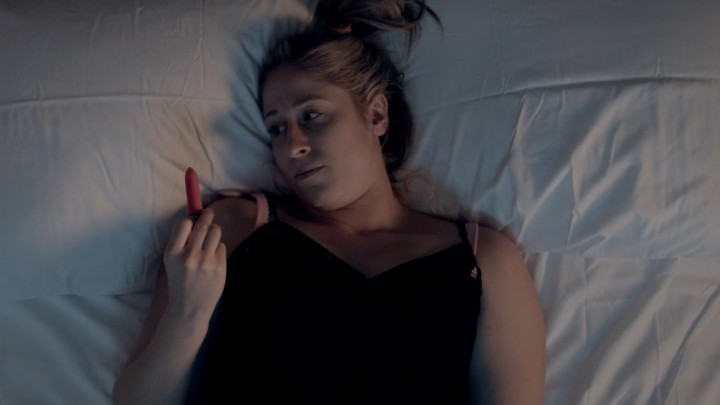 Our ‘Women Film-Makers’ segment wants to try to showcase the work of budding women directors. This doesn’t necessarily mean you have to be making films as a profession, or submitting them to festivals, you can submit something you made for a school project, or just lil experimental stuff you’ve shot by yourself or with friends. All we need is a bit of writing about yourself and the film, and a working YouTube/Vimeo link. Click here for more details on how to submit.

Bri Castellini has an MFA in Writing and Producing for Television and a BA in Creative Writing, studying in New York and Oregon, respectively. She currently resides in Brooklyn with her partner and works as the Community Director for Stareable.com. She is an award-winning independent filmmaker, known for the web series Brains (creator/star), Sam and Pat Are Depressed (creator/star), Relativity (Executive Producer) and Stray (Producer) as well as the short film Ace and Anxious (Writer/Director). Her work trends towrds comedy, with focuses on argumentative female leads and frank observations about mental health.

In Ace and Anxious, Emma, an asexual graphic designer with generalised anxiety disorder, learns of the stress-reducing properties of sex, and decides to place an ad on Craigslist for a test sexual partner to determine if it will help with her panic attacks.

Chloe Leeson is the founder of Screen Queens. She hails from the north of England (the proper north that people think is actually Scotland but isn’t). Her lifesource is Harmony Korine’s 90s Letterman interviews and Ezra Miller’s jawline. She is a costume designer for hire who spends way too much time watching bad horror movies. Her favourite films are Into The Wild, Lords of Dogtown, Stand by Me and Pan’s Labyrinth. She rants about cinema screenings @kawaiigoff

‘Space Force’ is a Shallow Satire, but the Cast Bring Their A-Game

‘The Iron Lady’ is an Unconventional Biopic of a Controversial Leader