REVIEW- A Fantastic Woman: Daniela Vega shines in Sebastian Lelio’s captivating drama,where cruelty is met with the anger of a woman rejected by society 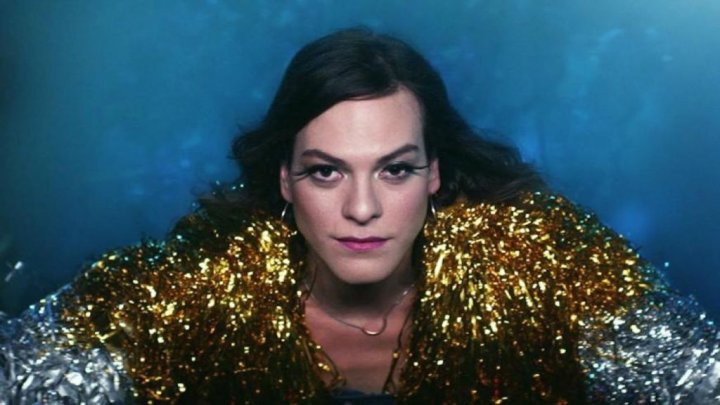 Cinema is often described as a tool for empathy. A lens through which we are able to witness and understand the experiences of others, a way of putting ourselves into another person’s shoes and exploring them inside out. Sebastian Lelio’s A Fantastic Woman not only adheres to this idea of what film really is, or what it should be, but also invites us to feel far more than just empathy for its lead character.

Throughout the film, we find ourselves feeling increasingly frustrated, angered, and shocked on behalf of Daniela Vega’s miraculous Marina Vidal, the titular trans hero of this absorbing Chilean drama. We are first introduced to Marina as she gives a captivating performance in a glamorous lounge, where she exudes sensuality and electricity in an exchange of glances with a much older man. Soon, we learn that the man is Marina’s boyfriend, Orlando (Francisco Reyes); a kind-hearted individual who evidently adores Marina and with whom she shares a tender connection. In the space of just twenty minutes, however, the possibility of a simple, romantic story unfolding for Marina is thwarted as Orlando suddenly suffers an aneurysm and she is left alone to face a society that has no desire to acknowledge her as a human being. Before the first act is even over, Marina is forced to ready herself for a tirade of unjustified cruelty that will disrupt her right to grieve for almost the entire duration of the film. From this, from Marina’s ostracization, springs the heart of A Fantastic Woman; this being the strength and endurance of a woman rejected by the world around her.

Almost immediately after Orlando’s death, Marina is subjected to humiliation from nearly everyone she meets. What the film hinges on, however, is not what happens, not necessarily the way in which people treat Marina but, rather, how Marina responds to such brutality. A Fantastic Woman belongs to her, not to those that ridicule what they do not accept. For the vast majority of the film’s runtime, the camera remains close to Marina, focused on her face and her emotions. We spend little time looking at her adversaries, as if to suggest that they are not worth the screen time; their hatred not nearly as loud as Marina’s resistance.

As Marina, Vega is luminous. For all that is thrown at her, for every bit of ignorance that comes her way, she stands firm in her dedication to both her identity and the memory of Orlando. Her ability to continue onwards, to be unapologetic herself is perhaps best depicted in two rather different scenes: one fantastical, the other rooted in reality (albeit a strange one). Towards the film’s third act, as Marina finds herself suddenly quite alone in a club, she begins to lead a brilliant, imagined dance sequence complete with sequined costumes. It is a liberating scene, one which allows Marina, along with the audience, to escape from the ignorance of the world and take charge of her and her right to do as she pleases. A joyous affirmation of Marina’s individuality, it is a true highlight of A Fantastic Woman and is rivalled only by a later scene in which Marina conveys just a taste of her might to those that have wronged her. As Orlando’s ex-wife and son leave the wake that Marina was not invited to, she finally releases some of the anger that she has kept at bay for so long and, in a deeply satisfying moment, leaps atop of their car to demand her dog, the last living piece of Orlando left, back. Sonia (Aline Kuppenheim) and Bruno (Nicolas Saavedra), Orlando’s aforementioned family, are laughably terrified by Marina’s actions and are the only ones left humiliated at the end of the scene, as they embarrass themselves when they show fear at Marina’s determined spirit. Both cathartic and funny, this is another of the film’s finest moments.

A Fantastic Woman is the story of a journey, of a woman’s power, and of trans rights in hostile society. It will be remembered, no doubt, for Vega’s marvellous performance as a woman tested and trialled without reason and should surely be considered in the future as one of the greatest pieces of LGBTQ+ cinema; a bold, beautiful celebration of a trans hero that many audiences have waited years for.