SHE’S ALL THAT: Rey (The Force Awakens) 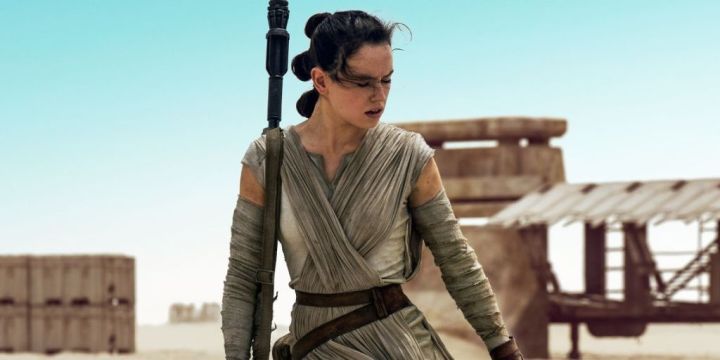 For almost as long as I can remember, ‘Star Wars’ has been a major part of my life. It was the series that I found myself re-enacting in my living room as a kid, the one that taught six-year-old me all that I needed to know about good and evil and, consequently, the one that I carried with me into adulthood. So, when ‘The Force Awakens’ was released two years ago, you can only begin to imagine my excitement. Upon seeing it, I left the cinema with a number of swirling emotions, the most prominent of these being the total joy that I felt at my favourite film series finally, and deservedly, being led by a woman. Growing up, of course, I found heroes in ‘Star Wars’, be it Luke Skywalker, Han Solo or even a pre-mechanical Darth Vader. The problem was, though, that these were all men. To a little girl, as wonderful as styling myself after these icons was, it was pretty disheartening to realise that other girls, including the brilliant Princess Leia, only really featured as supporting roles in the ‘Star Wars’ universe. That’s why, then, that all I could think of when watching ‘The Force Awakens’ was just how enthralled my young self would have been to see Rey swing her staff to make short work of anyone that dared to mess with her.

See, when you’re a kid, and the only women you ever see on screen are princesses and sidekicks, then you soon begin to believe that these are the only things that women can be. As I began to grow up, I realised that, really, women could be much more than background characters. They could be superheroes, they could be spies, and, as Rey proves, they could even be Jedis. Throughout ‘The Force Awakens’, Rey shows that she doesn’t need rescuing, nor is she willing to suppress her power. Even when she herself is lost, even when isolated and terrified, she refuses to give in. Aside from traditional heroic traits, though, there is another reason as to why Rey stands out as an admirable protagonist: her authenticity. Despite her abilities, and for all her self-determination, ‘The Force Awakens’ does not let us forget that Rey is, ultimately, a nineteen-year-old, and a lonely one, at that. Yes, she is unimaginably brave and yes, she may be capable of striking down a Sith, but is also a teenager, and, sometimes, hasn’t the faintest idea of what to do or where to go. When initially presented with the suggestion that the Skywalker lightsabre, which, come on, may as well be Excalibur in the world of ‘Star Wars’, she is overwhelmed with panic. She flees, which is what I’m sure, or pretty much any of us, would do when told the responsibility of bringing balance to the galaxy now rests with us. Because of this, Rey becomes much more than just an archetypal ‘hero’, who wouldn’t dare hesitate at the opportunity to save the universe. She becomes a vulnerable, apprehensive teenager. She is, in a way, no different to you or me. And that is a major part of what makes Rey such a fantastic character. She doesn’t jump at the chance to paint herself as a hero, rather, she exhibits anxiety and restraint. For that alone, she becomes instantly relatable. She not only shows us that girls can rescue themselves, but that heroes can be terrified, too. Even the most powerful Jedi in the galaxy can falter. So, thank you, Rey, for being the female icon that girls around the world deserve. 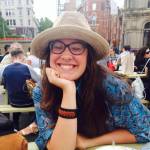 Tagged as: hannah ryan, rey, shes all that, star wars, the force awakens