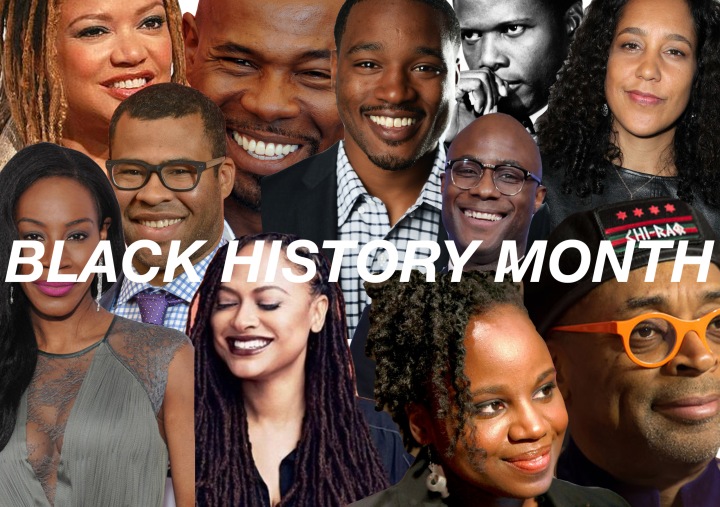 To round-off Black History Month and a little celebration for a successful lot of black nominations and wins this awards season, 4 of our SQ writers are here to talk about their favourite films by black directors.

Bessie is an HBO original movie directed by Dee Rees about the late, great blues singer Bessie Smith. After learning more about Bessie Smith for a project I was doing for class, I watched this movie and was absolutely astounded. Sometimes, TV movies pale in comparison to those that come out in theatres, but I can say that Bessie fully breaks this expectation. With an incomparable performance by Queen Latifah in the lead role, the movie exquisitely represents the complicated, wonderful, and painful life of a key figure of early blues music. The writing, by Dee Rees, Christopher Cleveland, and Bettina Gilois, portrayed Smith’s story genuinely, making a point to add in Smith’s thorny relationship with her husband Jack Gee, complicated by her numerous affairs with both men and women, her struggle with alcoholism and her internal conflict brought on by a traumatic childhood. If you have HBO or not, I highly recommend finding this movie and seeing it for yourself. -Olivia Kelliher

‘Fruitvale Station’ is, arguably, one of the most criminally underrated, and one of the most important, films of the past decade. Made and released during the surge of the Black Lives Matter movement, it is an unflinching account of the days leading up to the fatal shooting of Oscar Grant, an unarmed black man killed by San Francisco police. With Ryan Coogler, who would later discover international success with ‘Creed’, at its helm, what ‘Fruitvale Station’ does so brilliantly is effectively convey the total devastation that comes with the unjustified loss of a young life.

Tentatively, this film reminds us that Oscar Grant was not just another name but, rather, that he was a person. He, like every single one of us, had hopes, moments of euphoria, fears, and responsibilities. He, too, often felt crushed by the pressures of the world around him. And in the face of a society which told him there was only so much he could amount to, Oscar Grant, instead, told himself, and all those around him, that he would be more. That he would not surrender to the harmful, tired stereotypes that have so often been placed upon young, black men. Grant, however, would never have the opportunity to realise the dreams that countless youths, not unlike himself, have achieved. At the age of twenty-three years old, Grant was shot by a white police officer, and every hope that he had ever made was destroyed in a matter of minutes. ‘Fruitvale Station’ is a reminder to us all that police brutality in the United States is a subject that cannot be ignored. Through Coogler’s careful direction, we are left to reel in the fact that racial hatred continues to tear America apart, right in the heart of the world’s supposed centre of ‘modernity’. –Hannah Ryan

Black Girl is the first feature-length African film. It tells the story of Diouana, a maid for an affluent French couple. Diouana struggles to maintain a sense of identity and autonomy under her employer’s objectification and subhuman treatment. She longs for them to see her as something more than just a “black girl.” When Diouana wears a fancy dress and heels to do housework as a small pleasure of self-expression in her mundane daily life, her mistress commands her to remove them. “Don’t forget you’re a maid!” she says. A party guest kisses her without her consent and happily exclaims, “I’ve never kissed a negress before!”

Director Osumane Sembene shoots in a simple, quasi-documentary style that focuses on the quotidian details of Diouana’s daily servant life. Through constricting close-ups of her monotonous meal making and floor sweeping, the spectator feels just as trapped in this rigid and oppressive world as Diouana does.

The most famous image from the film shows Diouana staring at an African mask she purchased as a gift for her employers. She stares at the mask hanging on the white wall, forlorn and separate from anything else in the room. Her employers fetishize the mask as a genuine African artwork. They can appreciate the object but not the real person in front of them. The mask symbolizes Diouana’s objectification for her otherness and appropriation as a mere decoration that signifies the white employer’s “worldliness.” The white French couple believe that she is nothing more than a maid; a girl with no passions and humanity of her own. To them, she is a toy to manipulate and wait dutifully at their feet. Black Girl is a disturbing and affective film that is key to understanding and appreciating the rich history and ongoing evolution of African cinema. –Caroline Madden

After it’s Oscar win and every other award it scooped this season, Moonlight might seem like an obvious choice for this piece, and there has been many think pieces about it written before this one that will have much more eloquently stated the beauty of this film, but its presence could not be more important as a film directed by a black man, with an all-black cast, the first Oscar-winning Muslim actor, the first black woman nominated for Best Editing,  the first LGBT film to win Best Picture and tackling so graciously the topic of black masculinity which is often lumped into categories and racial stereotypes.

Chronicling the life of 1 boy during the course of 3 decades and using 3 actors to portray the developing character of Chiron and his relationship to the world around him, Moonlight gives black boys the opportunity to express themselves- to love, cry, fight and run away in a sense that I’ve never seen depicted in other films. We seen Chiron’s transition from bullied young boy to moody questioning teen to his full circle transformation into the masculine energy that shaped him as a child- drug dealer Juan (Mahershala Ali), but still retaining the delicate nuances of the boy we remember from the 1st act.

Director Barry Jenkins so carefully treads the waters of homosexuality and masculinity through a series of intense glances and stolen looks, commanding a trio of performances from his leading men that have no need for words and monologues- where simple eye contact speaks a thousands unsaid things. It’s beautiful and romantic, awash with fantastic colour and an even better soundtrack. Its is undeniably a film for now- when black men are routinely profiled and killed for simply being. Moonlight appeals to our human nature in illuminating and carefully dissecting members of society that we are so often taught to place in a box.  –Chloe Leeson

;Animaniacs’ Season 2 Mostly Swerves from Satire but Serves Up More Zany Situations for its Well-Voiced Characters