SHE’S ALL THAT: Paris Geller

If you looked up “difficult woman” in the dictionary you’d probably find a photo of Paris Geller, clad in her Chilton uniform, eye-roll at the ready. When we meet Paris in the first season of Gilmore Girls, she is the nemesis and foil for the main character Rory. In contrast to Rory’s reserved (and sometimes meek) persona, Paris is over the top and assertive. When something threatens her success she can even be downright vicious. In that sense Paris is far from the classic TV icon since the basis of her character is flawed and unlikable. These flaws, however, are an important part of what makes Paris such a strong and in some ways truly inspiring feminist character.

One positive element of Paris’s character arc is the evolution of her relationship with Rory from competitor to friend. While cattiness about boys and beauty certainly affect their relationship, Paris and Rory’s rivalry is unique in that it’s based on intelligence and academic performance. Throughout the show, their competitiveness pushes them to each see the world differently and try new things. That being said, Rory and Paris are always the strongest when they put aside their differences, recognize each other’s strengths and work together be it through dating advice, student government, or The Yale Daily News. By the end of the series we understand their relationship as more nuanced than just competitors. Like Alexander Hamilton and Aaron Burr, they are two ambitious opposites whose life paths always seem to lead back to each other. However, for Paris and Rory, this relationship culminates positively with mutual respect and a deeper understanding of one another.

On a more personal level, Paris succeeds as a character by embodying a range of seemingly contradictory emotions. For instance, when we meet Paris again in the Gilmore Girls revival, she’s living an ostensibly great life. Strained relations with her husband Doyle aside, she’s got plenty to be proud of including her job at a high-end fertility clinic, her two kids, and her fabulous NYC townhouse. Yet she seems to forget all this the second sees Tristan, an old high school crush, at a reunion. After retreating to a Chilton bathroom, she kicks everyone else out so she can have her panic attack in peace. This moment felt like one of the truest in the whole revival because it drew on the duality of strength and vulnerability central to the complexity of Paris’s character throughout the show. On one hand she is intensely committed to her own ambitions, even when that commitment risks alienating herself from others or falling a rung on the social ladder, but on the other she is a mess of insecurities. She rides a fine line between not caring what other people think and indulging in the basic desire to be liked. While she may carry a soft spot for Tristan and pine for him in her own way, given the choice you get the sense she would never surrender her ambitions or sense of self to win his affection. It’s complexities like these that save Paris from becoming a caricature and allows viewers to develop sympathy for her in spite of her faults. 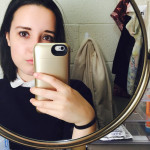 Sophie is a 19 year old from Brooklyn, NY. Outside of school, she spends most of her time wandering aimlessly through bookstores and wasting away her youth watching Netflix. Her favorite movies range from documentaries like Crossfire Hurricane and Paris is Burning to narrative films like Breakfast at Tiffany’s and The Truman Show. To read more of her musings, check out her blog or follow her on Twitter@filossofee.

‘Goodbye, Petrushka’: A Sweet And Whimsical Coming Of Age Story