2016 has been a downright awful year I’m sure we can all agree and for the most part cinema has offered an escape from a world of growing racism, misogyny and Donald Trump’s rise to power. This year we’ve harked back to the days of classic cinema with Hail, Ceasar! and La La Land, seen sci-fi commentary on peace and rebellion with Arrival and Rogue One, woken up a nation to the downfalls of the benefits system with I, Daniel Blake and experienced serious 80s nostalgia with Sing Street and Midnight Special this year has been a varied one for cinema once again.

(Our contributors are largely UK and US based so these picks are according with the release date of the film in the individual writers home country which are detailed next to the title. Some are US 2015 releases and some are 2017 UK releases already out in the US)

La La Land has received an overwhelming amount of praise and Oscar buzz, and I believe rightfully so. It is Damien Chazelle’s innovative and spirited vision that accounts for the film’s success. The visuals, more so than the thin singing voices of its otherwise charismatic leads Ryan Gosling and Emma Stone, or even the story itself, is what makes La La Land so special. Chazelle’s impeccable eye for rhythm established in Whiplash flourishes in the musical medium. What is so intriguing about the film is that it functions as both a homage and reversion of the Old Hollywood musical. The spirits of Singin’ in the Rain or Fred Astaire and Ginger Rogers are readily felt, yet Chazelle foregrounds his story with a modern sensibility. The heart of La La Land’s magic spell is its ability to blend fantasy with reality and 1950s cinematic traditions with contemporary ideals. I have seen several critiques of the narrative as being too #whitepeopleproblems. While the film could definitely stand to have better POC representation, its simply story of a musician and actress struggling to fulfil their artistic dreams is extremely relatable to all artists. Many strive to pursue their individual artistic pursuits while maintaining a meaningful relationship. Often opportunities arise that can test the ties of a couple, whether it be a separation or unexpected success or failure. It can be difficult to chase your dreams and have a partner that is there every step of the way. No matter how in love you may be, the arts can take you in many different and trying directions. La La Land is a melancholic ode to the “fools who dream” and an overall majestic cinematic experience. Although this experience is truly timeless, La La Land is the perfect salve for a chaotic 2016.   –Caroline Madden 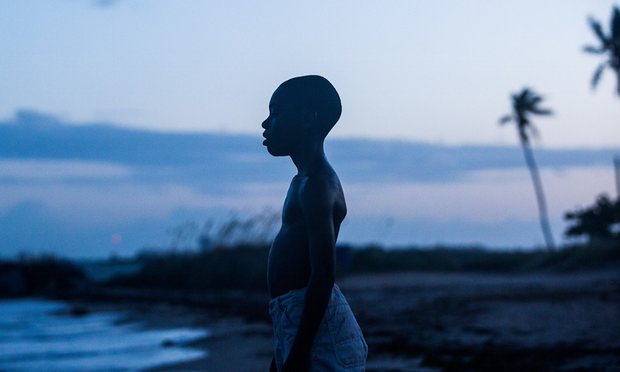 There are some films that are your favourites of that year because they’re good in comparison to the other ones that came out that year, and then there are films that transcend that comparison and are independently phenomenal. Moonlight is definitely one of the latter.
Following the life journey of Chiron, a character learning to navigate the unattainable pressures of his culture, the film explores an often-overlooked story. It expertly addresses the complicated struggle of the protagonist with meaningful artistry. As a poor, black, closeted gay man succumbing to the persuasion of forced masculinity in his Miami neighbourhood, Chiron’s conflict is wholly internal, portrayed with flawless nuance by three distinct performances by three actors of differing ages: Alex Hibbert, Ashton Sanders, and Trevante Rhodes. Along with an emotional and engaging coming-of-age story, the film adds another layer of cinematic mastery with absolutely stunning cinematography, which draws audiences’ attention to the beauty of Chiron’s world without comprising the severity of his struggle. Moonlight tells an important story, one that the world, as a whole, should be exposed to more often as vigorously and raw as Moonlight succeeds to be. After getting to view the film in theatres, I can confidently and candidly say it is one of my favourites not just of 201 6 but of all time. -Olivia Kelliher 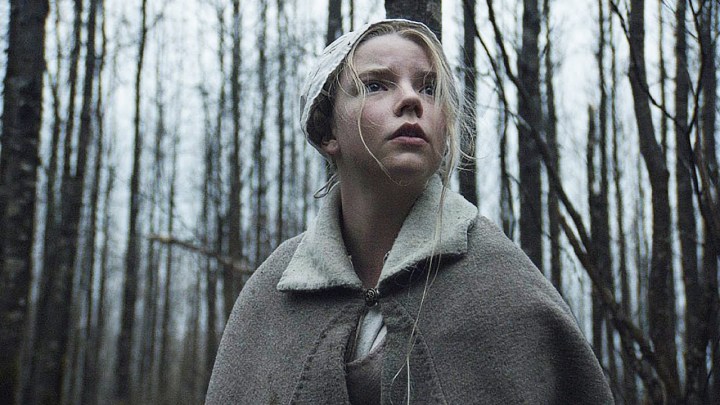 It takes quite a movie to stay in my top ten from January all the way through December, but Robert Eggers’ The Witch is that rare film. A Puritan family is exiled from their settlement deep into the woods of New England. Isolation, superstition, and an awfully stubborn patriarch prove their collective downfall – of course, they blame it on a witch.

A horror movie that is also a historically accurate period film, The Witch is unsettling in its traditional scare tactics, and even more so in its cold and distanced tone. A score comprised of dissonant chords, thumps, and wailing builds a suspense that makes long takes and establishing shots feel just as threatening as any creature around the corner. Of course, the thing around the corner is terrifying, too; there have been many witches depicted in world cinema – Eggers’ vision is a uniquely strange and disquieting one, from her amorphous form to the things she feeds upon.

As in any film about witches, an opinion about how society views women can’t help but be expressed. Whether it’s feminist or not is up to the viewer, but it certainly addresses the way a puritanical society treats the “fairer” sex – be they mothers, daughters, sisters, or worst of all, those who choose to live a life alone.

But what is perhaps most horrific about The Witch is its perspective on religion; what The Exorcist did for Catholicism, The Witch does for fundamentalist Christianity. A family of true believers is literally delivered to their maker, and it is whom they least expect. From possessed twins to wicked goats, pecking crows to stolen babies, The Witch is a classic to be held up alongside the likes of Nosferatu, Rosemary’s Baby, and The Shining. –Alexandra Landers

Certainly the only ‘farting corpse’ movie of 2016 and definitely one of the most unique, Swiss Army Man truly confirmed the departure of Daniel Radcliffe from the Harry Potter image and the cementing of Paul Dano as a vibrant and shyly relatable leading man.

Hank (Dano) is a heavily depressed man, on the verge of killing himself on a small island he notices a body washed up on the shore before he makes the decision. Inspecting the body, it lets out a number of farts and so begins the story; using the farts as a propeller, Hank rides the body along the water to another shore and drags the body up into a cave to resuscitate it and so begins the story.  After Hank’s multiple interactions with the corpse it slowly comes back to life and reveals himself to be ‘Manny’.

Through Hank’s teachings about the ways of the world, Manny slowly comes back to life, learning about life, love, friendship and joy. Manny gains knowledge and Hank is able to use Manny’s dead body as a survival tool to help him climb, shoot and spear all the obstacles in his way back to civilisation and reality. We experience Manny’s new found enjoyment of the world through a child’s eyes, through montages and ‘cut and paste’ worlds created by Hank through found objects in the woods. Cardboard and string and dirty old magazines formulate a no-holds barred approach to life where freedom is absolute.

In such a terrible year, Swiss Army Man sets itself aside from any politics and serious dramas 2016 offers to deliver something truly original, witty and joyful. It teaches us how to be childish and love life once again when 2016 often made it hard to do so. –Chloe Leeson

It was about thirty degrees outside the night I saw Nocturnal Animals. After the movie ended, my girlfriend and I sat in my car, smoking in silence for a good fifteen minutes. “Say something,” I urged her. She could not. At the time, I was frustrated by her inability to put her reaction to the film into words–it had felt more like a refusal, and I wanted to know what was going on in her head. Looking back, I’m glad she said little. I don’t think I would have been able to form an appropriate response myself. Though I have similar levels of appreciation for other movies this year (particularly Lorene Scafaria’s The Meddler and Liza Johnson’s Elvis & Nixon), I don’t think I’ll ever get certain images from Nocturnal Animals out of my head. DP Seamus McGarvey (who I’d known primarily for his work on We Need to Talk About Kevin) perfectly illustrates Tom Ford’s direction, and the opening sequence of Nocturnal Animals is one of the most arresting I can recall.

2016 seems like a big year, though I’m not sure if I say that because it’s how I feel or because it’s how the Internet wants me to feel. I’ve spent more time alone this year than just about any year since high school, and I’ve been trying lately to embrace the fact that I know very little, both about the world and about myself. Regret was never an emotion I felt too strongly in growing up—at the start of this year I saw Forgetting Sarah Marshall, and experienced perhaps my first taste of it. Nocturnal Animals feels like a fitting bookend to that movie–alike in message if not tone. We don’t always get the endings we want, though sadly we do sometimes get the ones we deserve. More than anything else, Nocturnal Animals reminds me of my limitations. The film was a mystery to me walking in, and it remained a mystery walking out. I know in film critic land all of this equates to a cop out, but Nocturnal Animals made me feel something intensely, and I’m still trying to put my finger on what. –Juliette Faraone