FILMS THAT CHANGED MY LIFE: Matilda 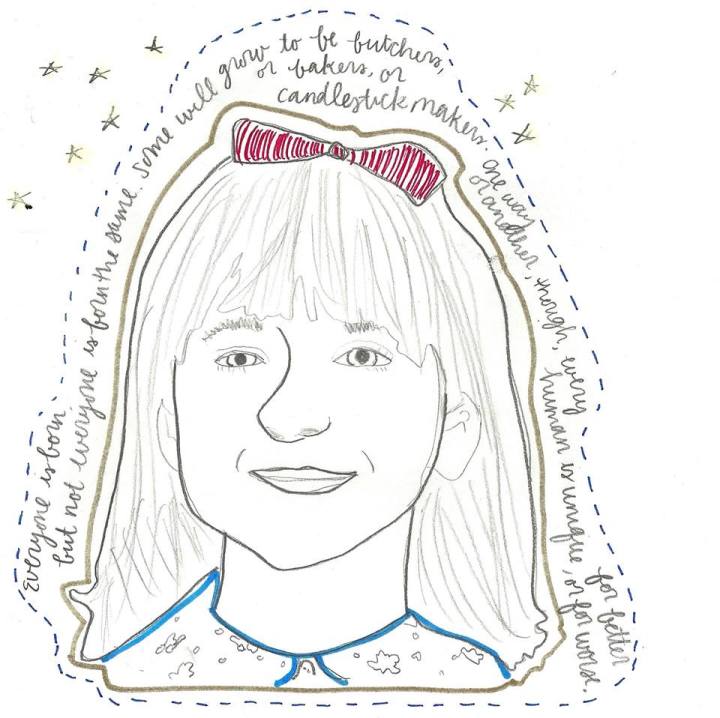 The large wooden television stand that commanded attention in my living room in the early 2000s was cluttered with bulky VHS tapes. My family had our fair share of staples in our collection; many a Disney movie and recorded tv special sat in the display case side of that entertainment center. But the movie I consistently gravitated towards, even as a very young child, was 1996’s Matilda. Something about this movie that I watched so often as a kid has kept with me throughout the years, demanding a re-watch every so often, even now.

Based on a wonderfully magical and whimsical children’s book by Roald Dahl (one which, after seeing the movie, became a bedtime story regular for me), the movie frames itself like a storybook. That’s probably the initial thing that attracted me to it from such an early age.

For those who have not seen it, Matilda is about a little girl. Obviously. That fact you can pick up on from the VCR or DVD cover, but it’s what I can assume tiny me first loved about the film. I saw a character just like me. Well, sorta like me. She has the power of telekinesis, which unfortunately I do not, but, weirdly enough, that’s not really what the movie is about.

As she grows in the film, Matilda becomes not only able to manipulate and move objects with her mind, but she also becomes, more importantly, clever, fierce, and independent. Matilda’s situation would be tough for anyone to handle, much less a kid. Her parents and brother are caricatures of cruelty; they discourage her from reading, force her to take care of herself, and show no support when she begins to achieve in school. But by being smart, fearless, and driven, Matilda discovers solace in her books, school, and in a specifically inspiring teacher, Ms. Honey. I won’t spoil the ending, because like I said, I think everyone should watch this movie, but I’ll go ahead and tell you that she does live happily ever after.

No, it’s not realistic. It’s not heavy or outwardly deep, but it taught me a lot. If I was ever feeling scared or nervous as a kid, I would try to channel my inner Matilda, and for some reason, that gave me the confidence to do and be what I wanted. It sculpted within me a love for being independent.

With the foresight of age, I see the lessons that I learned through the movie and can appreciate them in their full capacity. I see now that the movie is built on Feminist principles, something I can’t say about many other movies made for kids at the time. Sadly enough, Matilda is probably the first movie I saw that didn’t have a foundation of romance. It wasn’t about Matilda meeting a boy or learning to be like a boy. She wasn’t even actively overcoming the restraints of being female. She was just a girl, and that was enough. I think the most important feminist ideal this taught me, subconsciously, was that I am, first and foremost, an individual. Not a girl or young lady or even a strong young woman. I was, and am always, just me: complicated, sometimes weak, sometimes strong, sometimes aggressive, sometimes gentle, but always me.

I can’t remember the first time I saw the movie, so maybe this is not exactly a movie that “changed my life”. I have a lot of movies that really “changed my life” (like, changed me as a person), but I choose to write about Matilda because my appreciation for how it affected me evolves as I do.

Olivia is an 18 year old from the US, originally from Chicago but currently attending film school in Boston with hopes of becoming a screenwriter. One day, she hopes she will write a film so insightful that her parents will think maybe letting her live a thousand miles away from them as a teenager was worth it. She likes movies with lots of words or at least a few words that mean something. Whip it, Eternal Sunshine of the Spotless Mind, Beginners, and A League of Their Own are some of her favorites.

Endings and Beginnings in Women Directed Films of 2019

Don’t Kill the Past: 'The Rise of Skywalker' and the Troubled History of Star Wars

Why Women Should Have a Hand in Writing Their Own Characters: ‘The August Virgin’ and Slice of Life Filmmaking