I’m from a small(ish) town in the Midwest, so I was jumped at the chance to go to a film festival in nearby Bloomington, Indiana. Parts of Bloomington can be hit-and-miss for me (think Portlandia meets Animal House), but this trip was well worth it. The Bloomington PRIDE 2016 Film Festival lineup included several features shown between shorts—below are just a few highlights. You can view the full film list here

Exploring the issue of same sex marriage through the eyes of a politician’s family, Election Night felt at times a bit too smug in its cleverness, though as a whole still managed have an effective twist. Peri Gilpin (Roz of Frasier) had some good comic lines, and the film’s setting was believable and real. 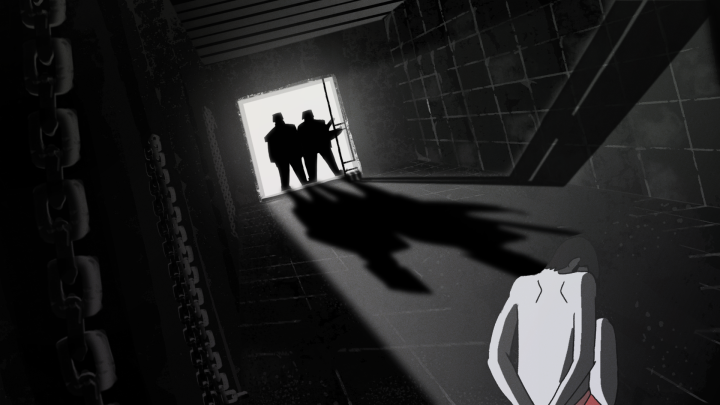 Cairo52 is animated film about the infamous 2001 raid of an Egyptian nightclub and the subsequent arrest of fifty-two men for “obscene behavior”. Drawn in stark black and white, this one packs a punch as it depicts the dangers faced by gay individuals in some areas of the world—even where homosexuality is supposedly legal.

A short documentary on world famous track and field star Stella Walsh, this film focused specifically on the controversy which arose following her murder and autopsy. The director was available to answer questions, and also spoke of his hopes to turn this short film into a full-length feature. Some of the film felt exploitative simply due to the subject, but with additional time to develop the story it’s likely the feeling would diminish.
Golden | Dir. Kai Stänicke

In the hands of a less skilled director, Golden might have read at times like a super sophisticated ‘It Gets Better’ ad campaign, but instead it felt warm and real, and it made me cry goddammit. Now all I want is a gold spray tan so I can be cool too.
Still a Rose | Dir. Kyle Hasday and Matt Stewart

“Spencer from Pretty Little Liars is in this!” –My brain, after watching this one for about a minute. Romeo and Juliet’s been queered before (it was, after all, originally performed by an all-male cast), and I wish this film had toyed a bit more with convention. That’s nitpicking, I know—it’s just that ‘Love is love’ has become shorthand within the ally community for ‘I can’t see you as different because different is scary and bad therefore I’ll just say you’re the same.’ All that said, I really enjoyed the film’s visuals.
Portrait of a Serial Monogamist | Dir. Christina Zeidler and John Mitchell

A movie starring a lesbian serial monogamist with flaws. I really enjoyed it, and it might be because I myself am a lesbian serial monogamist with flaws. As much as it makes sense to say “Happy endings are overrated,” I know in my heart I’m too much of a softie to fully embrace a sad ending–even when it’s realistic. Still, this one’s recommended.
Talking to My Mother | Dir. Leon Le 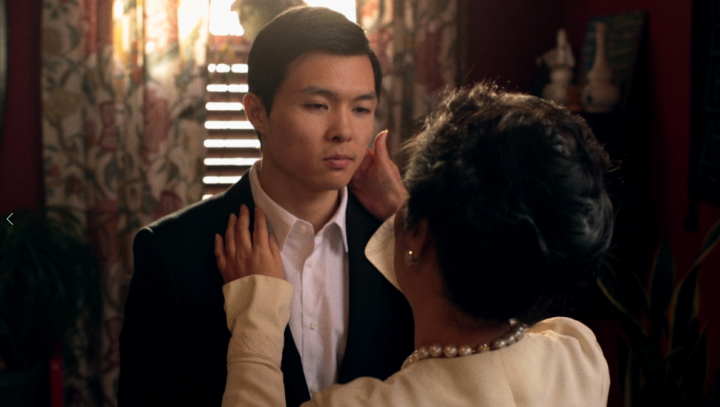 Talking to My Mother is brilliant in the unattainable technical way that some pieces of art are, you know? Like, I could go to a museum and look at something by Mark Rothko and think, “Yeah, okay—I could do that. Not conceptually or anything, but I have at least the skill to mimic the look” (I promise I’m not obnoxious enough to actually say things like this out loud to fellow museum patrons). Anyway, Talking to My Mother was like a Rembrandt painting—overwhelmingly skillful. I didn’t know Leon Le prior to the film festival, but I’m sure we’ll all be seeing his name again soon.

I Am Sam is a film about a trans individual’s search for self, and features a long take of the title character unraveling gauze bandages to reveal the human form beneath. The film is simple and visually striking, and addresses the gender norms thrust on gender non-conforming individuals both by society at large and by individuals within their own community. People should be free to live as they are. I hope this message was able to be truly understood by the audience—it’s an important one.

I am such a fangirl when it comes to movies like this—movies that seem like they could be on A&E, if A&E decided to do documentaries on closeted actors from the 50s. The tone of the film lived up to its title—the moments with Tab Hunter himself were intimate, as if he were confiding his story to friends. Clips of the actor from various films and television programs were shown between celebrity interviews which served to illustrate how little has changed for gay and lesbian actors in Hollywood.  You would think by 2016 that coming out wouldn’t carry as much weight as it might’ve in the 50s and 60s, but it does.

Juliette Faraone is 25 and feels it. She hails from Indiana and her habits include petting cats, reading books, and annoying her girlfriend with movie trivia. When she finally gets around to grad school, she plans to pursue a degree in gender studies and comparative literature. Her favorite films include Alien, Set It Off, and Meet Me in St. Louis. She rants about feminism on Facebook under the name Eyelash Welch.