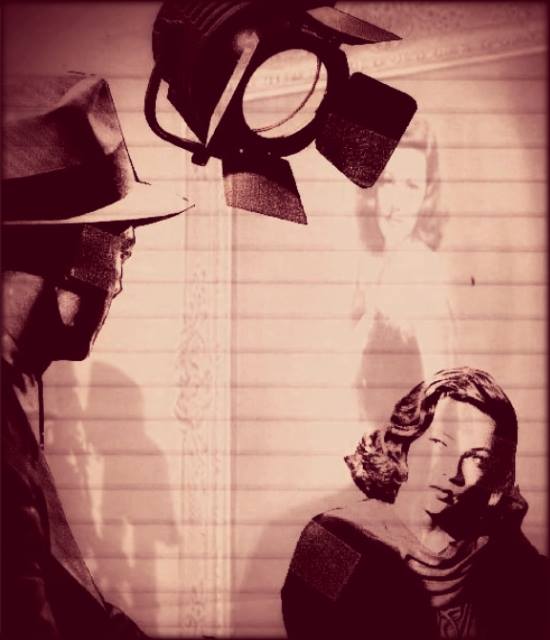 Laura has long been one of my favorite movies, and, looking for any excuse to celebrate Noirvember (however belatedly), I decided to make this film the focus of my next piece. If you haven’t heard of Noirvember, crawl out from under that rock and head over to the page (link). The concept, created by Marya E. Gates of Cinema Fanatic, is designed to celebrate film noir and its influence. Unfortunately, I’m as much of a procrastinator as I am an optimist, so this month I not only bit off more than I could chew with the writing, but I also pushed back my start date to the end of the month, and thus didn’t get around to writing much of anything until today. But hey, Noirvember’s in the heart, right?

Before revisiting the film, I wanted to get properly acquainted with its source material. Written by Vera Caspary and originally published in serial form, Laura was turned into a novel in 1943. The book was hugely popular, and eventually won the attention of Otto Preminger, who sought to produce a feature film adaptation. Initially, Preminger opted to work together with the author on the film’s screenplay, though artistic differences (likely code for Preminger being a self-important control freak) soon ended any possibility of a collaboration, and Caspary left the project in 1944.

In terms of genre, both works are firmly rooted in suspense–the book leans more toward a mystery romance, while the film fits pretty handily into the category of detective movie. I tend to think of film noir as a style rather than a genre, but regardless, all the elements are there.

Detective Mark McPherson, played by a stone-faced Dana Andrews, is called to the scene to investigate the apparent murder of Laura Hunt, a well-known advertising exec and socialite. In a series of flashbacks, Laura is slowly revealed to us. Gene Tierney, in one of her best-known roles, plays the part of Laura. She is effervescent, naïve, and ultimately dependent on the men in her life. This portrayal of Laura, though providing a fitting damsel for the screen, stands in stark contrast to the Laura of the novel. Caspary’s Laura is private and impulsive—fiercely independent and totally human:

“Never give yourself, Laura,” my mother would say. “Never give yourself to a man.” I must have been very young when she first said it to me, for the phrase had become deeply part of my nature, like rhymes and songs I heard when I was too small to fasten my own buttons. That is why I have given so much of everything else; myself I have always withheld.”

In addition to the theme of independence, Caspary emphasized class and its signifiers in her novel. McPherson initially views Laura as “just a dame”, and only after he becomes more familiar with her home and possessions does his attitude toward her change. Her records, her liquor cabinet, and her bedroom décor all indicate to McPherson that Laura is a woman of worth. In his eyes, she is elevated above the other women of the story, though of course his perception is false in more ways than one.

Although the film-makers toned down the novel’s themes, the movie manages in its way to subvert gender convention. Laura’s relative absence during first half of the film forces viewers to rely on a narrative fueled by male gaze. Laura is only seen and discussed in relation to the men of the story. She is objectified—literally: an oil portrait of Laura hangs over the mantel at her home—a symbol of the intrigue and value ascribed to her by men. The first half of the movie plays like a usual detective story, and I was reminded of Gail Simone’s “women in refrigerators” trope, which draws attention to women’s deaths as plot devices within a narrative. In dying, Laura becomes an impetus for action. Her death and McPherson’s subsequent murder investigation propel the story.

This pattern is reversed mid-film, when Laura returns to the scene. Her introduction takes us (and a sleeping McPherson) by surprise. Is she a dream? A ghost? Viewers aren’t initially sure, but from this moment on, Laura distinguishes itself from so many other hardboiled detective stories: Laura Hunt is no longer a prop, but a fully active participant in her own story.

Juliette Faraone is 25 and feels it. She hails from Indiana and her habits include petting cats, reading books, and annoying her girlfriend with movie trivia. When she finally gets around to grad school, she plans to pursue a degree in gender studies and comparative literature. Her favorite films include Alien, Set It Off, and Meet Me in St. Louis. She rants about feminism on Facebook under the name Eyelash Welch.