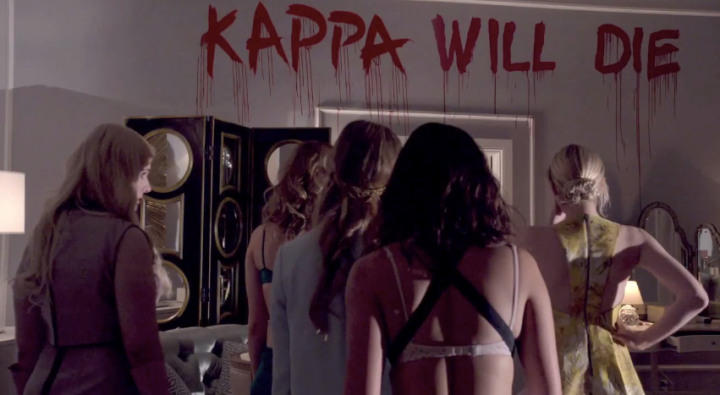 Scream Queens is like marmite, people either love it or hate it – and I fall into the first group. It’s my newest obsession, having rapidly become the TV highlight of my week – this is, for the most part down to Emma Roberts latest diabolical character: Chanel Oberlin. Chanel is the leader of Kappa Kappa Tau sorority, which just so happens to be the target of a serial killer known as The Red Devil. As well as being Kappa’s leader, Chanel is the bitchiest, shallowest, meanest, most self-absorbed and hateful (towards everyone apart from herself) character to grace mainstream TV for a long time. Featuring alongside Emma is an unlikely mish-mash of stars – ranging from Nick Jonas and Ariana Grande to Jamie Lee Curtis, making the show all the more strange, as you don’t normally associate squeaky clean pop stars with slasher horror.

The show comes off as being super aware of its “Scream” meets “Mean Girls” nature and plays on it – the one liners are a highlight for me, my favourite being “Ok Pissy Spacek.” The humour used definitely places it within the dark comedy genre as well, sometimes almost delving into parody territory. The oddball humour, ridiculous murders (I mean someone dressed as a giant ice cream gets killed with a chainsaw – which was surreal) and kind of campy vibe Scream Queens gives off makes it, for me at least, essential viewing. What’s also great is that it’s clear how much fun the actors are having with it – Emma Roberts is visibly in her element as Chanel, something that you could put down to her playing another queen bitch in “American Horror Story: Coven”, but is more to do with just how far she can take Chanel in terms of hideousness (to me at least) – be it through manipulation and clinginess towards her nearly as awful on/off boyfriend Chad, or through viciousness towards the other girls.

After watching the pilot I was worried that the plot would end up being too stupid for its own good and be the shows downfall. However, it proved me wrong. Each episode has a central plotline, but at the same time manages to keep threading you ideas and throwing unexpected twists at you over the identity of the Red Devil. The ‘who dunnit’ trope does give the show quite a retro feel, which complements its aggressive modernity very well.

Scream Queens is the perfect Halloween show, especially as nearly every episode has featured a pumpkin. It’s gory, funny, dark and a little bit spooky – you can sit back, turn off your brain (for the most part) and let yourself be entertained, something that every now and again – everyone needs. 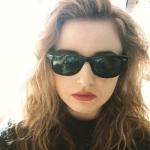 Megan Gibb is a 19 year old from Cambridge, based in Manchester for university and has been in love with all things film ever since she can remember. Her fave films are The Terminator, Drive, Forrest Gump and Fight Club but she also has a huge soft spot for 1980’s John Hughes films. Her main interests include shopping for vinyl, eating too much carrot cake and making wall collages of 80’s bands for her and her friends. She can be found on twitter @megang96 and blogs atpopdunk.

Categories: Anything and Everything, TV