I (Don’t) Enjoy Being a Girl: Splendor in the Grass 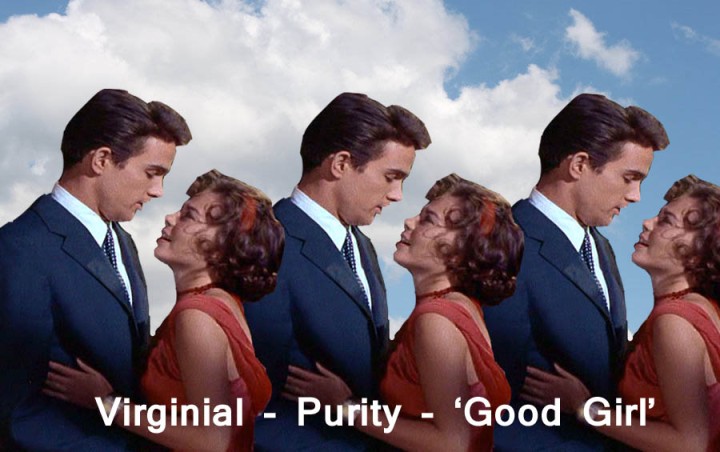 Splendor in the Grass is a 1961 film directed by the masterful Elia Kazan (East of Eden, A Streetcar Named Desire, On the Waterfront…) and written by playwright William Inge. Inge and Kazan’s film is one of the few films, especially during that time period that dared to discuss both adolescent female’s sexuality and how detrimental the constraints put upon by society on them can be. In light of the abstinence-only or True Love Waits sexual education seen in classrooms today, this film is thematic proof of the harmful ramifications that stance can have on young men and women. In 1920s rural Kansas, two teenagers grapple with their feelings of desire despite the puritanical societal pressures put upon them by the town and their parental figures.

Towards the beginning of the film, high school student Deanie Loomis (played by Natalie Wood) listens to her teachers lecture on King Arthur. “The knights all held a very high regard for womanhood. In fact, they put woman on a pedestal. Do any of you feel that you are on a pedestal?” This lesson epitomizes the overall thesis of the film. All throughout Deenie’s life, she is held up on a perpetual dais to have a steadfast purity. Her family, but more so her mother, are the ones to lift her up there. They urge her to remain a “nice girl”, despite her growing sexual desires for her boyfriend, Bud Stamper (played by Warren Beatty in his screen debut.)

Natalie Wood remarkably portrays the undercurrent of that desire which pulses inside Deanie. She gazes starry-eyed at the photos of Beatty that adorn her bedroom. She lays in bed and hugs her teddy bear in a tight curl of frustration. The audience recognizes that this not a mere teenybopper crush. She wants him, just as bad as he wants her. Yet, as evidenced in the opening scene, she stops him when they grow too hot and heavy. She must remain a nice girl, after all. We can’t destroy what mother and father think of us. Or the other girls at school. Or the boys. Or the whole town.

Deanie implores her mother for advice, “Is it so terrible to have those feelings about a boy?” “No nice girl does.” Her mother replies, hammering that constant incantation that must echo inside Deanie whenever she’s with Bud, you must remain a nice girl. “Bud could get you into a whole lot of trouble. Boys don’t respect a girl they can go all the way with, they always want a nice girl for a wife.” Mrs. Loomis scolds. This tells Deanie that her feelings are wrong and dirty, if she sleeps with Bud he won’t want to marry her, and she will be ruined. “Your father never laid a hand on me until we were married. Then I just gave in because a wife has to. A woman doesn’t enjoy those things the way a man does. She just lets her husband come near her in order to have children.” Once again, her mother blatantly concedes that Deanie’s feelings are wrong and she is wrong for having them. Women don’t enjoy sex and they shouldn’t, bottom line. Deanie is even wrong for going as far as she has with Bud already.

Bud too asks for advice from a parental figure- his father, who is an equally commanding presence as Mrs. Loomis is. Ace Stamper pointedly tells his son that there are two kinds of girls in the world, the nice kind like Deanie, and the other kinds who can help a fellow out with his frustration. Bud is not held up to any sort of standard, no one lectures him saying that he is a “nice, stand-up guy” who should wait until he marries Deanie. Nor is Bud is not shamed for having these frustrations, instead he is encouraged to rectify them. And Bud does exactly that- asking Deanie for them to take a break and subsequently inviting the “fast” girl at school out, who is more than willing to help him out with that frustration.

Upon hearing of Bud’s conquests, Deanie begins spiraling into an eventual breakdown. And indeed, it is no doubt heartbreaking to hear of someone who you once deeply cared for–Bud and Deanie are shown as having a fulfilling connection with one another that did not just revolve around the potential of sex—jettison you so quickly to fulfill a brief carnal desire. But the film takes Deanie’s heartbreak to extreme levels. The infamous bathtub scene is the beginning of Deanie’s descent. It is perhaps the triumph of Natalie Wood’s career, and no doubt aided in securing her Oscar nomination.

Deanie is taking a hot bath to calm down after hearing the stories about Bud. Her mother enters the room to check on her, asking what has been the matter the past few days. Mrs. Loomis suspects it has to do with the fact that Bud has not called on Deanie. She threatens to call up Bud to admonish him, but that makes Deanie completely freak out. “If you do something like that- I’ll do something desperate!” (While this scene is masterfully acted, I oddly can’t help but think of Bella Swan jumping off the cliff in New Moon after breaking up with Edward. This was also a heroine who did something desperate after not having a boyfriend anymore…) The mother grows suspicious to Deanie’s frantic reaction. “How serious did you and Bud become?” Then gravely, she asks, “Did he spoil you?” This is an interesting choice of words, intendedly inferring that as a girl sex before marriage disgustingly ruins you. This sets Deanie off completely, the turbulent emotions she’s been internally experiencing finally bubbling to the surface. “I’m not spoiled! I’m just as fresh and virginal like the day I was born! I’m a lovely virginal creature who wouldn’t think of being spoiled.” She yells. The candor of the dialogue is bold and startling, explicitly combating her mother’s worries. Deanie jumps out of the bathtub, naked body openly displayed and yelling, “I’m a good little girl! I’ve always done everything mommy and daddy tell me!”

Deanie’s threats to do something desperate come true on the night of a school dance. She dresses in a wild red flapper-like outfit (clearly mimicking Bud’s big-city older sister, a wild flapper herself who drinks, smokes, and has many beaus) and smokes a cigarette. Deanie’s date to he dance is another schoolmate Toots, but she manages to get Bud alone with her outside. She throws herself at him, making it clear that she truly wants to go all the way with him. Bud is in contempt, protesting that Deanie is a “nice girl!”. Deanie eventually makes off with Toots, but while they are making out in the car she realizes she can’t go any further with him. She manages to escape, but is nearly raped by Toots in the process. Driven to madness by the chaotic situations, she runs away and tries to drown herself in the nearby pond.

Deanie is then taken to the hospital, moaning “Bud” over and over in her bed. Her parents eventually decide to have her institutionalized. Deanie lives in the asylum for two years and six months. To me, that seems like an overly long time. Meanwhile, Bud deals with different consequences during the aftershocks of their relationship, but they are not nearly as trying as Deanie’s situation. Bud’s complications are less mentally vexing, more so arising from career frustrations. His father wishes for him to be a Yale student, while Bud wants to work on the farm. It does irk me that Deanie seems to hold on to the ashes of their relationship more than Bud, and nearly going insane because of it. While Bud is indeed saddened by the end of their relationship, he has a job to deal with. Perhaps this illustrates how men are the axis in which women’s lives revolve around, while also reverberating back to the opening classroom lesson of how they are held up on pedestals. Women have a lot farther to fall. The film’s poignant ending, however, puts them both on the same level again, as they both see what they left behind and what could have been.

Upon returning home from the asylum, Mrs. Loomis confides to Deanie that she only tried her best as a mother. That she raised Deanie just as her mother raised her, and how her mother’s mother must have raised her. Because of these societal rules passed down from generation to generation, Mrs. Loomis ends up suffocating Deanie’s natural human instincts in order to give her a non-sexual identity that she is comfortable with, to remain virginal little girl until marriage. The film illustrates the damage of archaic social values, and the ramifications it has on the natural yet pent-up sexuality of teenagers. Deanie and Bud were in what seemed to be a committed and fairly loving relationship, all they wanted was to be able to express that physically. For Deanie, a woman, that desire of expression is shameful, and it is she that faces the most torment regarding her identity and desires. Splendor in the Grass is an early film that tackles the complications of female sexuality, while revealing the harmful consequences of commodifying teenage sexuality. 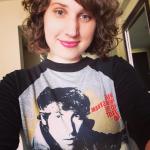 Tagged as: caroline madden, Feminist Criticism, splendor in the grass