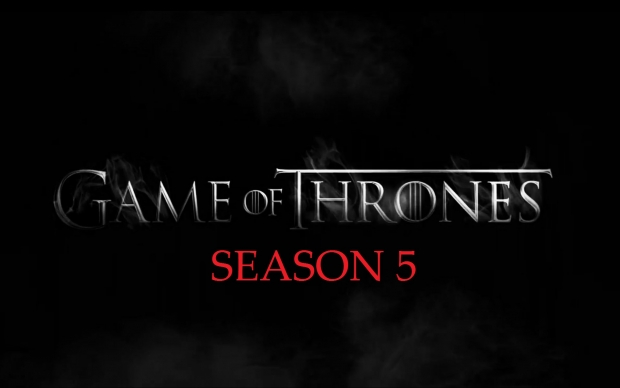 Stream Of Consciousness is a segment dedicated to the mind ramblings we all have whilst watching movies.

So, I’d like to preface this by saying that I only started watching Game of Thrones because a guy I’m dating likes it. That being said, our marathon weekend spiraled into a full blown addiction for me, culminating with me watching all five seasons over the course of three days. Needless to say, I am a fan now.

Over the course of these three days of nonstop Westeros action, I posted a Facebook status about once a minute over something that had happened. People ended up loving them, and so that leads us to this piece.
Here is my unedited, uncensored, knee-jerk reaction inner-monologue that played while I watched the season 5 finale.

-I have yet to figure out Melisandre’s end game.

-Girl, her eyelashes though. I need the makeup artist to spill mascaras secrets.

-Okay wait… Shireen’s mom killed herself out of guilt? Didn’t she loathe looking at her daughter? Change of heart too late, Miss Thang.

-Daenerys gave us one of the most gag worthy moments EVER last episode and they choose to begin the finale with this boring story line?

-Okay, Sam swiped his v-card with Gilly and now he wants out of the Watch. I guarantee his biggest motivation for peacing out is to guarantee a repeat performance with his Wilding lover.

-It’s nice to see that even in fictional fantasy universes, guys brag about their sexual conquests.

-I hope Stannis loses this battle. Then I won’t have to sit through anymore agonizingly slow storylines. Shireen was the best thing about him.

-Seriously. The show should just be Daenerys riding dragons and Margery and Cersei insulting each other.

-Thank you, Sansa, for demonstrating another use for wine openers. When people find one in my bag, I’ll no longer look like an alcoholic. Rather, a survivalist.

-$50 bucks says Podric and Brienne will leave immediately before Sansa lights the candle in the tower.

-Everyone reading this now owes me $50.

-Brienne killing Stannis is one of the most satisfactory things ever. Like, she’s the ultimate Gay Beard. She defended her token homo’s honor even though he died like… 29719823 plotlines ago.

-I know he’s an utter psychopath but Ramsay Bolton could get it.

-YAAAAASSSS THEON YAAAAAASSSSS! That was literally the most satisfying smack noise I’ve ever heard. You’ve almost redeemed yourself. ALMOST.

-I bet Myranda survived the fall. Martin would totally pull that shit.

The lack of wiggery and ornate costumes this episode is super disappointing.

-Another $50 says we won’t see Theon or Sansa again after they jump.

-Arya is giving some Bolton Family crazy right now. Like, this is borderline masturbatory. She’s doing all of this to make herself feel good.

-WAIT WHAT!? HE KILLED HIMSELF?

-Maybe you should have warned Arya how dangerous it would be to use a face while she was still Someone. I’m pissed. This is so unfair to her.

-That kiss seems really unnecessary… But it is Dorne… so…

-But ferreal that lipstick shade was flawless. And practical. Kiss of death realness.

-So glad Greyworm is alive. He could get it.

Okay, but where is Daenerys? I literally do not care about this political nonsense.

-I’m semi-happy/semi-pissed her flawless white gown is no longer flawlessly white. But I’m so glad that instead of tearing the cape off, she just tied it up in back. Like yes girl, you need to survive but you don’t have to look basic doing it.

-YAAAAASSSSS THE DOTHRAKI ARE BACK! That whole tribe could get it.

-Nbd just gonna ride in circles for an unclear amount of time.

-Cersei’s current storyline makes me so angry. Why do religious groups get to do whatever they want in Westeros?

-I know it’s not meant to be funny, but I did not expect that guy to scream ‘cunt’ and now I can’t stop laughing.

-How taxing must this have been to film? How many takes? I would probs cry for a month and never leave my bed again.

-I want The Mountain to crush Westeros Fred Phelp’s head in. Nothing would make me happier.

-Really? Back to The Watch? We’ve already covered them this episode. Nothing is STILL happening there.

-I mean, really? Wasn’t John Snow like the closest thing GoT had to a main character?

-He’s totally not dead. Melisandre brings people back to life and Snow has king’s blood.

Ultimately, I was disappointed. I was expecting a roller coaster and I got a peaceful bike ride. I don’t even think my thoughts were funny this time. HBO better bring it next season. I want Margaery out of jail, I want Cersei exacting her revenge, I want full-frontal Jaime Lannister nudity, and I want Snow to remain dead so I don’t have sit through his boring storylines.

Also, if you’ve never seen it, I recommend everyone watch Gay of Thrones on Funny or Die. It truly tells the story better than HBO.

Canonically, 23 year old Tyler hails from Fairbanks, AK. But as that is a pretty boring origin story, he prefers to tell people he’s a fabulous creature of the ocean, banished from the aquatic depths because all the other merfolk were hella jealous. Currently residing in South Korea, he one day hopes to work in fashion and entertainment. His guilty pleasures include overpriced cosmetics, trashy reality TV and B-List horror flicks and his top 3 films of all time are Showgirls, Mean Girls and Heathers. He can be found regularly avoiding responsibility at his Tumblr  (cryface-larddick) or stalking drag queens on Twitter (TDziubinski)

Tagged as: game of thrones, Stream Of Consciousness, tyler

“Not growing a tree, but a forest” INTERVIEW: Theresa Ikoko, writer of ROCKS

‘Inez & Doug & Kira’ Is A Contemplative Melodrama Without an Easy Resolution